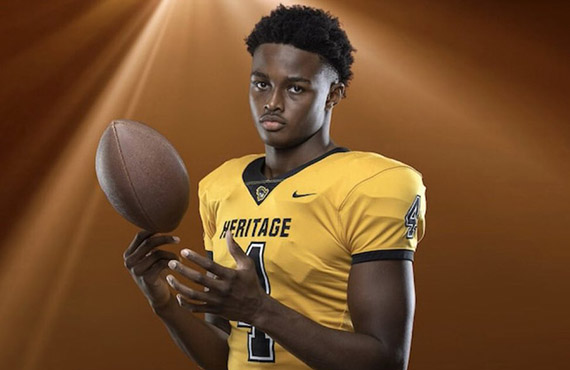 Thank you god for putting me in this position ! #Top10 pic.twitter.com/e1DPfEFujz

The 6-4, 235-pound Turner is considered the 14th-best outside linebacker and No. 165 prospect overall in the class of 2021, as he recorded 74 tackles, 18 tackles for loss and 15 sacks to help Fort Lauderdale American Heritage to the regional finals last fall. He transferred to St. Thomas Aquinas in January, joining a program that won the Class 7A state title and GEICO national championship one season ago.

The Buckeyes already hold a commitment from Ironton, Ohio, four-star linebacker Reid Carrico, while Cincinnati La Salle four-star safety Jaylen Johnson is someone who could potentially develop into the Bullet position in the future, as well. That allows the staff to be very selective if it chooses to bring on another player at the position, with Turner and Suwanee (Ga.) North Gwinnett four-star Barrett Carter at the top of the list.

Ohio State also views Turner as someone who could develop into a defensive end at the next level, which is why defensive line coach Larry Johnson is working hand-in-hand with linebackers coach Al Washington in his recruitment. Turner attended the Buckeyes’ 73-14 win over Maryland last November, and then landed an offer from Washington during the January contract period.