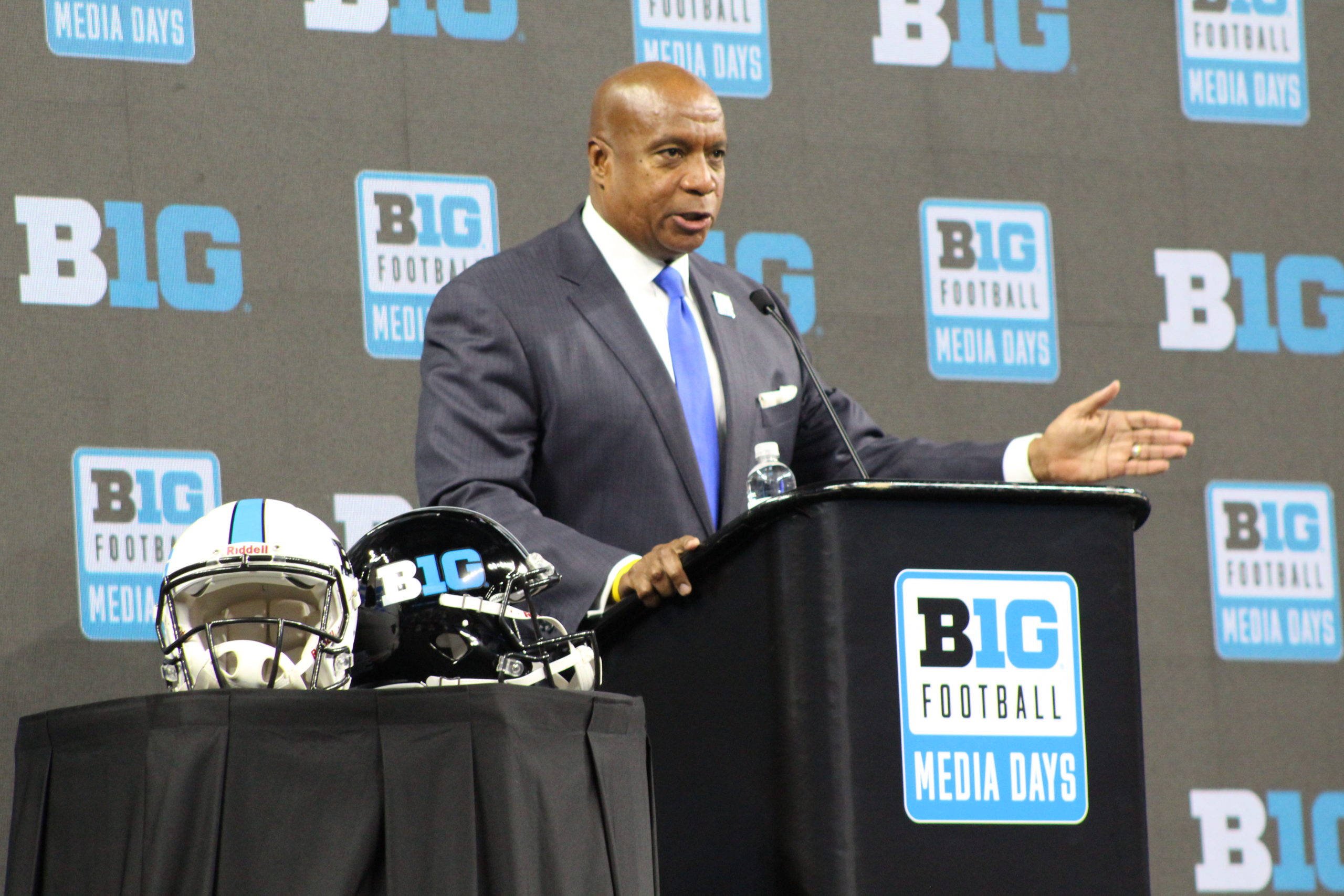 Big Ten commissioner Kevin Warren spoke on several topics while kicking off Big Ten Media Days in Indianapolis on Tuesday, including the potential for playoff expansion in the next few years.

Several ideas have been thrown around for the future of the College Football Playoff, with the format ranging anywhere from four to 16 teams and the possibility of automatic qualifiers for conference championships.

“I’m excited that we now will have some new members in the room who will have very creative ideas,” he said. “Even in the Big Ten Conference, our new presidential representative will be Dr. Kristina Johnson, the president at the Ohio State University, who was a student-athlete herself at Stanford. She’s a businesswoman, has over a hundred patents from a business standpoint, incredible leader. So to be able to get her ideas as far as what format is best, I’m looking forward to working with her.”

Warren said meetings are coming up this fall to discuss what the best format might be, though he declined to state what his or the Big Ten’s preference would be for expansion. Ohio State athletic director Gene Smith had previously indicated that he would not be surprised if a 12-team format eventually wins out.

“What is that right number? We’ll figure it out. I’m confident we’ll get College Football Playoff expansion resolved,” Warren said. “I feel very strongly that we need to open it up to have multiple media partners, that we need to have from the college football standpoint. We need to take a holistic view. We need to make sure we protect some of the critical bowl relationships.”

Regardless of what the eventual format might look like or when expansion of the College Football Playoff goes into effect, Warren said he is confident that expansion will happen.

“So as we work through all these, whether it’s automatic qualifier, whatever the case may be,” Warren said, “I’m confident as we get these new individuals in a room, get these issues on the table, that we’ll be able to reach some resolution and again make sure we ask ourselves the right questions for the right reasons at the right time for our student-athletes and our fans, but I look forward to the day we can expand the College Football Playoff, and I’m confident that it will happen.”