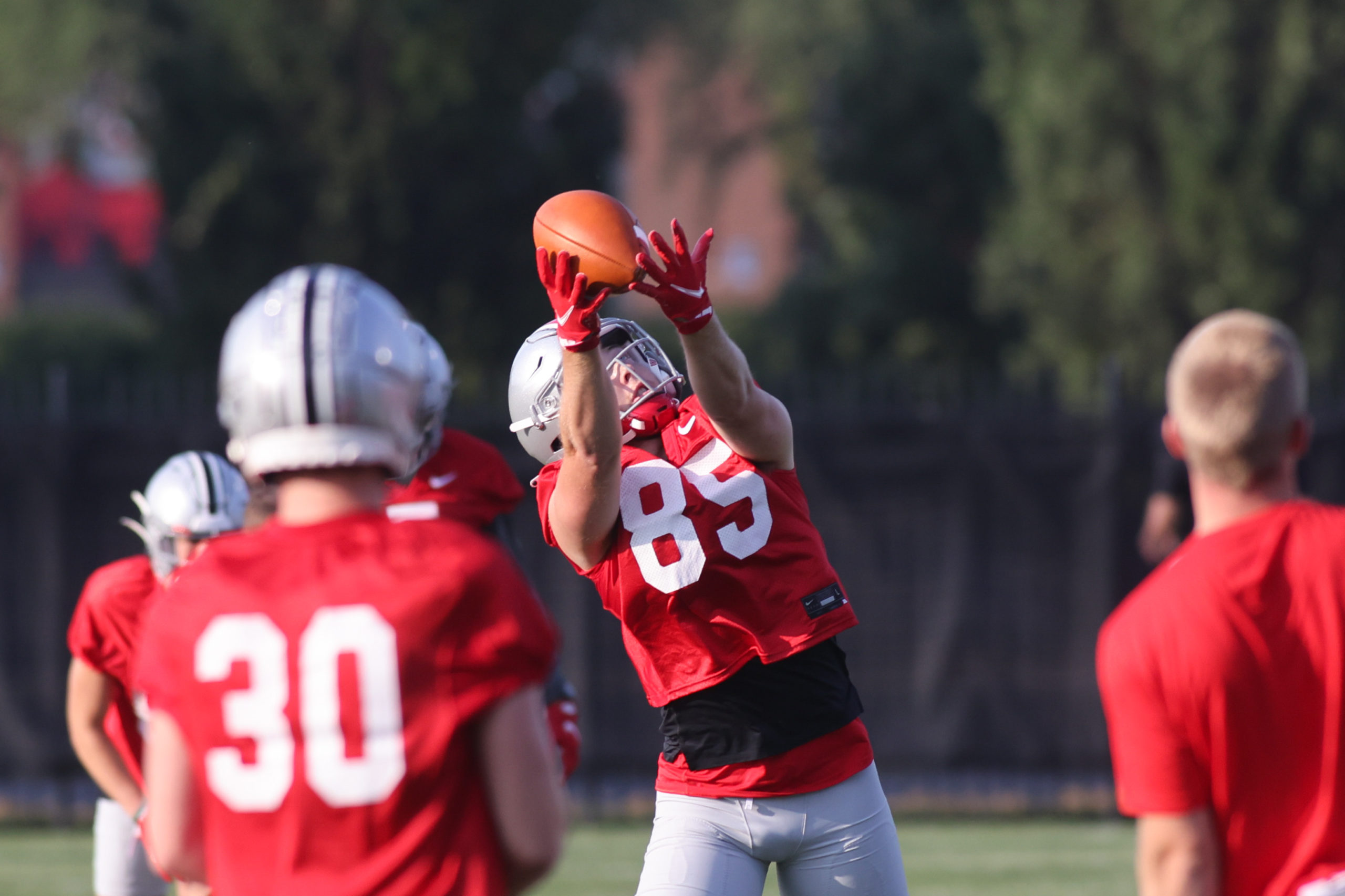 Ohio State senior walk-on wide receiver Austin Kutscher is slated to use his COVID-allowed final season of eligibility elsewhere in 2022 according to a report from 247Sports’ Patrick Murphy, as the wideout has entered the transfer portal.

Kutscher is the first member of Brian Hartline’s wide receiver room to announce his intention to transfer this offseason, but the Buckeyes have quite a bit more than just two and a half men slated to play their football elsewhere next season. Defensive backs Ryan Watts and Craig Young have both entered the portal and the latter has already committed to Kansas, as have linebackers Dallas Gant and K’Vaughan Pope, and quarterbacks Quinn Ewers and Jack Miller, with the former signing on with his home-state Texas Longhorns.

Kutscher competed in five games for the Buckeyes over his four seasons in town, playing against Miami (Ohio) and Maryland in 2019, and Rutgers in 2020 and Maryland and Michigan State this season. He did not record any stats in his five games with the Buckeyes. The Massillon, Ohio product was one of the state’s most productive receivers during his high school days but found himself caught behind an increasingly talented batch of receivers. He’ll look for a program that can offer more playing time for his final season.