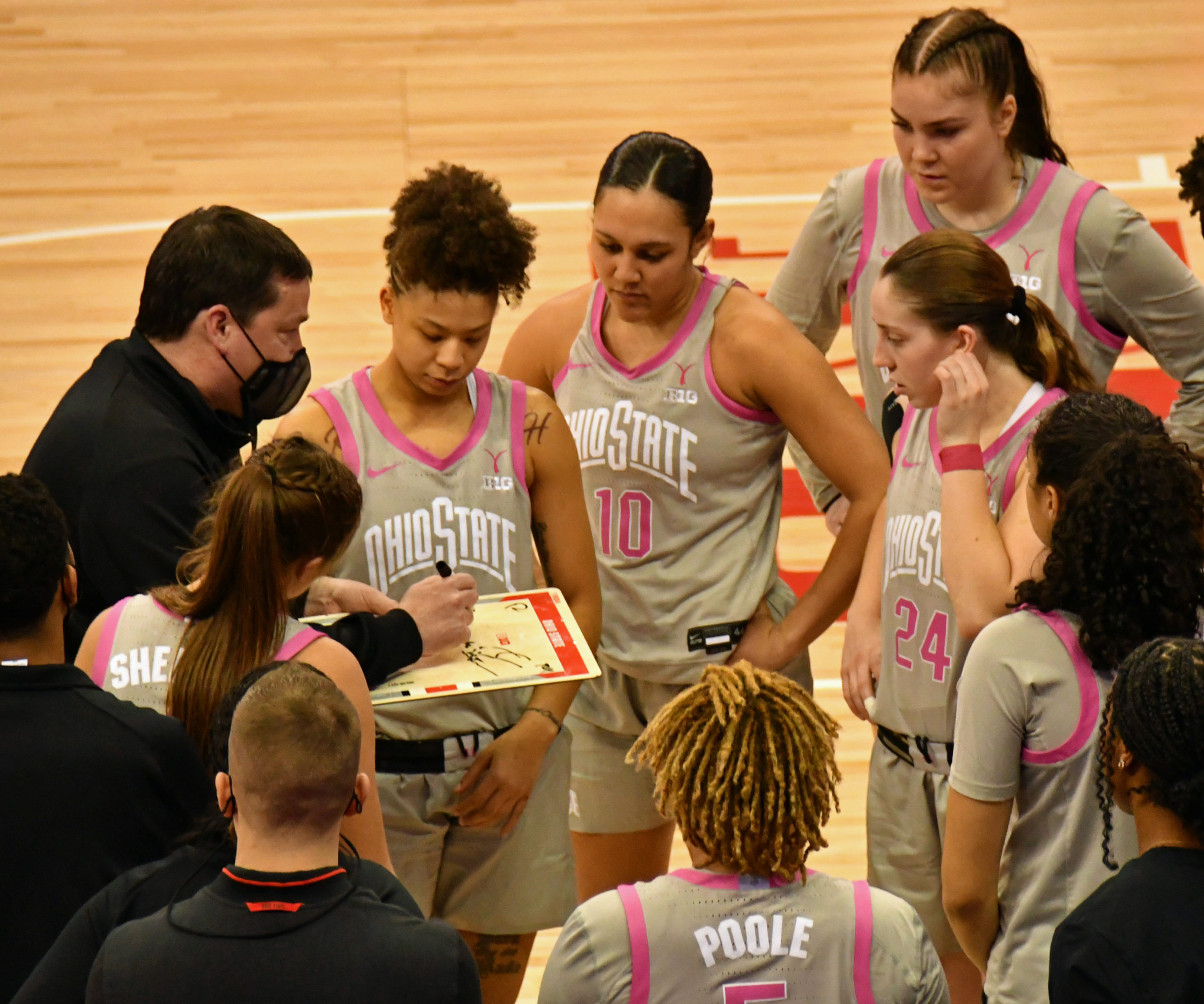 Ohio State women’s basketball is making its first run to the Sweet 16 since 2017, and with that, the majority of the team is getting its first look at the second weekend of the NCAA tournament.

Three on the roster had made it to the tournament before this season, including senior guard Braxtin Miller at Oklahoma State in 2017-18, senior guard Taylor Mikesell at Maryland in 2018-19 and Oregon in 2020-21 and graduate forward Tanaya Beacham in 2016-17.

However, only Mikesell’s Oregon squad made it to the second weekend, where the Ducks fell to No. 8 Louisville in the Sweet 16, 60-42. Now, following a win over No. 11 Missouri State and an upset over No. 3 LSU, the No. 6-ranked Buckeyes are keeping their season alive.

“It was amazing,” redshirt sophomore guard Rikki Harris said of the environment at LSU and playing in the tournament. “We went in as underdogs. We’ve seen a lot of brackets, and ESPN had us losing by three, so we didn’t really have a chip on our shoulder. We just went in there and played hard, and knowing that you don’t have anything to lose and you could just play your hardest, it’s not easy, but it takes the weight off your shoulder.”

After missing the tournament in the 2018-19 season, the tournament was canceled the following year, and Ohio State served a self-imposed postseason ban in 2020-21. The Buckeyes likely would have been in line for the tournament the past two seasons, but this means this is the first chance for the majority of the roster to show out on the big stage.

While the younger players are on even ground in terms of tournament experience, the veteran leadership on the team is still helping to lead the Buckeyes through this postseason.

“They’re very focused and determined,” Thierry said. “They’ve been playing for quite a while and I think they have a lot of experience. I’ve just been kind of following their lead and their role and the example that they’ve been setting and just making sure that we’re all playing our role.”

Even with most of the roster not having experienced the tournament, the Buckeyes’ poise would say otherwise. Their wins over Missouri State and LSU both required comebacks and holding off their opponent at the end, and head coach Kevin McGuff has been pleased with how they’ve handled the pressure.

“Even in the first game, we had a tough game against a great opponent where we had to really execute at a high level down the stretch,” he said. “I thought our kids handled it really well, and everybody stayed poised and stayed together and did what we had to do to get the win and play well against LSU.”