Rikki Harris Good To Go For Friday’s Matchup With Texas 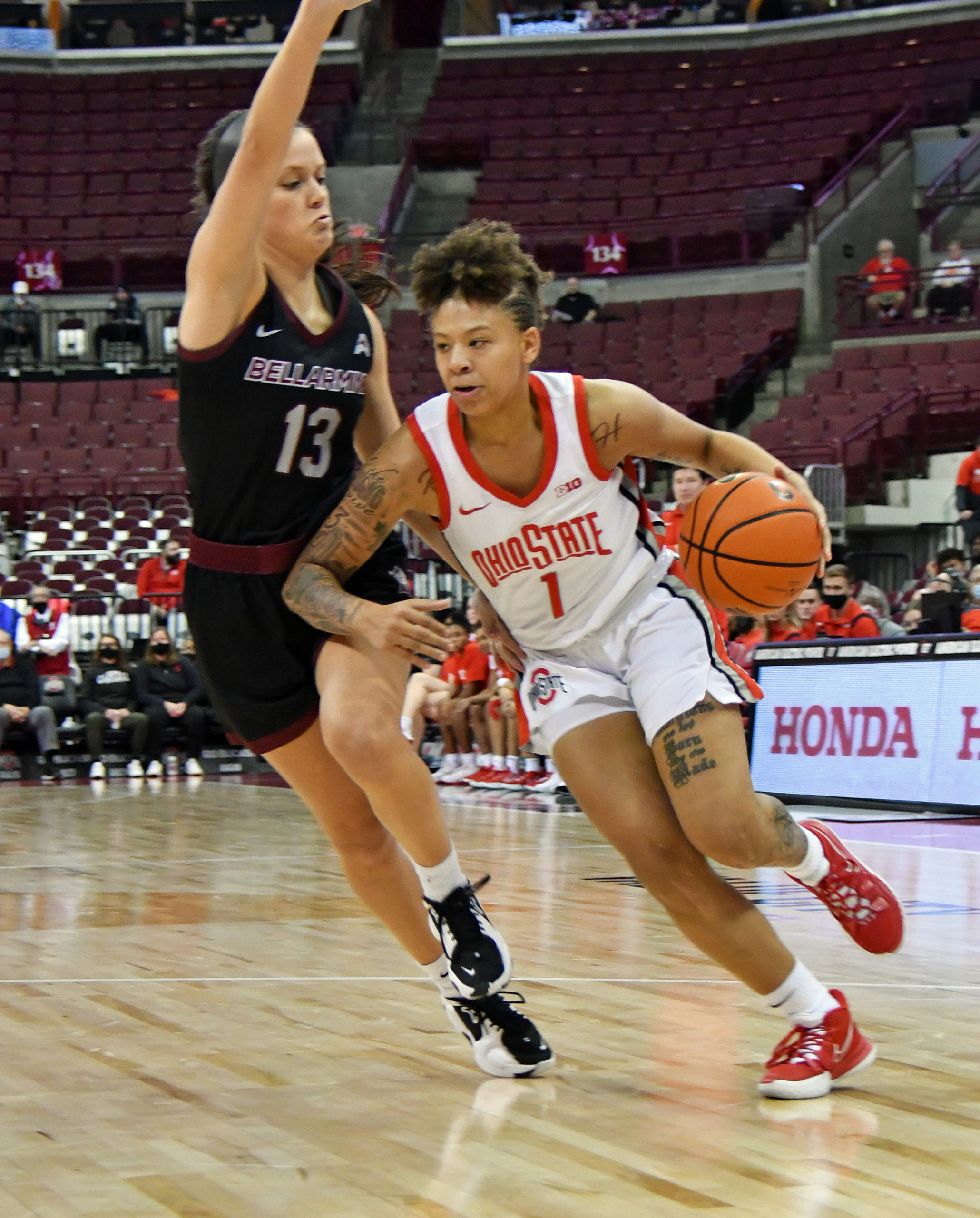 Ohio State redshirt sophomore guard Rikki Harris exited the Buckeyes’ 79-64 win over LSU in the fourth quarter after sustaining an injury, but she’s expected to be good to go for the Sweet 16.

Head coach Kevin McGuff spoke to the media on Wednesday and confirmed that Harris is expected to play for No. 6 Ohio State in its matchup with No. 2 Texas on Friday.

Harris exited the game after going to the floor and appearing to hit her head on the scorer’s table. She remained on the ground briefly before being assisted to the locker room, when she remained for the game’s final minutes.

This was not Harris’ first brush with injury this season, as she’s suffered a number of hard falls and some hits to the head, including one that forced her to wear a face mask for several games earlier this season. To her credit, she has still appeared in every one of Ohio State’s games this season, and has made 17 consecutive starts after working her way into the starting five earlier this year.

Harris also spoke to the media, confirming that she is good to go for Friday.

“It’s amazing,” Harris said of the tournament experience. “Especially for our seniors, some of them have not been able to make it this far, ever. Seeing how excited they are about it and doing it for them for their last year is amazing. Knowing that we have more years to come and seeing what we can do now is making us happy for what will come next.”

Harris has started every game for Ohio State since a contest against Michigan State on Jan. 12, and her presence in the starting lineup has led to a defensive turnaround for the Buckeyes in the latter half of the season.

The Buckeyes will play Texas in Spokane, Wash., on Friday, tipping off at 7 p.m. on the East Coast.