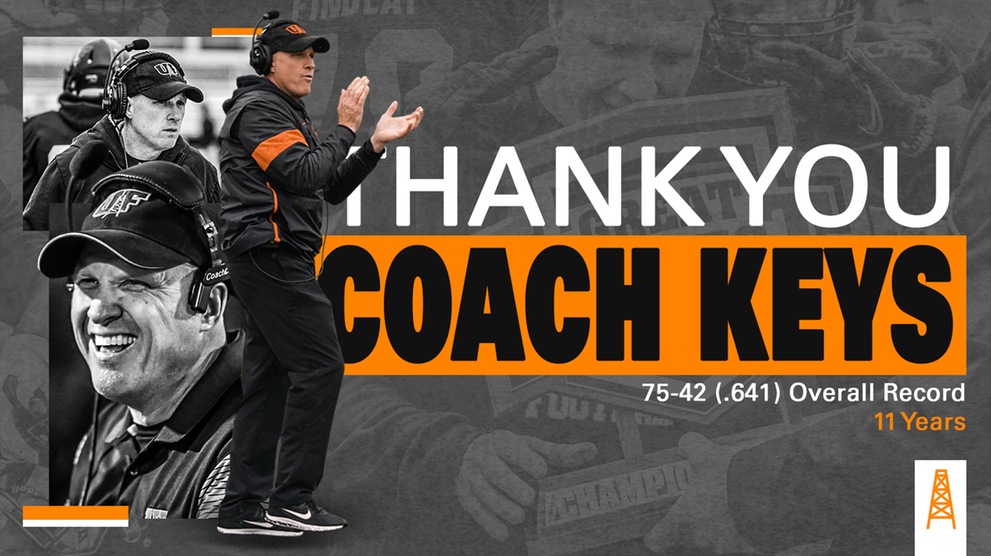 University of Findlay head coach Rob Keys has resigned his position to join Ohio State’s staff in a special teams role. Keys led the Oilers, a Division II school in the Great Midwest Athletic Conference (G-MAC), to a 75-42 record during his 11 years at the helm.

“I appreciate all of the players and staff that allowed us to have such great success over the past 11 seasons here at Findlay,” Keys said. “I feel that the program is in a better position today than it was the day I was hired. It’s hard to put into words what has been accomplished over the past 11 years and that could not have been done without everyone directly and indirectly involved with the program. There’s no doubt I will miss all the players that have made my time here so special and I wish them all future success. I’m excited about my new coaching opportunity at Ohio State.”

“Rob has done an incredible job during his time here and has our football program competing at a championship level,” said Vice President of Student Affairs and Director of Athletics, Brandi Laurita. “His passion, energy, and love for the orange and black will be missed. At the same time, we want to wish him luck as he starts a new chapter of his life at Ohio State.”

Prior to becoming head coach at Findlay, he spent time as the school’s co-defensive coordinator and special teams coordinator, and also coached at his alma mater, West Virginia, and at Indiana State University, Slippery Rock University and the University of New Hampshire.