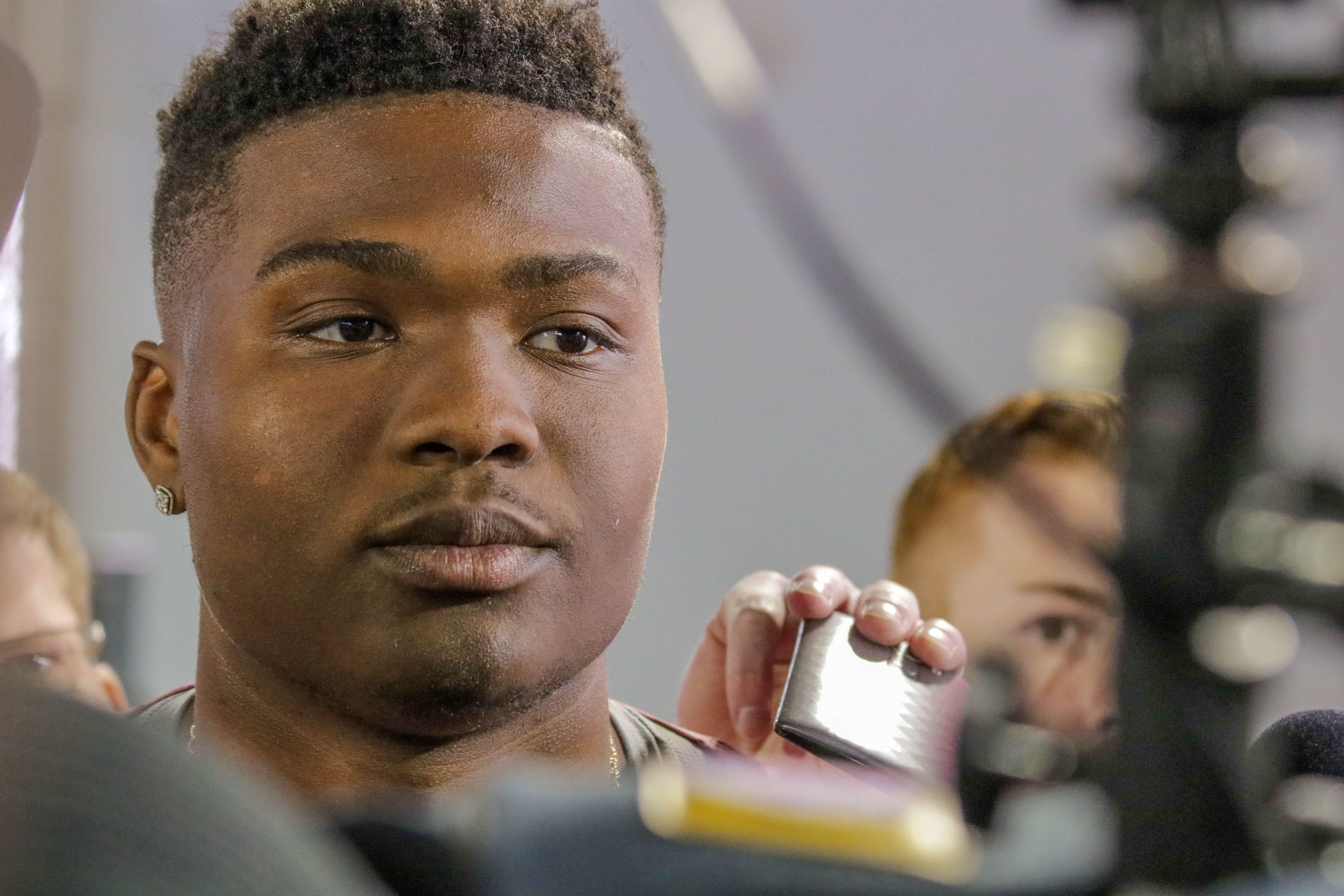 Former Ohio State quarterback Dwayne Haskins was hit and killed by a dump truck near Fort Lauderdale, Fla., earlier in April at 24 years old. According to audio released by the Broward County Sheriff’s office on Wednesday, his wife, Kalabrya, told a 911 dispatcher that Haskins was walking to get gas on the morning he died.

Kalabrya told the operator that her husband called her early on April 9 and told her he was getting out of his vehicle to acquire gas and that he would call her when he returned to the car. When she didn’t hear back, she called 911 again and requested that dispatch check his last-known location.

“I kept calling and calling,” Kalabrya told the dispatcher. “He wasn’t answering. Eventually, after 10 minutes of calling the phone, eventually it cut off. It’s not working now. I had his location. I just want somebody to go in the area and see if his car is there and if he’s OK and if anything happened to him.”

The dispatcher told Kalabrya that an accident was reported near where she said her husband had left his vehicle. However, she could not confirm if Haskins was involved. The audio released on Wednesday also included calls from eyewitnesses who said they saw a dump truck hit a pedestrian.

The Florida Highway Patrol released a crash report revealing that Haskins was walking on the westbound side of I-595 when he entered the travel lanes and into the path of the dump truck. The vehicle was traveling in the center lane when it struck Haskins.

The report concluded that Haskins improperly used the roadway, and the dump truck driver was found not to have taken actions that contributed to the accident, according to the investigators’ judgment. Haskins was also struck by a second vehicle traveling beside the dump truck. That vehicle took evasive maneuvers to avoid him, but the car partially hit him on its right side undercarriage, according to the report.

Based on one witness’ account, a third vehicle may have been involved in the accident. Haskins was pronounced dead at the scene by Captain Rod Watkins of the Fort Lauderdale Fire Department at 6:48 a.m.

“My husband was more than a great football player,” Kalabrya said in a statement earlier this week. “He had the smile of a rainbow that touched the diversity of so many. He will forever rest and remain in our hearts til the end of time.”