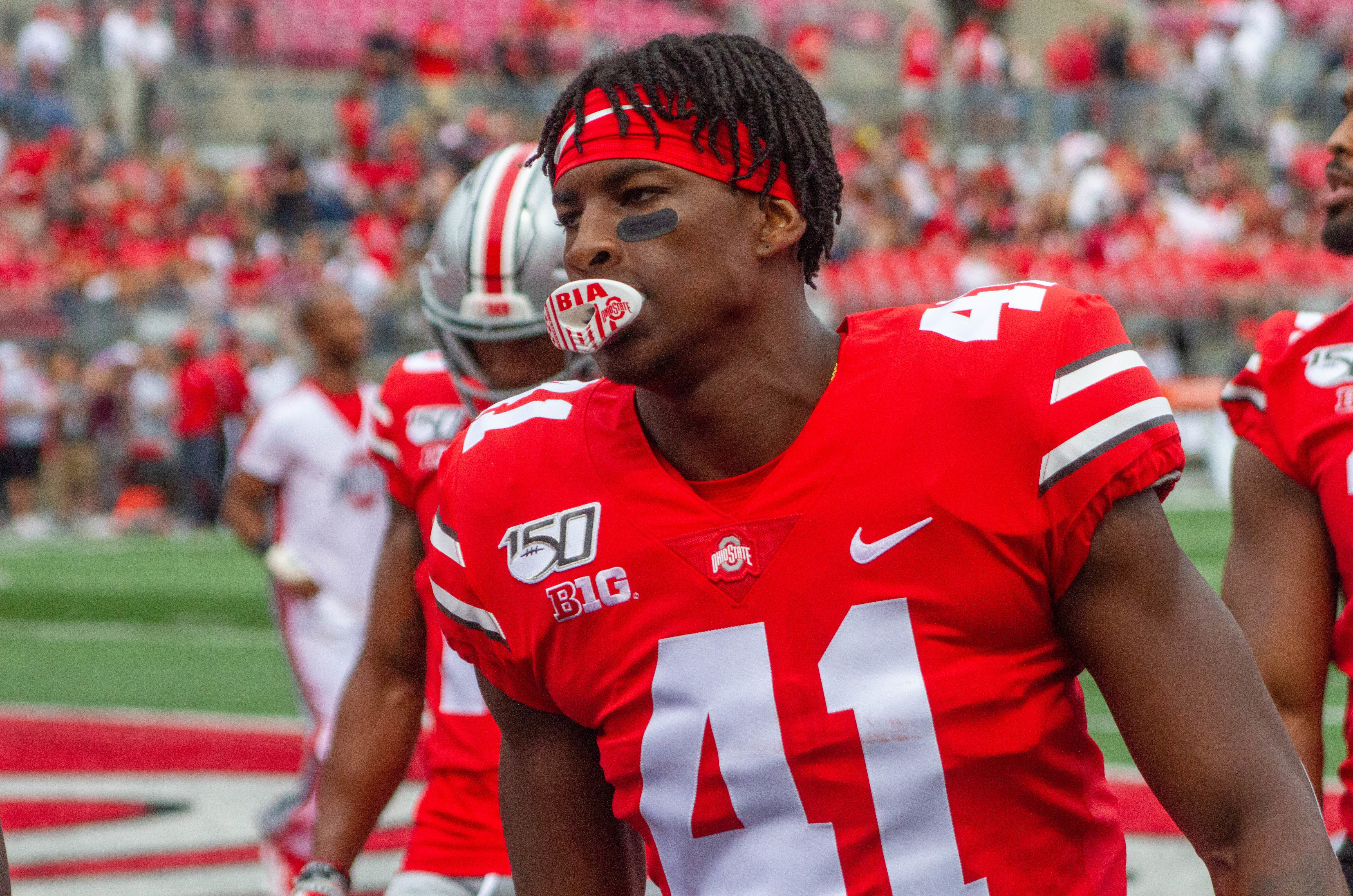 Ohio State safety Josh Proctor’s senior season abruptly ended when he suffered a compound fracture in his leg in the Buckeyes’ Week 2 loss to Oregon.

Proctor dove to make a tackle in the third quarter and felt an opponent roll over his body’s lower half. When he attempted to stand, he realized that he couldn’t move his leg. Proctor’s eyes shifted toward his feet, and he saw the unimaginable.

“I looked down and saw the bone,” Proctor said on April 8. “That’s when I dropped to the ground.”

Proctor’s injury caused him to miss the team’s 11 remaining games. He had hoped that a breakout senior season would lead him to shoot up NFL Draft boards. However, Proctor spent the next three months watching his teammates from the sidelines, rehabilitating and strengthening his leg for a future return. It was far from Proctor’s original plan for his fourth year in Columbus.

“I didn’t go out like I wanted to,” Proctor said of the 2021 season. “I was unable to achieve what I wanted to achieve, being with the guys and just being here. It probably took me about a good month or two to grasp that I’d have to work my way back to another year and get into the swing of things.”

Through mid-April, Proctor said he feels that he’s approaching 100 percent health each time he steps onto the practice field. He didn’t participate in any full-contact drills during the spring. Still, he gradually returned to team drills while working on individual skills off to the side.

Proctor understands his circumstances put him behind his teammates in the pecking order. The Buckeyes have a plethora of talented athletes at safety, including Ronnie Hickman, Kourt Williams II and Oklahoma State transfer Tanner McCalister. There’s also the emergence of freshman Kye Stokes, who impressed the Ohio State coaching staff with a nine-tackle performance in the spring game.

“It’s a challenge,” Proctor said. “I’m taking it day by day and step by step to make sure that my body is ready. First, getting back out there is shaky — everything is moving fast again being back out there. My heart was pumping a little bit. It takes some getting used to, but it’s about getting those reps and calming yourself down. I’ll get that confidence back day by day.”

“He’s rangy. He can cover a lot of ground. He’s extremely physical. He will absolutely get after you, whether it’s receivers downfield or coming up, playing the run game and blitzing,” Day said. “He’ll come downhill and he’ll play physical, and he has really good ball skills.

“When he’s playing at his best, he’s all over the place. He plays with discipline and can really affect the game in a lot of areas. And he can get away with some things that maybe other guys can’t. And that’s what we’re looking for out of him.”

Ohio State defensive coordinator Jim Knowles noticed Proctor’s timidness upon returning to practice. However, the first-year assistant coach immediately liked the veteran safety, understanding that he provides a much-needed spark for the defense.

“It took him a couple of practices to get back on his feet,” Knowles said after the spring game. “I saw improvement in the last couple of practices when he was out there. When you’re away from practice for so long, and it’s a new system, you get back out there while everyone else is ahead, and you have to catch up, and I’m not very patient because I think he’s great. I saw a surge, and he started picking it up, and I think he can be great for our defense.”

Proctor looks to be in an excellent position with less than four months until the 2022 season. He could see snaps at the adjuster — Knowles’ variation of a free safety — or at the bandit, the equivalent of a strong safety. Proctor expects to see snaps at both spots and believes he will have plenty of opportunities to contribute this fall.

With multiple safety openings and the coach’s approval, it’s hard to imagine Proctor won’t make a significant impact in what will likely be his final year at Ohio State. As long as he wears a scarlet and gray uniform, the Buckeyes will find a use for Proctor somewhere, and he won’t let them down.

“We need him, and we want him,” Knowles said. “He’s a guy that can change the game. He’s what we want at safety. I just want him to get healthy.”

How long it will take for him to become completely healthy remains a question. Still, one thing is clear: Proctor will take advantage of the next couple of months, bringing himself to an advantageous position to significantly impact the new-look defense.