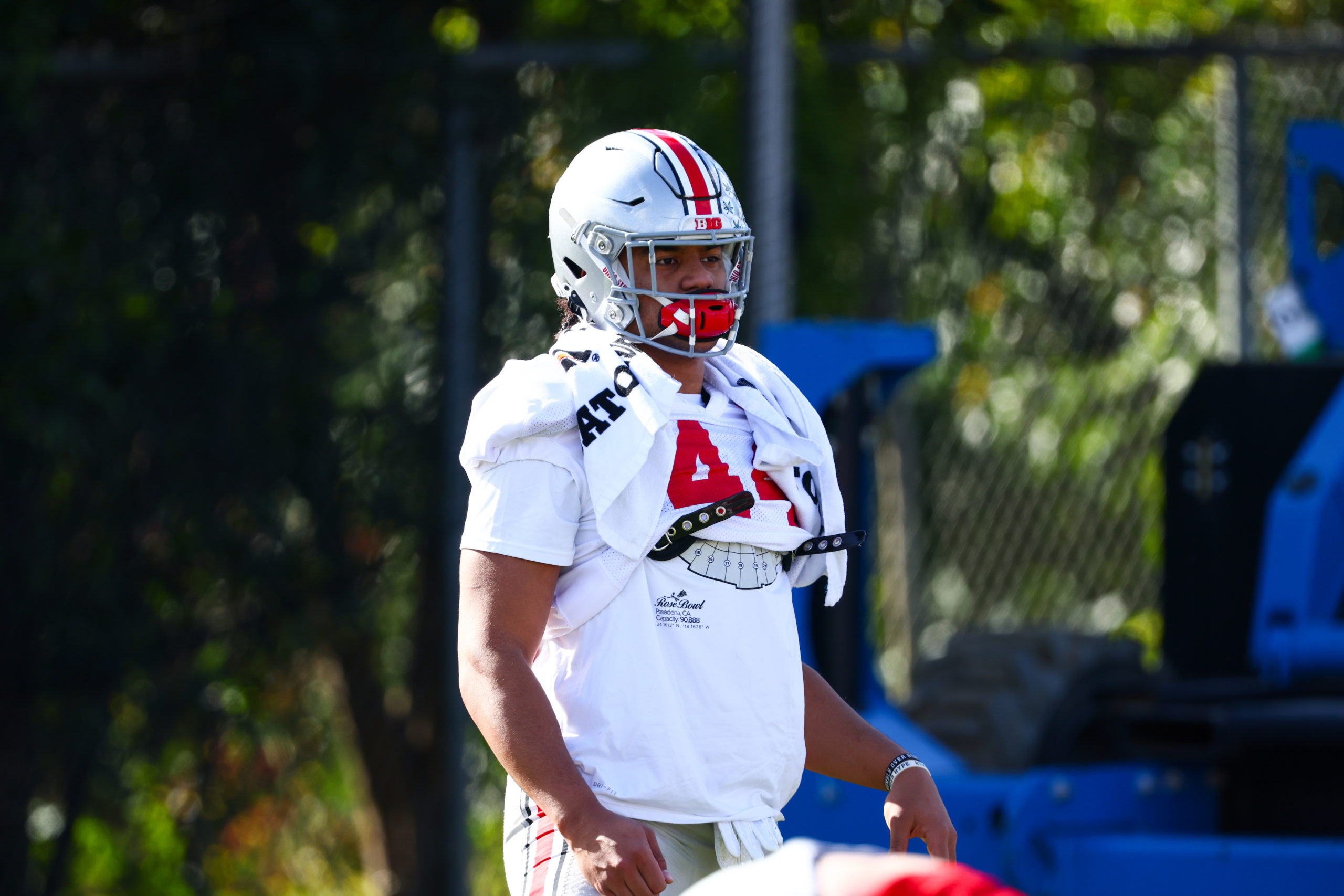 Ohio State defensive lineman J.T. Tuimoloau broke the mold of a traditional freshman last season, separating himself from the other 22 players in the 2021 recruiting class.

Head coach Ryan Day claims he can count on one hand the number of players who significantly impact a college football program right out of high school. Tuimoloau did that for the Buckeyes on a week’s notice.

“J.T. didn’t have a whole offseason — he didn’t even have a summer,” Day said. “That’s one of the more unique situations we’ve had. He got here a week before training camp, which was one of the concerns we shared with his family. When you show up at the end of July, you’re not going to have a lot of time to prepare to get on the field. All you’re going to have is August. That’s hard.”

With limited off-season preparation, Tuimoloau logged 285 snaps in his first year, trailing only Zach Harrison (507), Tyreke Smith (443) and Javontae Jean-Baptiste (313) for the team lead at defensive end. He recorded 17 tackles, 4 1/2 tackles for loss and 2 1/2 sacks with those opportunities.

“He got onto the field and played despite lacking that lead-up time,” Day said. “I don’t think I’ve ever seen that before, and it says a lot about him.”

When Tuimoloau spoke with the media after the Ohio State spring game, he wasn’t as complimentary as Day toward his first-year performance. Tuimoloau claimed he spent much of his freshman season behind the eight ball as he learned to adjust his body and playing style to the college game.

“In my first year — I won’t lie — I was just trying to get my feet on the ground,” Tuimoloau said. “I came here so late, but being here with Jack and having an entire offseason and seeing what we did out there, we have our feet on the ground, and it’s going to be a special year for us.”

While they didn’t share a similar view on Tuimoloau’s 2021 output, Day agreed that the rising sophomore would have a breakout season in an Ohio State uniform.

“Now he’s had winter conditioning, and he’s gotten stronger and dove into spring practice,” Day said. “As we head into August, he’ll have a whole year of work under his belt, and I think he’ll look a lot different.”

According to 247Sports, Tuimolau weighed 277 pounds when he signed with the Buckeyes. Almost a year later, the Edgewood, Wash., native is listed at 272 pounds on the Ohio State football website, indicating that Tuimoloau has trimmed down and become leaner in his first 10 months on campus.

With an in-shape body and a deepening football knowledge under defensive coordinator Jim Knowles, Day believes Tuimoloau’s progression is more of a certainty than wishful thinking. After all, if defensive line coach Larry Johnson believed the former-five star could contribute immediately, what more could he do with a year of development and training?

“You have to think these months can help unlock something else,” Day said. “Our experience is that to show up, at this level of college football, out of high school and immediately play is very difficult. I can count on my hand a few guys who have ever done that. I’ve never seen anyone show up at the end of July and play as he did. It’s exciting to see where that goes with a whole year for him.”