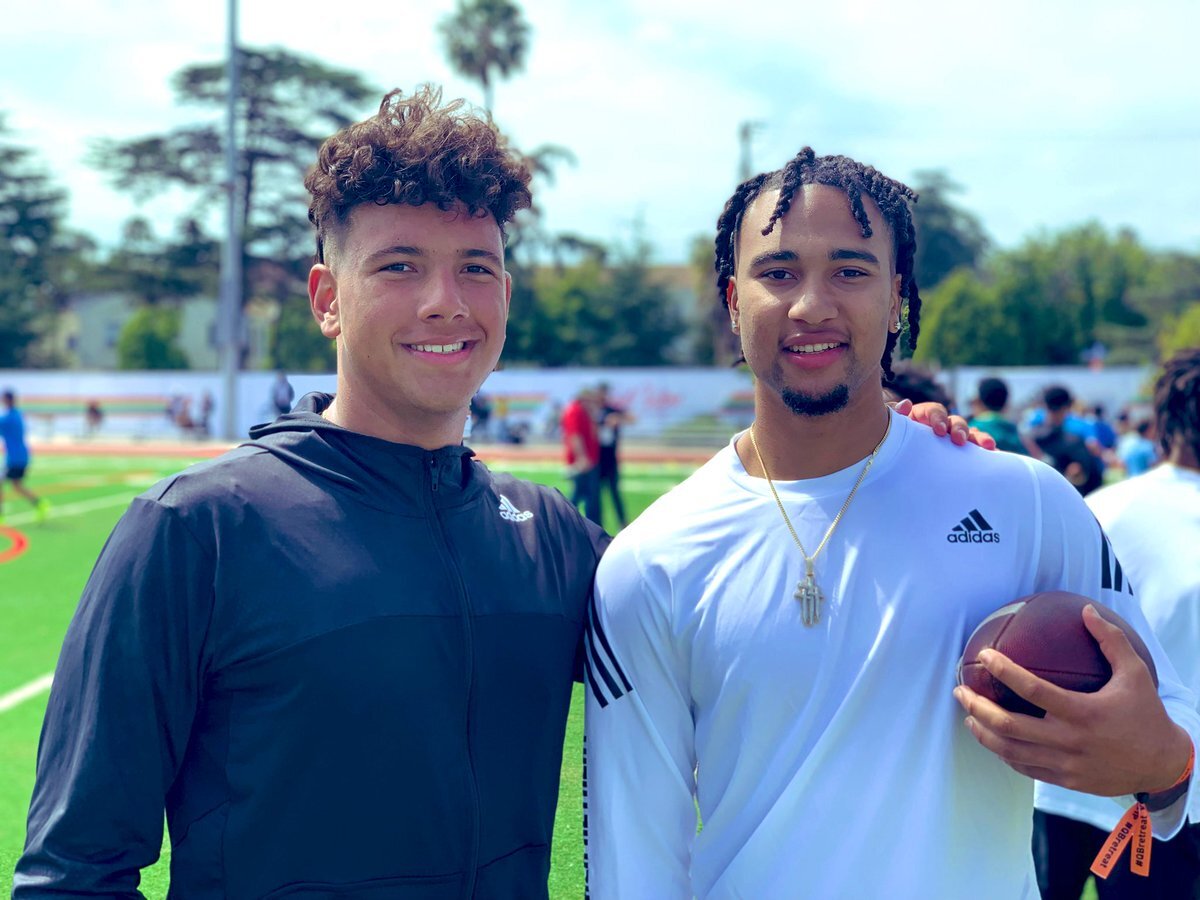 Future Ohio State quarterback Dylan Raiola, a five-star from Chandler (Ariz.) High School in the class of 2024, shined at Steve Clarkson’s Quarterback Retreat in Los Angeles on Sunday, proving why many collegiate scouts consider him to be one of the nation’s top signal-callers.

Ohio State quarterback C.J. Stroud and wide receiver Jaxon Smith-Njigba were among the college prospects who attended the camp, allowing Raiola the opportunity to meet and hang out with current Buckeyes working on their game.

Raiola is not eligible to sign his national letter of intent for another 18 months. However, that hasn’t stopped him from representing the Buckeyes wherever he goes, starting with Clarkson’s camp and the many other showcases he’ll attend this summer and in the future.