TreVeyon Henderson and Jaxon Smith-Nijigba Out, Miyan Williams To Return Vs. Michigan 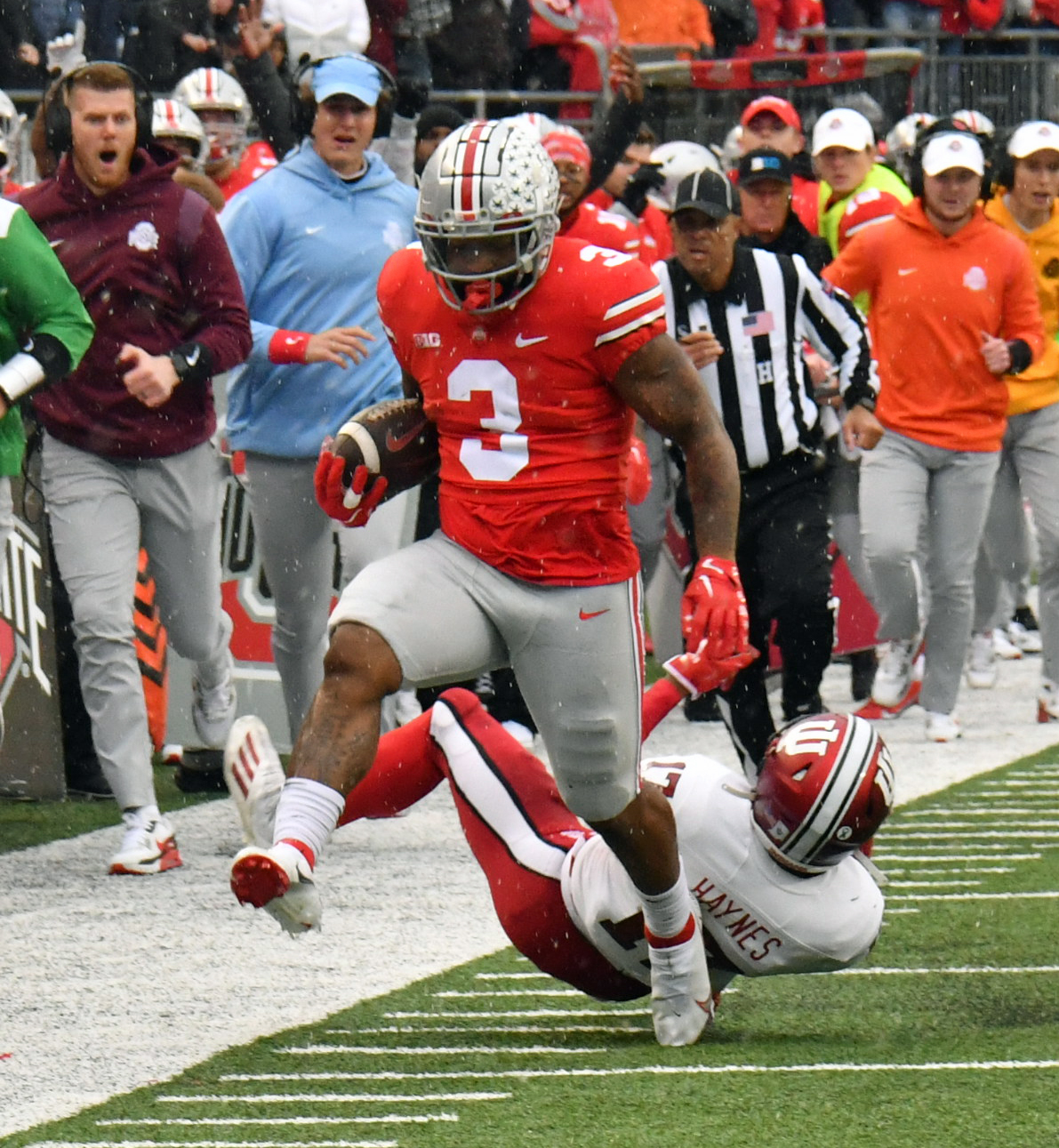 The carousel at running back continues to spin for Ohio State, as TreVeyon Henderson is unavailable against Michigan. However, Miyan Williams is set to return versus the Wolverines after missing the Buckeyes’ tilt with Maryland on Nov. 19.

While the running back situation remained in flux, Ohio State will also be without star wide receiver Jaxon Smith-Njigba for the fifth consecutive game after there were some rumblings that he would return against the Wolverines.

Long snapper Bradley Robinson, who sustained a lower-body injury against Iowa, also remains inactive, which means Mason Arnold will remain in his duties as the starting long snapper.

Starting guard Matthew Jones is the lone game-time decision for the Buckeyes after he sustained a lower-body injury during the fourth quarter of Ohio State’s 43-30 win over Maryland. Head coach Ryan Day teased on Tuesday that either Enokk Vimahi or Josh Fryar would take over the starting spot if Jones cannot go.