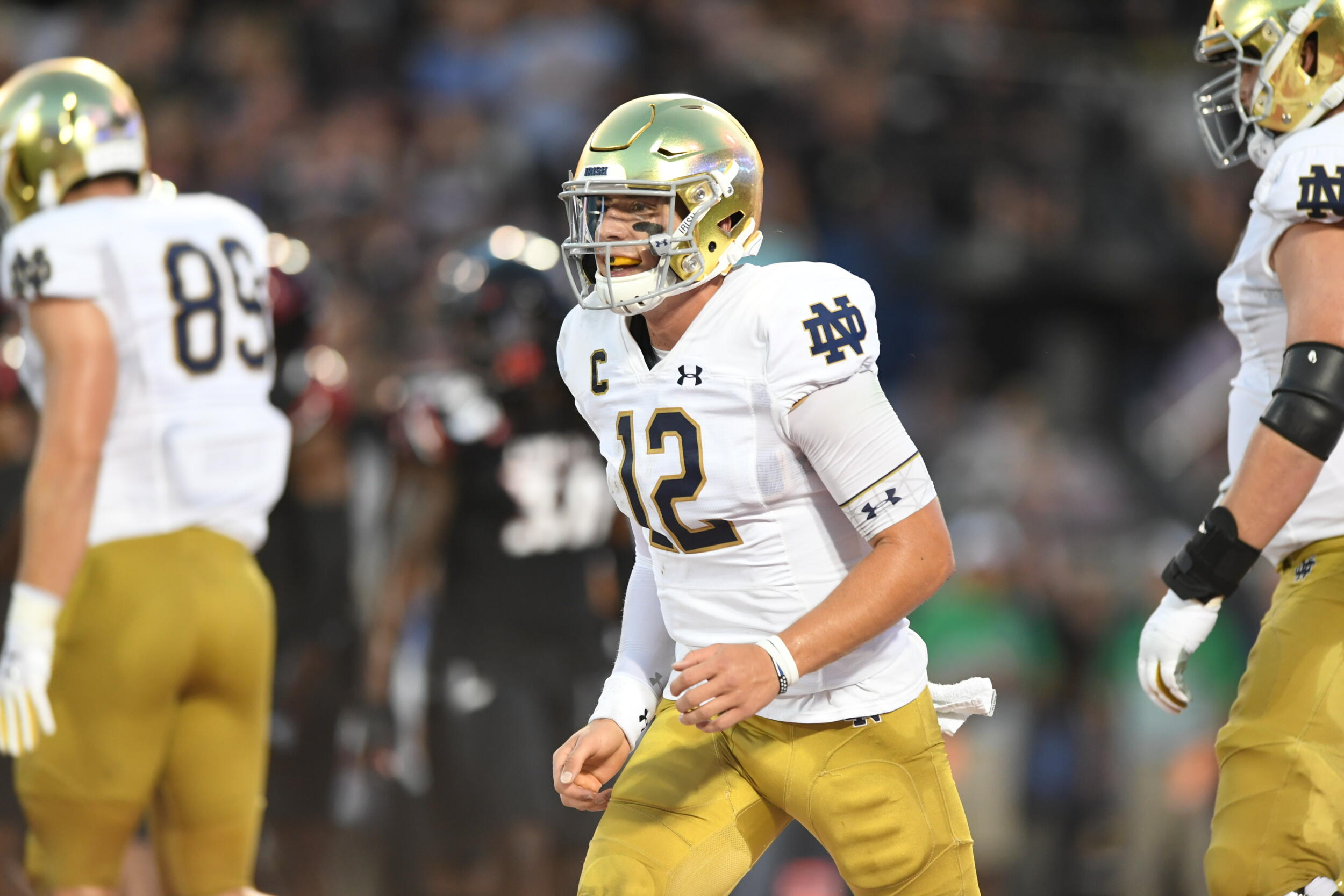 Rivalry week always brings plenty of action to the college football landscape, and while No. 2 Ohio State’s annual showdown with No. 3 Michigan easily highlights Saturday’s slight, plenty of other interesting games are on tap for Saturday.

Two ranked games outside The Game are on the docket, but upsets can always abound when rivals collide. Here are some of the top contests to watch:

South Carolina at No. 8 Clemson (12 p.m., ABC): Clemson still has some College Football Playoff hope if it can win out and claim the ACC title as a one-loss team, but to keep that dream alive it will have to beat rival South Carolina.

The Gamecocks enter the contest fresh off a monumental 63-38 win against then-No. 5 Tennessee, dashing the Volunteers’ own playoff dreams in the process. Led by former Oklahoma starter Spencer Rattler at quarterback, it’s been a season of ups and downs for South Carolina, who sits at 7-4.

Clemson has already secured a spot in the ACC Championship Game against No. 18 North Carolina, and will rely on running back Will Shipley to establish its offense. If the Tigers can hold serve, it could come down to a debate between them and the loser of Ohio State/Michigan for the final CFP spot.

No. 9 Oregon at No. 21 Oregon State (3:30 p.m., ABC): Oregon can’t play its way into the College Football Playoff or even the PAC-12 Championship Game anymore, but a ranked matchup in the rivalry known as “The Civil War” can’t be ignored.

The Ducks boast the nation’s No. 3 total offense, with quarterback Bo Nix over 3,000 yards passing for the season and wide receiver Troy Franklin at 789 yards receiving. Problems in their two losses arose primarily on the defensive side of the ball, however, giving up 49 and 37 points to Georgia and Washington, respectively.

The Beavers enter as winners of five of their last six, and are no slouch offensively either, boasting the No. 25 total unit in the country. Watch out for running back Damien Martinez to get going on the ground for one of the other OSUs.

Iowa State at No. 4 TCU (4 p.m., FOX): TCU is another contender for one of the four College Football Playoff spots, and while Iowa State is 4-7 on the season, the Cyclones are known to pull the occasional upset.

The Horned Frogs will depend on their Heisman Trophy-contending quarterback Max Duggan. Duggan has completed 66.2 percent of his passes for 2,858 yards and 26 touchdowns with just three interceptions.

If Iowa State is to pull the upset, it will be on the arm of quarterback Hunter Dekkers. His completion percentage and passing yard totals are actually a touch higher than Duggan’s on the year, but he’s thrown 13 interceptions alongside his 18 touchdowns. The Cyclones certainly won’t have room for such turnovers against TCU.

No. 15 Notre Dame at No. 6 USC (7:30 p.m., ABC): It’s sounding a bit redundant at this point, but that’s the nature of week 13: Here’s another contest with major College Football Playoff implications.

One of the main benefactors of Tennessee’s loss last week was USC. With the excess SEC team falling by the wayside, if No. 5 LSU falls at Texas A&M this week or against No. 1 Georgia in the SEC Championship Game USC looks to be in prime playoff position should it win out to capture a PAC-12 championship, with an argument to be had with the loser of the Ohio State/Michigan game.

First the Trojans will have to battle Notre Dame for The Jewelled Shillelagh, though. Fresh off an emotional 48-45 win in another rivalry contest at top 20 UCLA last week, USC and Heisman Trophy-contending quarterback Caleb Williams can’t let themselves have a letdown. Notre Dame presents a matchup dilemma as well, bringing the nation’s No. 36 rush offense to town against USC’s No. 67 rush defense.