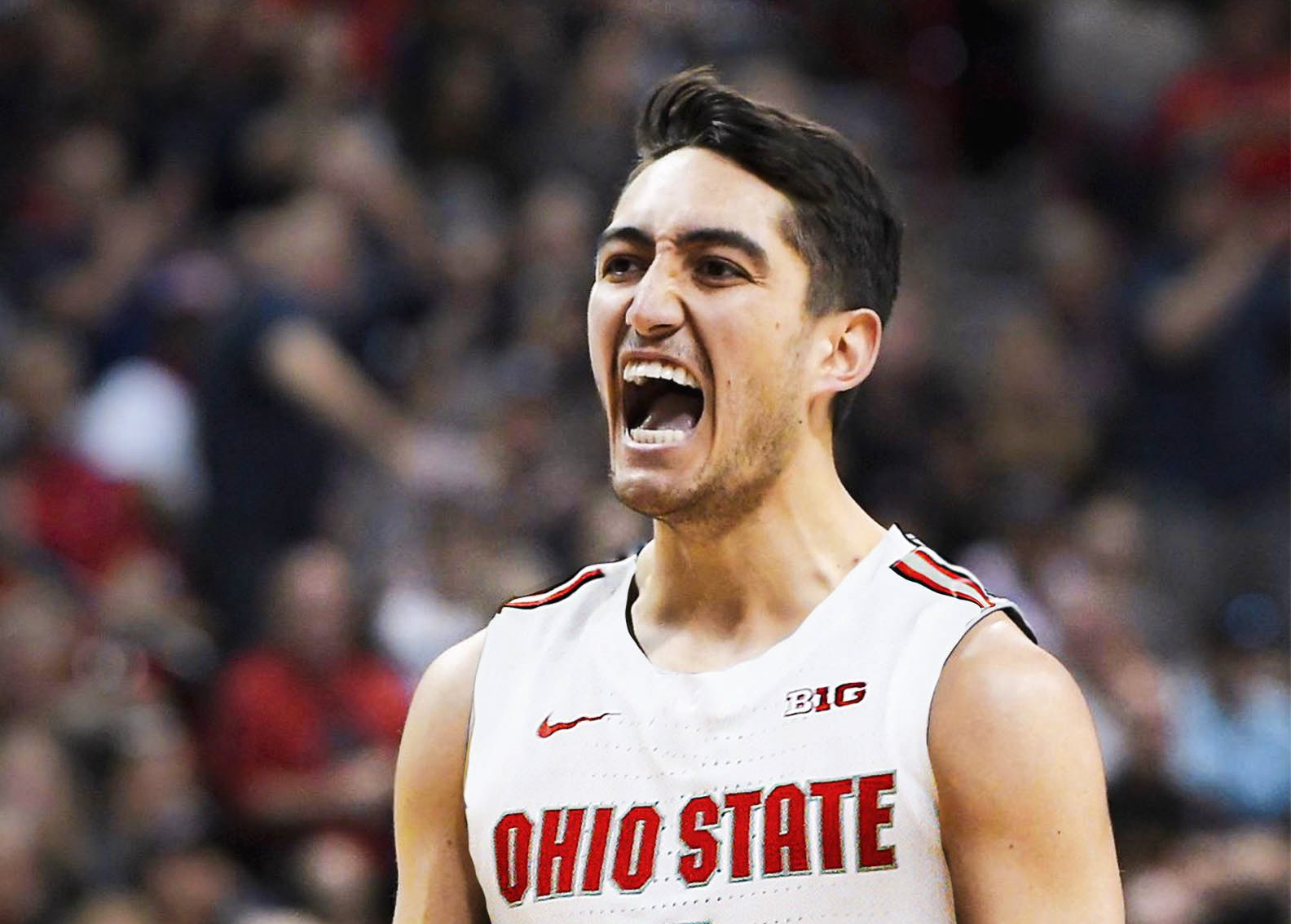 Abel Porter and Jimmy Sotos are a pair of guards that will be joining forward Seth Towns to become a trio of transfers to Ohio State.

A Farmington, Utah, native, Porter, averaged 5.6 points and 2.4 rebounds across 25.7 minutes per game for Utah State last season, but his 3.2 assists to 1.6 turnovers per game stands out. Holtmann said Porter has the skills to contribute right away.

“We look forward to adding Abel and Jimmy to our program,” Holtmann said. “Abel has played an important role on a very good Utah State team. He has a toughness and unselfishness to his game which will be valuable to our team next year as a fifth-year senior. His ball handling, versatility and shooting will be important for depth at our guard positions.”

Porter started every game for the 26-8 Aggies, scoring in double figures in nine games, including a season-high 13 points, twice.

Against Weber State, Porter posted a double-double with 10 points and 10 assists. On the year he finished second on Utah State with 110 assists, logging five or more in six games.

Sotos, who will join C.J. Walker and Justice Sueing as Holtmann’s third sit-one transfer in as many years, started at point guard for Bucknell. The Elk Grove Village, Illinois, native led the Bisons in scoring, assists, steals and free-throw percentage last season.

Sotos became the eighth Bison to lead the team in scoring and assists with 11.5 points per game and 3.9 assists per game.

As a junior, Sotos scored in double figures 20 times, including five 20-point games. While his scoring increased by 3.3 points per game from his sophomore to junior seasons, Sotos’ assist average decreased by 2.2 dimes per game.

“Jimmy has good size, shooting ability and is a terrific passer,” Holtmann said. “He will sit out the upcoming season and provide experience in the 2021-22 season at the guard position. I know he is excited about using the year off to learn our program and grow as a player. Jimmy and Abel both have come from winning, well-coached programs and we are excited about their additions to our program.”

For four free issues of the print edition of Buckeye Sports Bulletin, which is monthly in the summer and weekly in-season, with no card required, sign up at the link here: http://www.buckeyesports.com/subscribe-4issue-trial/