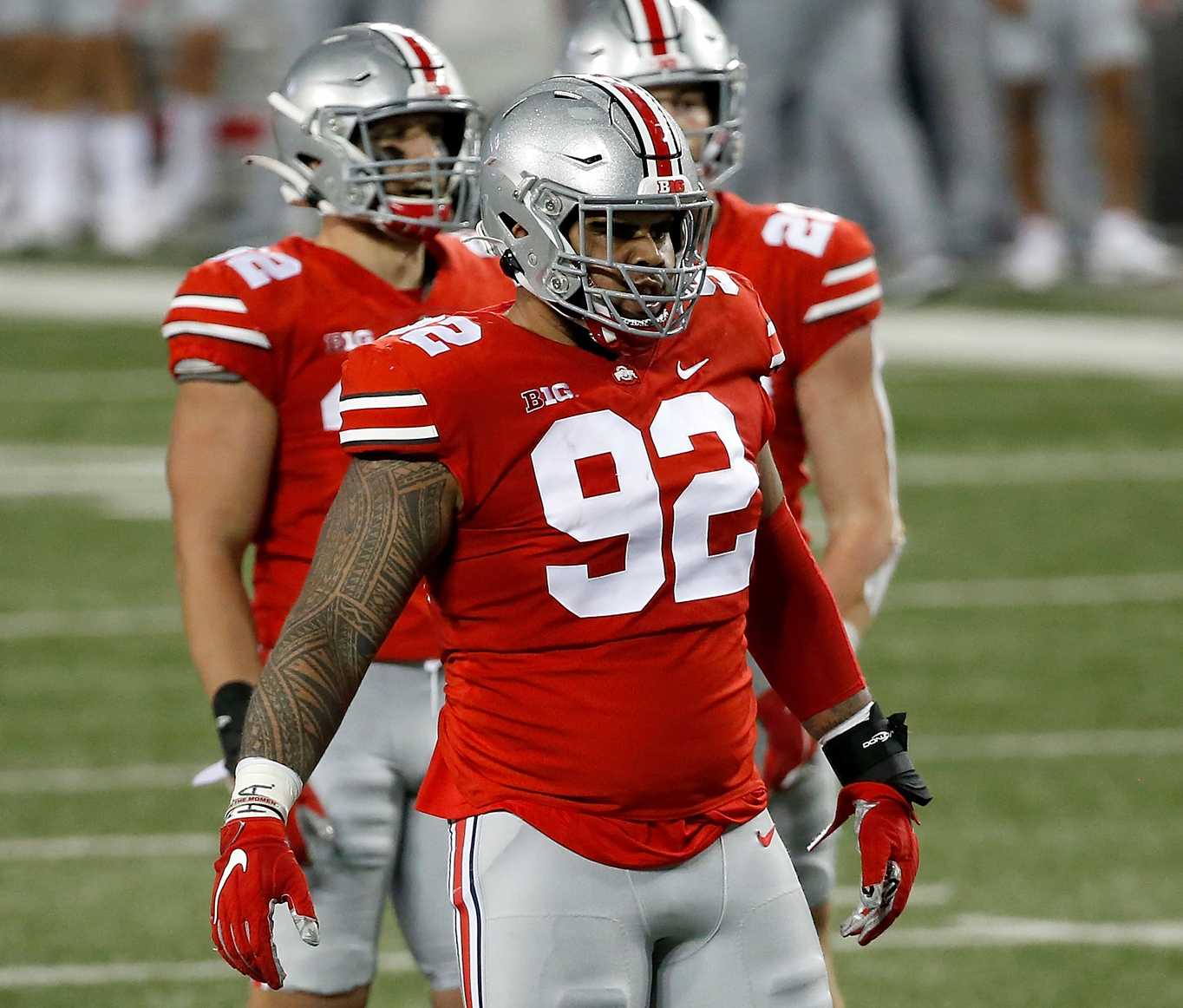 This story is the third of 10 that comes from the print edition of Buckeye Sports Bulletin, where the staff selected the 10 best plays from the 2020 football season.

Nobody was even sure that senior defensive tackle Haskell Garrett would play for Ohio State this season after he was shot in the face during the offseason while reportedly trying to break up an altercation in late August.

Not only did Garrett play in 2020, but he was one of Ohio State’s best defensive players, earning a sack in his opening game against Nebraska and highlighting his monumental season with this play against Michigan State.

On a third-and-9 from the Michigan State 2, Garrett tipped a pass from Spartan quarterback Rocky Lombardi and intercepted the ball in the end zone, resulting in a touchdown.

“It’s pretty athletic to tip it and catch your own tip,” said Larry Johnson, defensive line coach and acting head coach against Michigan State. “That’s pretty good. What a great story, though. Haskell Garrett, here’s a guy that’s probably lucky that he’s still here but yet continues to play great football and do great things for us. I’m really proud of where he’s at right now and the things he’s doing for our defense.”

Garrett finished the season with 20 tackles, four tackles for loss, two sacks and this interception, which was the peak of an All-American-caliber year from a defensive lineman who was shot less than two months before the season began.