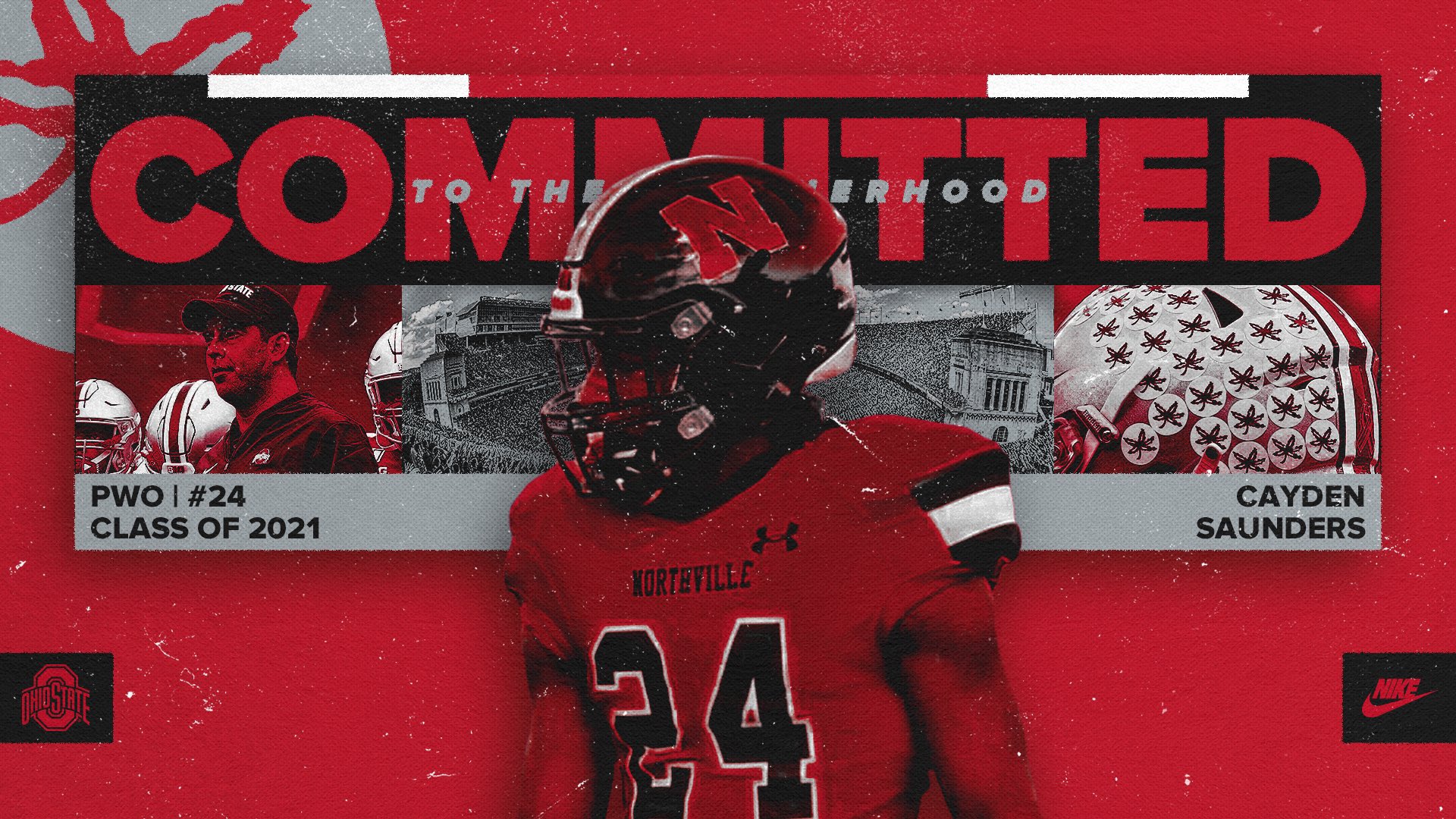 “Playing college football has always been a dream of mine,” Saunders said in a note posted to Twitter. “I’ve worked hard nonstop for so many years and it’s beginning to pay off. Throughout all of the challenges I’ve faced and the people who said I would never be good enough, I chose not to give up, but push harder. Now the time has finally come to take my dedication and my talent to the next level.”

The 5-11, 180-pound Saunders is the son of former Ohio State tight end Cedric Saunders, who caught 68 passes for 854 yards and one touchdown in his four-year career with the Buckeyes from 1990-93 and earned second-team All-Big Ten honors as a senior. His father also spent time in the NFL with the Tampa Bay Buccaneers and NFL Europe’s Scottish Claymores and is currently an NFLPA certified agent and represents former Ohio State quarterback Dwayne Haskins, among others.

The younger Saunders, meanwhile, was a named a second-team all-district defensive back by the Detroit Free Press in 2020. He will attend Ohio State on an academic scholarship.