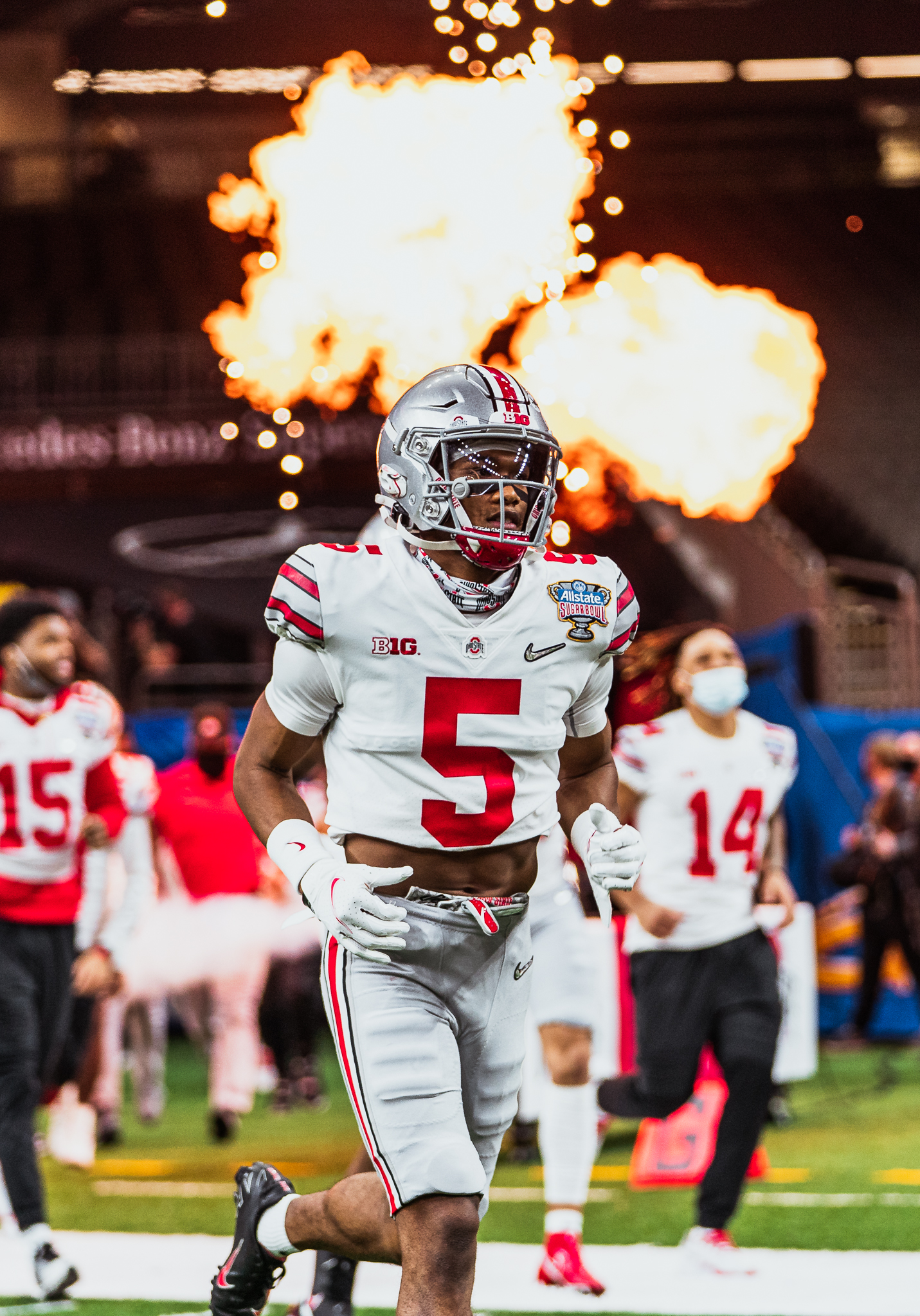 This story is the fourth of 10 that comes from the print edition of Buckeye Sports Bulletin, where the staff selected the 10 best plays from the 2020 football season.

Garrett Wilson did enough through the air this season that it is possible to forget about his highlight-reel moment as a member of the running game.

The Halloween matchup against Penn State was highlighted as soon as the Big Ten released its new schedule, and though the Nittany Lions ended up being less of a threat than expected, starting the season 0-5 before winning their last four games, they still represented one of the more talented foes Ohio State faced in the regular season.

After a touchback by the Buckeyes, they immediately turned up the gas. On the first play from scrimmage, Garrett took a sweep play and burst through the hole for 62 yards all the way to the Penn State 13-yard line.

From there, Master Teague had rushes of 9 and 4 yards, the latter of which resulted in the first touchdown of the game in an eventual 38-25 win to move Ohio State to 2-0.

On the season, Wilson had just one other rush for 5 yards, but this 62-yard play to open the game, on what was thought at the time to be Ohio State’s toughest in-conference opponent, remains one of the best plays of the season.