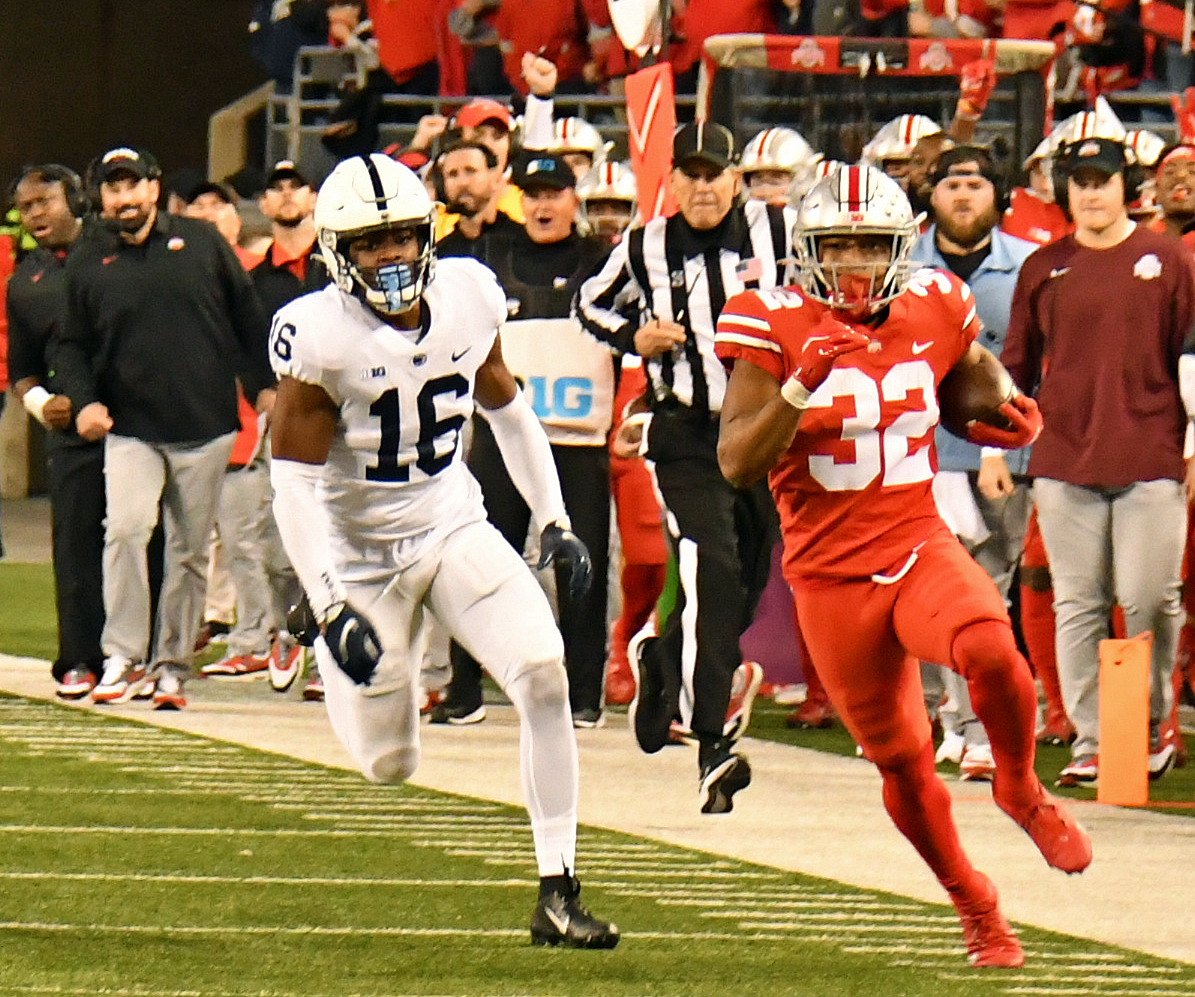 1. Is Adrian Martinez good enough to challenge the Buckeye defense?

There’s a common thread among all four of the games this season that have seen Ohio State challenged into the second half: competent quarterback play from the opposition. Minnesota, Oregon, Tulsa and Penn State all stretched the Buckeye defense and exploited its weakness in the middle of the field by leaning on competent quarterback play, be it from Tanner Morgan at Minnesota, Anthony Brown for the Ducks, Davis Brin with Tulsa or most recently, Sean Clifford, one of the Big Ten’s better passers for Penn State.

The Buckeye defense, while improved, does seem to have a problem with better quarterback, especially though comfortable enough to stand in the pocket and attack the middle of the field where Ohio State’s scheme has so often failed it this season. Clifford passed for well over 300 yards on the Buckeyes, as did Brin, and Brown exploited essentially the exact same play all game on his way to a victory with Oregon.

Morgan, the worst of the bunch statistically, did still have success, specifically in the second half when the Gophers were pressed into passing the football.

Nebraska quarterback Adrian Martinez matches up well to that group statistically. Before a loss to Purdue that saw him throw four interceptions, Martinez had thrown 10 touchdowns to only three interceptions, and he’s still hovering above the 60 percent mark for completion percentage. Outside of some disastrous fourth quarters, this has been the best season of Martinez’s career, and he’s troubled the Buckeye defense before, nearly engineering an upset in 2018.

2. Is the rushing attack in for a bounce-back week?

Save for a 68-yard dash through the defense late in the game, Ohio State 33-24 win over Penn State was not a showcase performance for star freshman tailback TreVeyon Henderson. Often electric and sitting around a 9.0 yards per carry average for the season, Henderson had his first real down day as a Buckeye on Oct. 30, as Penn State keyed in on him and bottled him up, forcing more short or gainless carries than the freshman has had maybe ever, after coming to Columbus as one of the nation’s best high school backs out of Virginia.

No, the pressure is not on now for Henderson. He’s one of the best running backs in the country and will continue as such. Bottling him up is easier said than done, especially with the Buckeye passing attack to deal with as well. However, if the secret is out, can Nebraska replicate it? Or is Henderson in for another big game, as he had become accustomed to?

3. Are there style points to be had in Lincoln?

Head coach Ryan Day told reporters after the Penn State game that the Nittany Lions are not a team to earn style points against, as they’re just too good to blow out like that.

How about the Cornhuskers? Scott Frost’s squad is 3-6 for the season and needs to win out to save his job, barring a miracle or significantly lower expectations than assumed in Lincoln. They have only one conference win on the season. That sounds a lot like a candidate for style points as Ohio State looks to improve its lot in life, checking in at No. 5 in the inaugural College Football Playoff poll.

However, it does bear mentioning that the Cornhuskers have been within one score in every single loss this season – and that includes losses to a trio of top 10 foes in Michigan, Michigan State and Oklahoma. Can the Buckeyes break that streak and earn themselves some extra credit in the process?