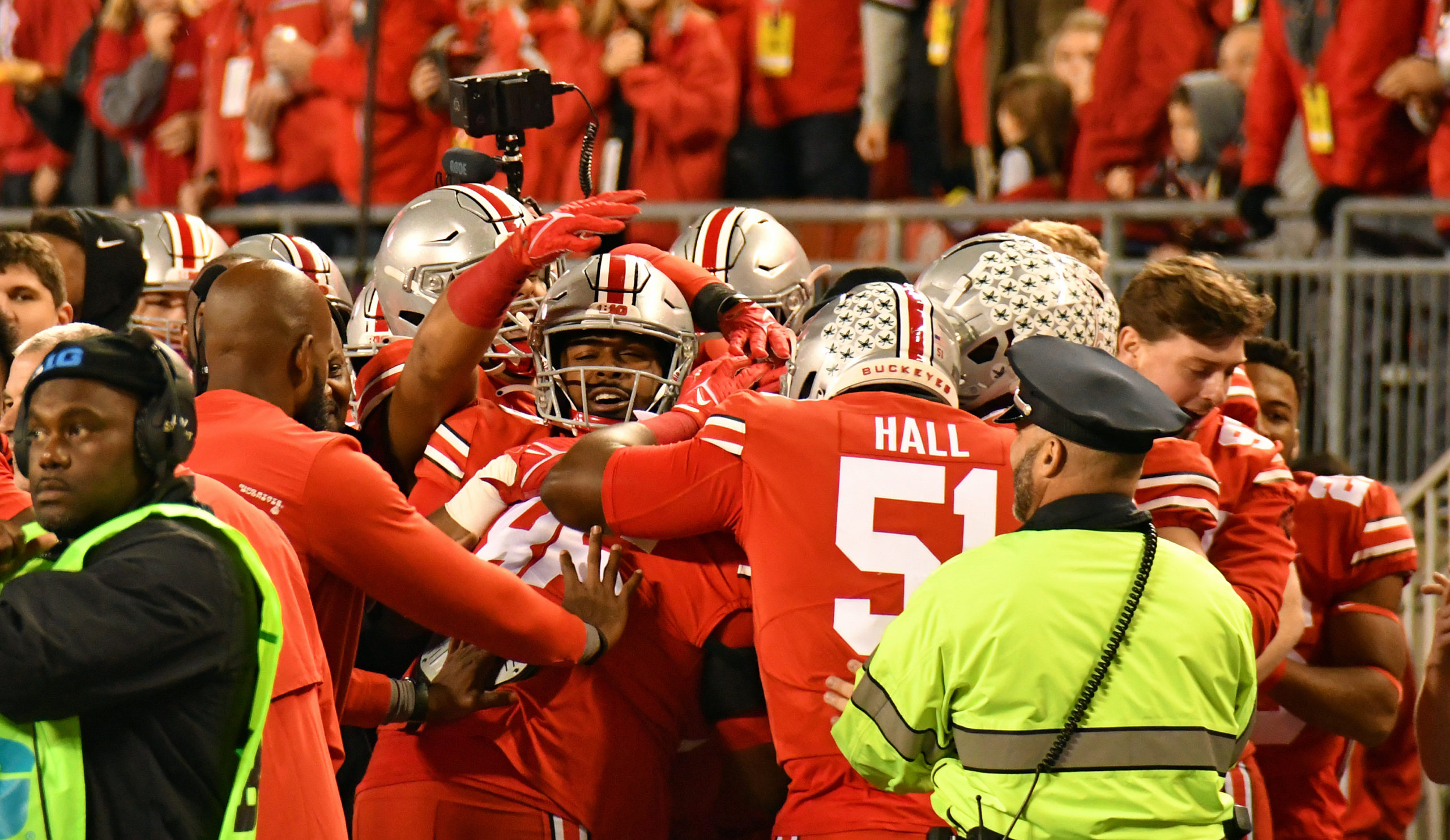 On the Buckeye Sports Bulletin podcast this week — one that so I am on every week — I predicted Ohio State would win this game by 14 points. After some time to think about my score, I’m sticking with my gut. Here’s why:

Scott Frost is a good football coach. It’s hard to recruit the state of Nebraska, especially when it sits as a stand-alone outpost in the Big Ten West. For what he has, Frost has done a fine job.

This season, Nebraska has improved in almost every offensive and defensive category. Still, the Cornhuskers are 3-6 through their first nine games. I don’t know how to explain it, but Nebraska blows out teams in wins and keeps it close on losses.

I expect Nebraska to keep this game close for some time, only for a crucial turnover or defensive lapse to break the floodgates open for the Buckeyes. I’ll still say it’s a 14-point win for Ohio State, but I won’t be surprised if it turns into a bloodbath in Lincoln.

It’s been a tough season for Scott Frost and Nebraska. The Cornhuskers are 3-6 and look to be headed toward a new head coach this offseason, barring a miracle bowl berth that would require winning out against the Buckeyes, Wisconsin and Iowa. That’s not exactly an easy trio to finish with, and unfortunately for Frost, Ohio State is going to dash Nebraska’s hopes before it can really begin to develop them this weekend.

However, not without another gut punch. These Cornhuskers have dropped all six of their losses by just one score, losing in seemingly more heartbreaking fashion with every passing week. Against Michigan State, it was allowing a game-tying punt return and then falling in overtime. Against Michigan, an Adrian Martinez fumble set the Wolverines up to win the game. Even against Oklahoma, Nebraska had the ball with the chance to win and couldn’t do it.

Expect a similar fate here. Martinez is good enough to hurt the Buckeye defense, especially in its soft center with passes to tight end Austin Allen, but in the end, it’ll be another mistake from the quarterback – even with an otherwise great performance – that seals the game here. Ohio State extends its lead in the fourth quarter off of a Martinez interception and leaves Lincoln with a 14-point win that felt quite a bit closer.

Lincoln, Nebraska, will be the site of a matchup between two teams on completely different trajectories. Ohio State is fresh off a comfortable win over Penn State, while Nebraska enters Saturday on a three-game losing streak, one of which was to Purdue at home, no less.

Though the Cornhuskers have played Ohio State close a couple of times since joining the Big Ten, I expect the Buckeyes to keep their momentum going this week against a struggling Nebraska team.

Despite a lack of wins, Nebraska has displayed a pesky ability to stay in games this season, as all six of the Cornhuskers’ losses this year have been by eight points or less. However, I expect Ohio State to buck that trend for the first time this season. There’s no reason the Buckeyes shouldn’t leave Lincoln with an 8-1 record.

Mark Rea: OSU Should Be Inhospitable Guests In Lincoln

I keep hearing about how close Nebraska has been to breaking out of its 4½-year tailspin, about how all six of the Cornhuskers’ losses this season have been by eight points or fewer. Narrow defeats are still just that – defeats – and Nebraska simply hasn’t figured out a way to turn that worm.

The truth is that Ohio State is the one that plunged the dagger into the heart of the Nebraska program back in early November 2016. The Cornhuskers came to Columbus ranked as the No. 9 team in the country. I remember thinking back then that I was witnessing the poorest excuse in history for a No. 9 team, and I wound up vindicated when the Buckeyes stomped their way to a 62-3 victory.

If fourth-year head coach Scott Frost is truly on the hot seat, it is his own doing for staying with starting quarterback Adrian Martinez despite diminishing results the last three years. While Martinez is one of only three Nebraska players in program history to amass at least 10,000 yards of total offense, he has never gotten over his penchant for throwing to the other team. Four more interceptions last week during a 28-23 loss to Purdue gave Martinez seven for this season and 27 for his career.

Look for Martinez to add to that total while the Buckeyes begin another streak of 50-point, 500-yard games.