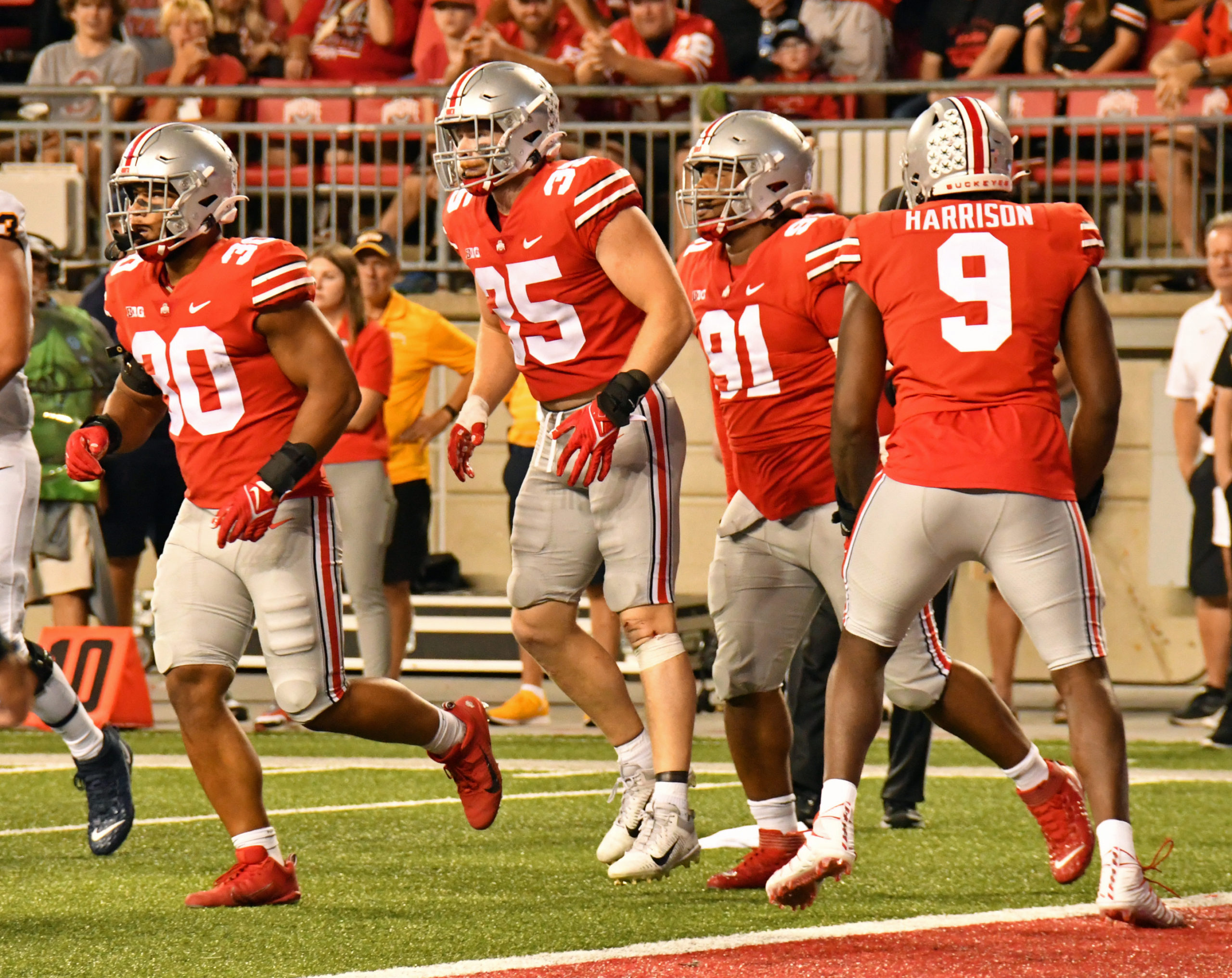 Ohio State will begin conference play this week by welcoming Wisconsin to Ohio Stadium on Saturday. The Badgers enter the game at 2-1 after a Week Two loss to Washington State, while the Buckeyes are looking to move to 4-0 on the year and win the ninth straight game against Wisconsin.

Buckeye Sports Bulletin is taking a look at the three biggest questions facing Ohio State as the Buckeyes get set to take the field on Saturday.

The single most important matchup on Saturday will be Wisconsin running back Braelon Allen against Ohio State’s rushing defense. Allen rushed for 1,268 yards and 12 touchdowns last season and seems all too prepared to follow up that performance this season, already rushing for 332 yards and five touchdowns through three games.

Ohio State’s rushing defense has been much improved through the season’s early stages (admittedly against less formidable competition), allowing just 127.8 yards per game (25th in the country) and just 3.7 yards per carry, and Allen will be the first significant test.

2. Will health remain a concern for the Buckeyes?

Ohio State could be facing an extended list of players both unavailable and marked as game-time decisions for the contest.

Running back TreVeyon Henderson is expected back in the lineup, as well as safeties Tanner McCalister and Josh Proctor, as well as defensive lineman Mike Hall Jr. Wideouts Jaxon Smith-Njigba and Julian Fleming both returned last week and there’s no reason to think they won’t be on the field against the Badgers.

Even so, there’s no guarantee that any of those players will make an appearance against Wisconsin, and there’s been little word in regard to cornerbacks Jordan Hancock and Cameron Brown. Hancock has been unavailable so far this season, and Brown exited the game early against Toledo.

All of these players could also end up taking the field against Wisconsin, but until they see snaps, it’s a fair question as to how serious Ohio State’s injury problems might be.

Last week against Toledo was a positive shift for Ohio State’s defense that forced two turnover against the Rockets, one on the ground and one through the air. As a whole, the Buckeyes themselves have just one turnover this season, a fumble late against Arkansas State that ultimately proved meaningless.

Wisconsin presents an interesting challenge for Ohio State, as the Badgers have turned the ball over four times this season – two interceptions, two fumbles – while forcing eight turnovers, seven coming via interception.

The Badgers could be ripe for Ohio State to force a handful of turnovers, but Wisconsin has similarly been stingy with the ball and could present problems for quarterback C.J. Stroud and company, who so far this season have been unblemished in the turnover category.