Three Questions Ahead Of Ohio State-Tulsa 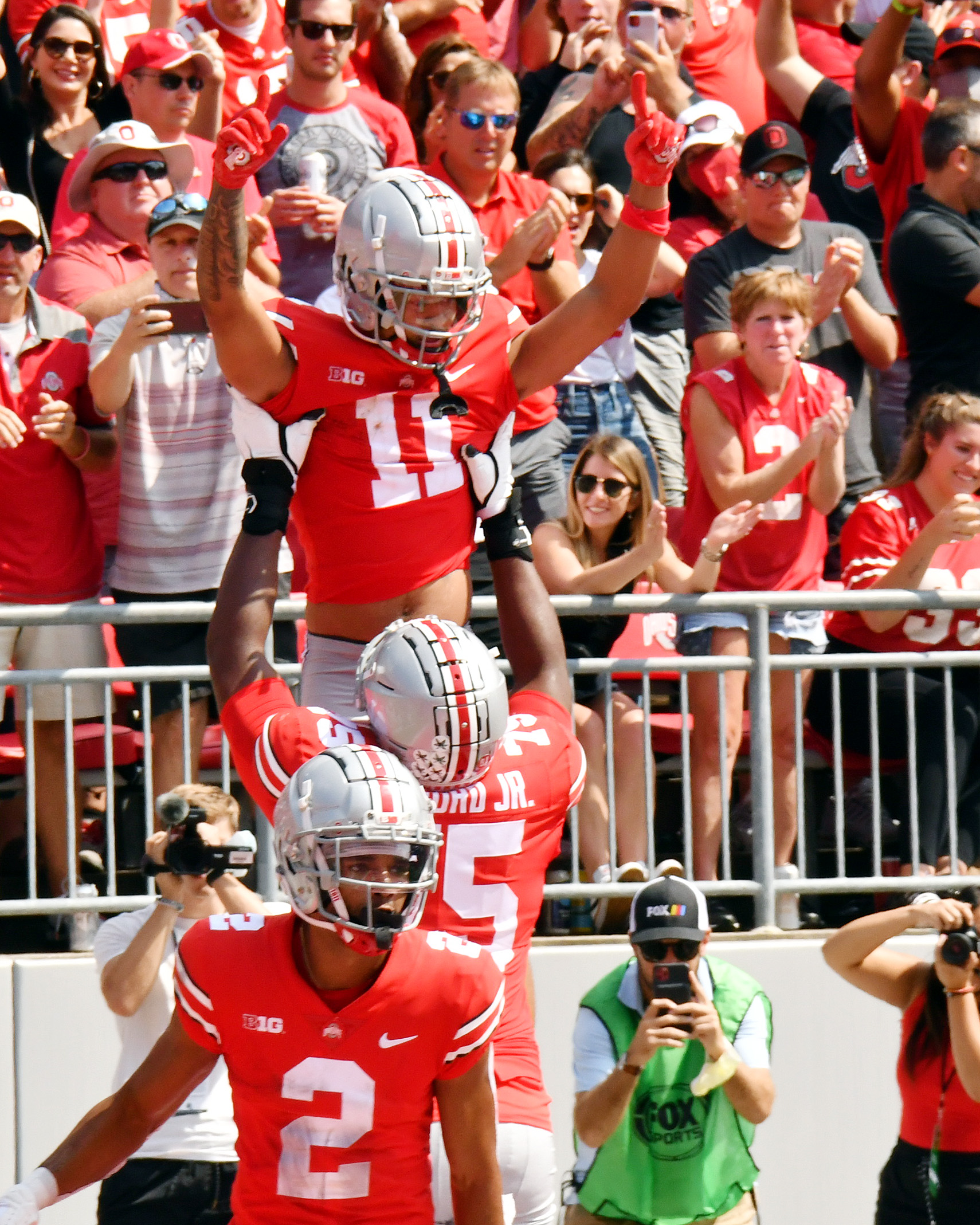 1. Is there a quick fix for this defense?

It’s been quite the week for Ohio State’s defense, and coordinator Kerry Coombs. Head coach Ryan Day was open during his weekly press conference about the need for changes on that side of the ball after Ohio State’s 35-28 loss to Oregon, and the head coach even went as far as to say that the Buckeyes may shift play-calling duties away from Coombs, though he has not confirmed that as of Friday evening.

“It’s just honest (conversations),” Day said. “I wouldn’t say they’re uncomfortable, they’re real. You put on the film and if something doesn’t get fixed it needs to get addressed and I have no problem having those types of conversations. It’s pretty simple to see what needs to get fixed.”

On top of the schematic and execution issues the Buckeye defense has, it will be without single-high safety Josh Proctor for the rest of the season after a leg injury.

That’s a lot to deal with, and a lot to try to clean up. Ohio State should be talented enough to topple Tulsa even without an improved defense, but will the Buckeyes bring any quick changes to the table this weekend?

For the first time in what felt like two seasons, Ohio State managed to get a third receiver legitimately involved in its passing game against the Ducks, with C.J. Stroud finding sophomore slot receiver Jaxon Smith-Njigba seven times for 145 yards and two scores. The Rockwall, Texas native flashed rare hands and always seemed to be open for the redshirt freshman quarterback.

Will he remain in the Buckeye gameplan, though? So often since the Chris Olave/Garrett Wilson duo took control out wide for the Buckeyes, Ohio State quarterbacks have had no reason to go anywhere else with the ball, and Stroud likely won’t see that change this season. However, Smith-Njigba seems to be in a similar stratosphere, where’s he’s simply too good not to get the ball to. With a weak Tulsa secondary across from him, will Stroud keep his slot receiver in the rotation?

3. Were blocking issues against Oregon a fluke, or a sign of things to come?

One of the stranger side plots in Ohio State’s loss to Oregon was the running game, or lack thereof. Ohio State had its rushing woes in 2020 with Master Teague III at the helm, but he was nowhere to be seen on Saturday and the struggles persisted. Ohio State’s offensive line was bullied at the point of attack by an Oregon group without its best defensive end and linebacker.

Given that the Buckeye line is populated entirely with former blue-chippers and at least three likely All-Americans, it seems likely that the struggles were a fluke. But, issues against a decent Tulsa defensive line could spell serious trouble for a Buckeye offense that really doesn’t want to have to rely exclusively on its passing attack, even with the receivers it has available.