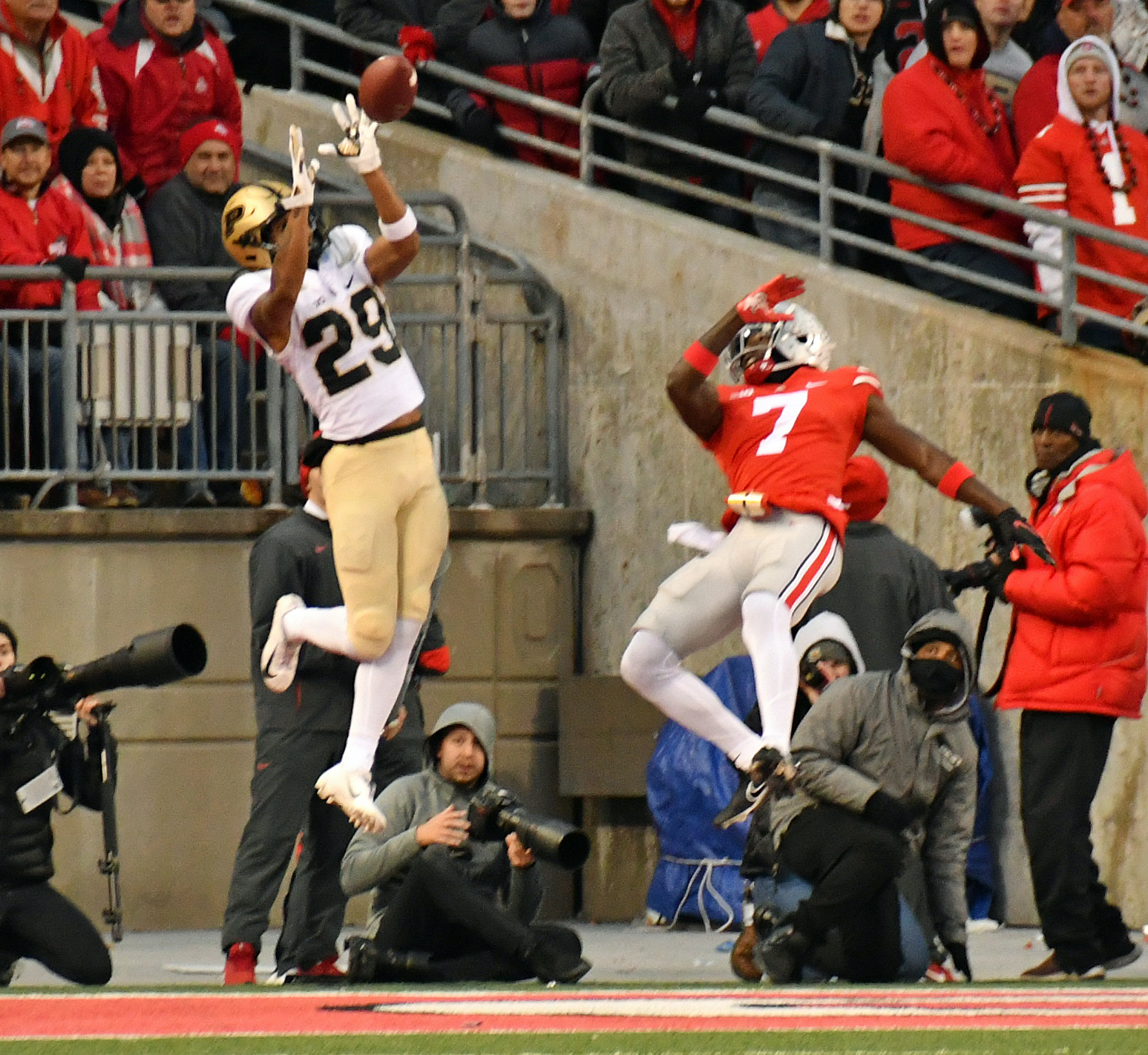 1. Does Ohio State have an answer for David Bell?

Bell snagged 11 passes for 103 yards, but he was targeted quite a few more times, and he didn’t score – though he should have caught that fourth quarter pass in the corner of the end zone. That’s not a perfect day for the Buckeyes, and namely for Denzel Burke, who drew the assignment, but it’s pretty darn good all things considered. Burke’s 11 tackles line up cleanly with Bell’s receptions because for the most part, Bell was taken down as soon as he nabbed the ball.

Against this guy, that’s half the battle. Ohio State didn’t let Bell run wild, and though it was gashed elsewhere (it’s time to start a dialogue about Sevyn Banks), that’s a big victory for the Buckeye secondary.

It’s hard to say because the Buckeyes did mostly have an answer for Bell, but let’s go with no for the sake of arguing. Even if Bell has two scores and goes up over the 200-yard mark, Ohio State scored on all but one pre-garbage time possession. When the Buckeye offense is cooking like it was, opponents will need an offensive performance for the ages to keep up.

3. Is the rushing attack terminal, or just slumping?

The jury is still out on this one, although this weekend’s matchup with Michigan State should go a long way toward answering it. Purdue didn’t offer much in the way of resistance up front, and outside of his 57-yard touchdown scamper, top tailback TreVeyon Henderson averaged only 3.4 yards across 12 carries. No. 2 runner Miyan Williams had a far better day, but he did much of his work on the final drive of the game when the win was already well in-hand for the Buckeyes.

Churning out clock like that is a step in the right direction, as are some of the RPOs that OSU is working into the fold, but leaning even further into that feels necessary entering the final stretch. The rushing attack moves better when the stable of receivers are involved, either as decoys on those RPOs or as ball carriers on pop passes and jet sweeps.