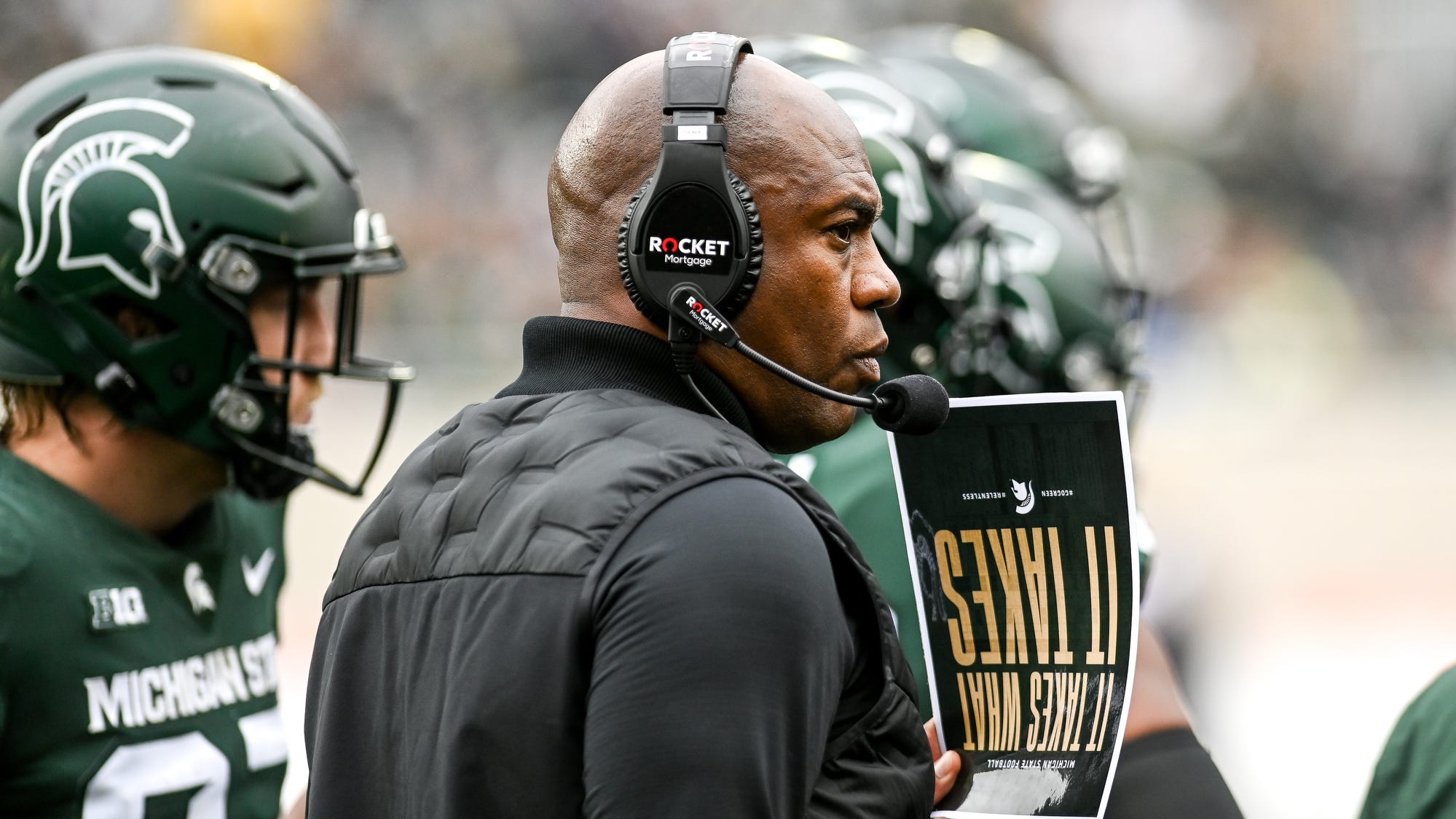 When Mel Tucker signed on to be Michigan State’s head coach on Feb. 12, 2020, he delivered a message in the team meeting room, claiming the program would play for championships.

Michigan State defeated Michigan 37-33 on Oct. 30 before suffering its first defeat in a 40-29 loss at Purdue the following week. The Spartans bounced back with a comfortable 19-point win against Maryland on Nov. 13 to maintain control of their destiny in a pursuit for the conference title and a spot in the College Football Playoff.

“We’re in November, and we’re in the hunt,” Tucker said on Monday. “We put ourselves in a position to play meaningful games in November, so we have a tremendous challenge ahead going into Columbus on Saturday.”

Ohio State has beaten Michigan State in five straight games. In the last four contests, the Buckeyes have outscored the Spartans 160-31. They remain the top team in the Big Ten and have won four consecutive conference titles.

Tucker is familiar with the Ohio State program. He spent four seasons as an assistant coach under Jim Tressel, and he was on the staff that won the 2002 BCS National Championship.

The Buckeyes were on their way to a playoff spot last year when they ran into the Spartans. Michigan State had averaged just 12 points in their five losses and scored as much in a 52-12 blowout to Ohio State in East Lansing.

The Spartans have changed a lot since their loss to the Buckeyes last season, including significant improvements to the offense. However, the defense remains porous against the pass and struggles to stop their opponent’s aerial attacks.

On Nov. 13, Michigan State and Ohio State both had stellar days offensively but below-average days on the other side of the ball. The Spartans gained 481 yards while their defense allowed 447 to Maryland. The Buckeyes posted a season-high 624 yards and gave up 481 and 31 points — the third time they’ve allowed an opponent to score 30-plus this season.

TreVeyon Henderson, Williams and Teague combine to give Ohio State the nation’s 30th best rushing offense with 196.8 yards per game. It has also seen contributions from Marcus Crowley, who lost his season to injury, and Evan Pryor, who is eligbile to redshirt this season.

Like Michigan State, Ohio State’s defense has its deficiencies in the passing game. The Buckeyes allow 261.5 yards through the air to rank 108th. Thorne, who is coming off his third game with four passing touchdowns, averages 251.8 passing yards to go with running back Kenneth Walker III’s position-leading 1,473 rushing yards and 17 rushing yards.

“I would say that our confidence as a whole offensively, it goes up as time goes on,” Thorne said. “You start to go against different guys. And when you’re playing and doing good things, that helps. And I think that’s what we’ve been doing lately.

Ohio State head coach Ryan Day has the utmost respect for Tucker and Michigan State. He said the MSU lead-man had created a “champion-level roster” in East Lansing, and the Buckeyes need to be ready to fight on Saturday afternoon.

“It’s a huge challenge,” Day said on Tuesday. “This is what it’s all about. This is why you come to Ohio State.”