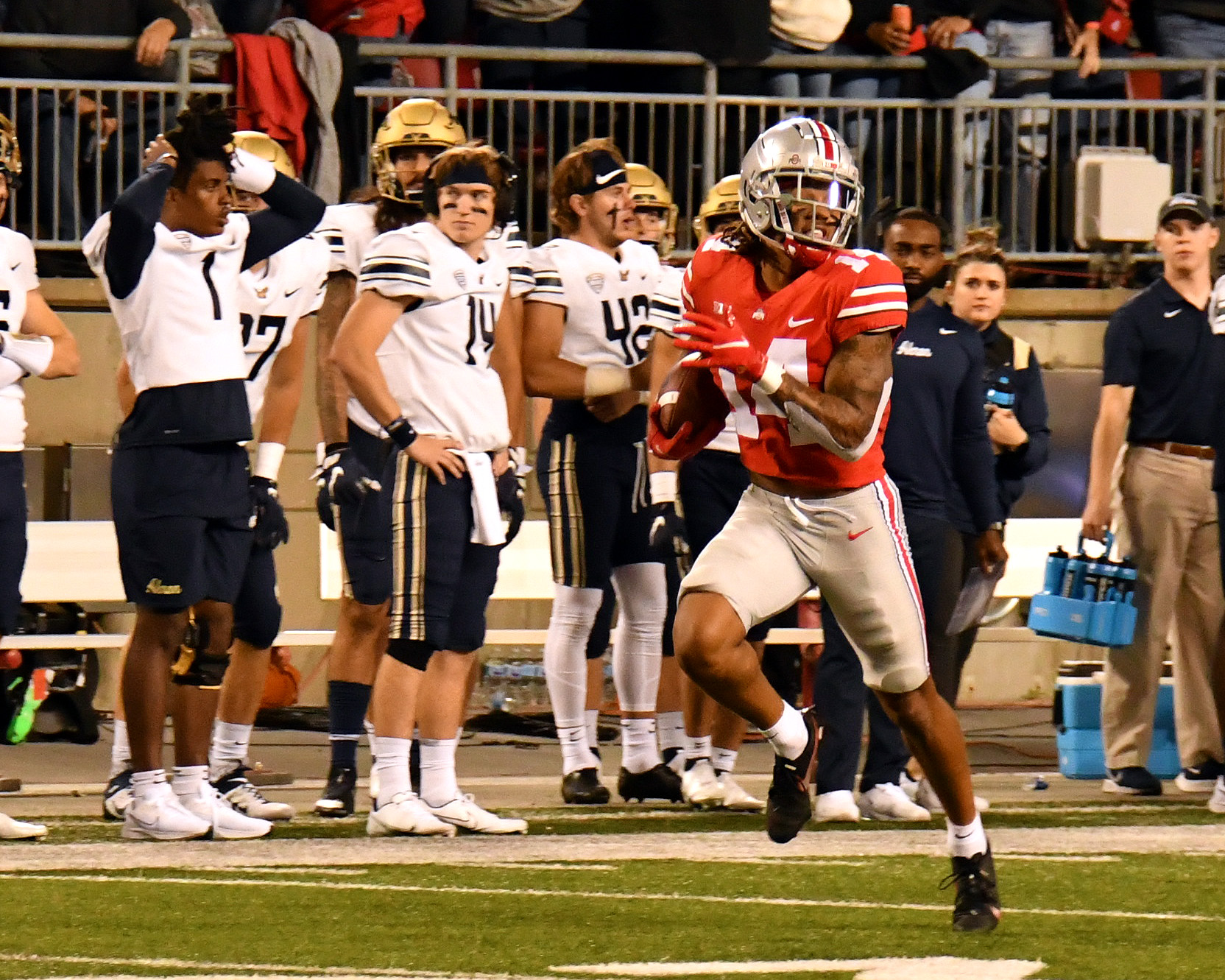 Ahead of Ohio State’s 59-7 blowout of Akron on Sept. 25, BSB put together a trio of questions that the Buckeyes could answer on Saturday. Now, we have some answers.

1. What can Kyle McCord do?

McCord’s debut was about what we expected. The freshman signal-caller was 13-of-18 passing for 319 yards, two scores and a bad interception. He completed the vast majority of the throws he was asked to make, it’s just that many of those throws were screens, pop passes or other short tosses that really didn’t do much in the way of informing us about McCord’s ability.

That he wasn’t missing those passes is good, sure, but it’s not like he gained those 319 yards with huge throws down the field. Rather, Garrett Wilson, Jaxon Smith-Njigba and Emeka Egbuka were doing what they do, creating yards after the catch. There’s something to be said for getting out of the way as a quarterback, and McCord did that, but it’s difficult to evaluate a whole bunch from this kind of game, especially against an awful opponent.

The few throws down the field, including a 34-yard touchdown to Smith-Njigba and another completion to him on a flood concept, were similarly inconclusive. McCord had no bad misses down the field, but that touchdown was significantly underthrown, which balances out that great throw on the flood play. McCord did his job, but he wasn’t transcendent. Against Akron, he needed to be if he wanted to usurp the starter job from C.J. Stroud.

2. Can Ohio State get the backups some reps?

It’s a definitive yes here. Ohio State got 76 players onto the field for snaps against the Zips (69 on non-special teams), played a good portion of its 2021 recruiting class and worked in players that it has been wanting to see for a while now.

Of that group, freshman tackle Tyleik Williams, freshman end Jack Sawyer, freshman halfback Evan Pryor, freshman wideout Emeka Egbuka and redshirt freshman bullet Kourt Williams all looked quite impressive, along with a few others. That’s a lot of encouraging youth, but for a Buckeye team that’s still hunting for consistent contributors, a youth movement of sorts may not be the worst thing in the world, especially with you as good as Williams or Sawyer.

3. Is there another blowout on the schedule?

Inconclusive. Ohio State did what it was supposed to do against Akron, which does at least indicate that if the Buckeyes draw another cupcake, they should be able to handle it. However, as mentioned pre-game in this space, it’s hard to know if there is another cupcake here. Rutgers certainly isn’t, and nearly upset a good Michigan team. Maryland is 4-0. Indiana has struggled but is still at least a bowl team. Penn State and Michigan are good. Michigan State isn’t as good as many think, but still won’t be a blowout by any means. Even 2-3 Nebraska has shown plenty of signs of life in its losses, especially on defense, and Lincoln isn’t a friendly place to play.

The only real contender seems to be Purdue, but the Boilermakers are 3-1 and just handled Illinois. This question likely doesn’t get an answer until we can see more from Purdue, and perhaps Nebraska.