Three Questions Ahead Of Ohio State-Akron 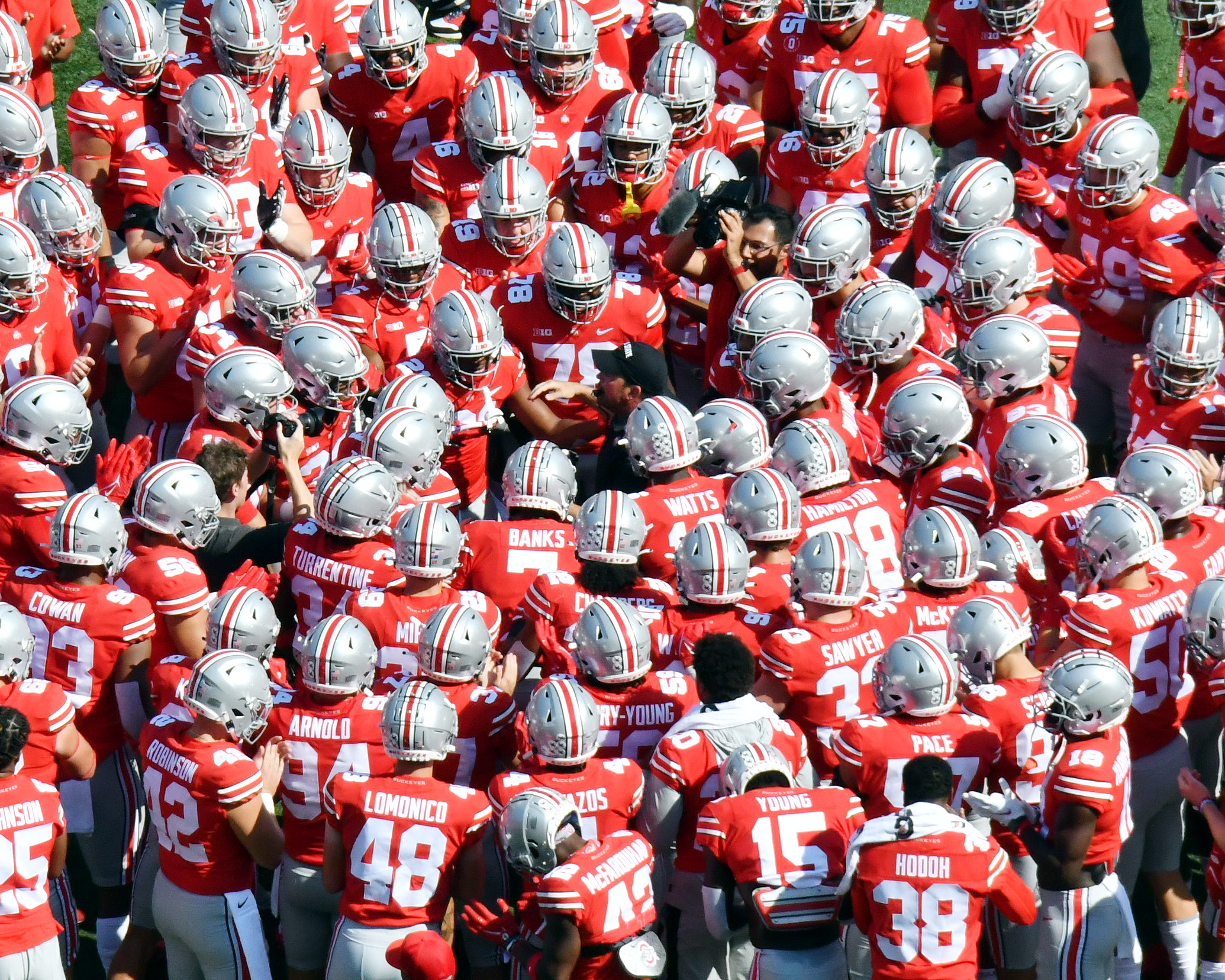 1. What can Kyle McCord do?

Ohio State is going to sit starting quarterback C.J. Stroud on Saturday, barring, as head coach Ryan Day said, emergency circumstances. Anything can happen in college football, but it’s hard to imagine Akron – which lost by 21 points to an awful Temple team – doing anything that would constitute an emergency for the Buckeyes.

The Buckeye head coach has yet to announce Stroud’s replacement against the Zips, but true freshman Kyle McCord is presumed by many to win the No. 2 job over redshirt freshman Jack Miller. For the sake of this article, let’s assume that the consensus is right. The Zips have one of the nation’s worst defenses, allowing 39.7 points per game (123rd nationally) and 223.0 passing yards per game (76th) on just 25.0 attempts on average (8.9 yards per attempt, 115th nationally).

That’s a lot of free real estate for the Pennsylvania native. McCord flashed an active arm and a willingness to throw the ball down the field in Ohio State’s spring game. Can he do the same here? Will his high school teammate, wideout Marvin Harrison Jr., get more involved too? Would any performance be enough to knock Stroud out of the starting role? There’s are a whole lot of applicable questions here. Let’s get some answers.

2. Can Ohio State get the backups some reps?

It’s been 15 games since Ohio State was able to comfortably work its backups into a game, going all the way back to a 56-21 victory against Rutgers in 2019. Quarterback Chris Chugunov was 5-of-14 passing for 61 yards and two touchdowns. Steele Chambers rushed nine times for 56 yards. Jaelen Gill nabbed an impressive receiving touchdown, serving as the first glimpse at a player that many expected to be a long-term contributor for the Buckeyes.

In the games since, though, Ohio State just hasn’t found that same comfort, be it through its own struggles or through the all-Big Ten 2020 schedule offering little in the way of natural breaks. Again, anything can happen, but Akron should offer a respite for these Buckeyes for the first time in nearly two seasons, and that should mean the opportunity to see some young faces for the first time. With a freshman class as strong as this one, it would be hard for the Buckeyes not to get some youngsters more involved, especially when/if this matchup gets out of hand.

3. Is there another blowout on the schedule?

In tandem with the previous note, these games do have quite a bit of value for the Buckeyes – just look no further than the current starting lineup, which is filled with players lacking in the kind of experience that blowouts can usually provide. Ohio State was without a quarterback that had thrown a college pass entering this season. Many of the team’s problem areas are packed out with players without any significant collegiate experience, and it shows.

But, will there be chances beyond this one for the Buckeyes to work in younger players in a real game environment. Through three games, it looks a whole lot less likely than it did entering the season. Former doormats Rutgers and Maryland both look legitimately formidable, as does Michigan State. Ohio State’s remaining Big Ten West draws could make for potential chances to pull away as neither Nebraska nor Purdue has been terribly impressive this season, but beyond that, it seems like the Buckeyes could be in for eight more competitive football games after working through the Zips. That’s not ideal for the depth and the future.