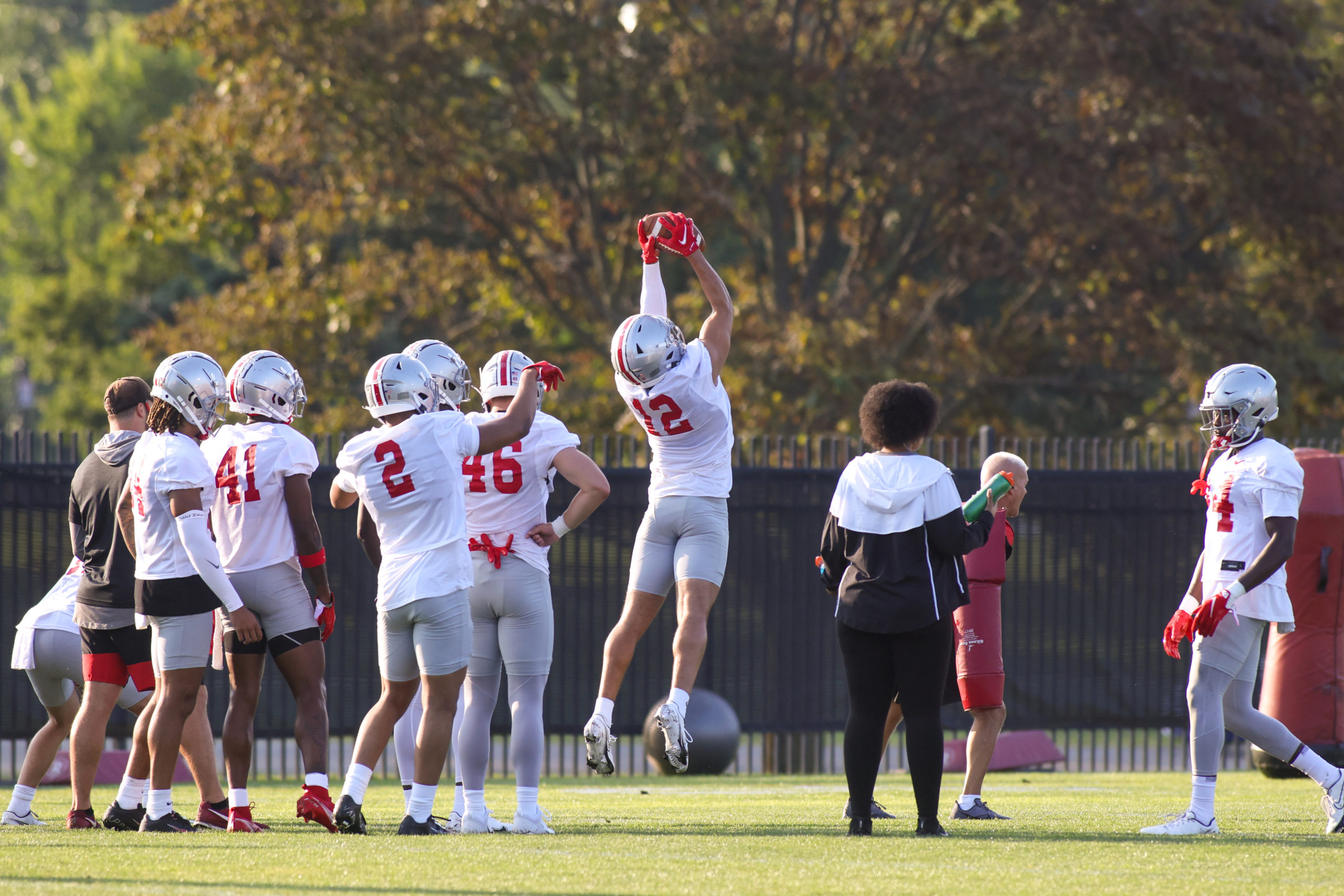 With Ohio State into fall camp and welcoming reporters back into the Woody Hayes Athletic Center to talk to coaches for the first time since early 2020, Buckeye Sports Bulletin is jumping back into the preview game with position-by-position looks at the team ahead of media availabilities with the respective position coaches. Today, defensive backs coach Matt Barnes and several safeties took center stage.

1. How big is the bullet role?

The talk of the town in Columbus this offseason has been about the revival of the bullet position among the Silver Bullet – originally a Greg Mattison innovation that never really materialized during the former Michigan DC’s time in Scarlet and Gray. Now, with the four-man linebacker tandem that kept that bullet off the field away from Ohio State and into the NFL, the Buckeyes spent the offseason looking for replacements and seemed to have settled on the hybrid spot as at least a partial answer, taking one linebacker off the field and shifting into more of a 4-2-5 look.

The Buckeyes will use the more modern defense, though frequency is still a state secret as Ohio State enters its week one matchup with Minnesota. Several defensive coaches have said that it will be deployed on a matchup-by-matchup basis, only using the bullet when the opponent calls for it, but the Buckeyes would be hard-pressed to find an opponent that doesn’t run the kind of offense that the 4-2-5 was invented for. Does that mean that it can be considered the new base defense, with Craig Young, Ronnie Hickman and Kourt Williams sharing time? Ohio State sure isn’t telling before it has to.

There’s are no such questions about the usage of senior Josh Proctor as the full-time free safety this season. Expect to see the Oklahoma native on the field as much as any defender for the Buckeyes this year as he slides into the free safety spot that Jordan Fuller dominated in 2019 after swapping between it and more of a box safety look early in his career.

However, there’s a distinct difference between quantity and quality, and Ohio State will need much more of the latter from the inconsistent safety this season. Proctor has flashed immense talent for years now, and defensive coordinator Kerry Coombs has said that he’s finally made the jump to frequent excellence instead of those occasional flashes. If that’s true, Ohio State’s pass defense could be in for a serious jump, with a true centerfielder in the backfield to help support a green cornerback room that was torched down the field far too often in 2020.

3. What does Ohio State mean by “coverage safety”?

One of the harder to define positions on Ohio State’s defense is the slot corner, nickel corner, coverage safety spot, which seems to shift in its purpose with each coach and player asked about it. Last season, the coverage safety spot, as it has been described this season, was filled by Marcus Williamson and Lathan Ransom, and served essentially as a slot cornerback that could flex into a deep safety spot if needed (see: rarely).

This season, Ransom, Williamson, Cameron Martinez and seemingly every other non-outside cornerback has been hit with the coverage safety tag, but it’s still hard to know what exactly Ohio State is planning for those players. Ryan Day has frequently affirmed his commitment to a single-high safety look, which indicates that the Buckeyes really mean “slot cornerback” when they say coverage safety, but the verbiage almost indicates a further shift into informational versatility, like the Buckeyes showed against Clemson – when they were willing to move players like Ransom into more of a safety spot pre-snap to disrupt quarterback reads.