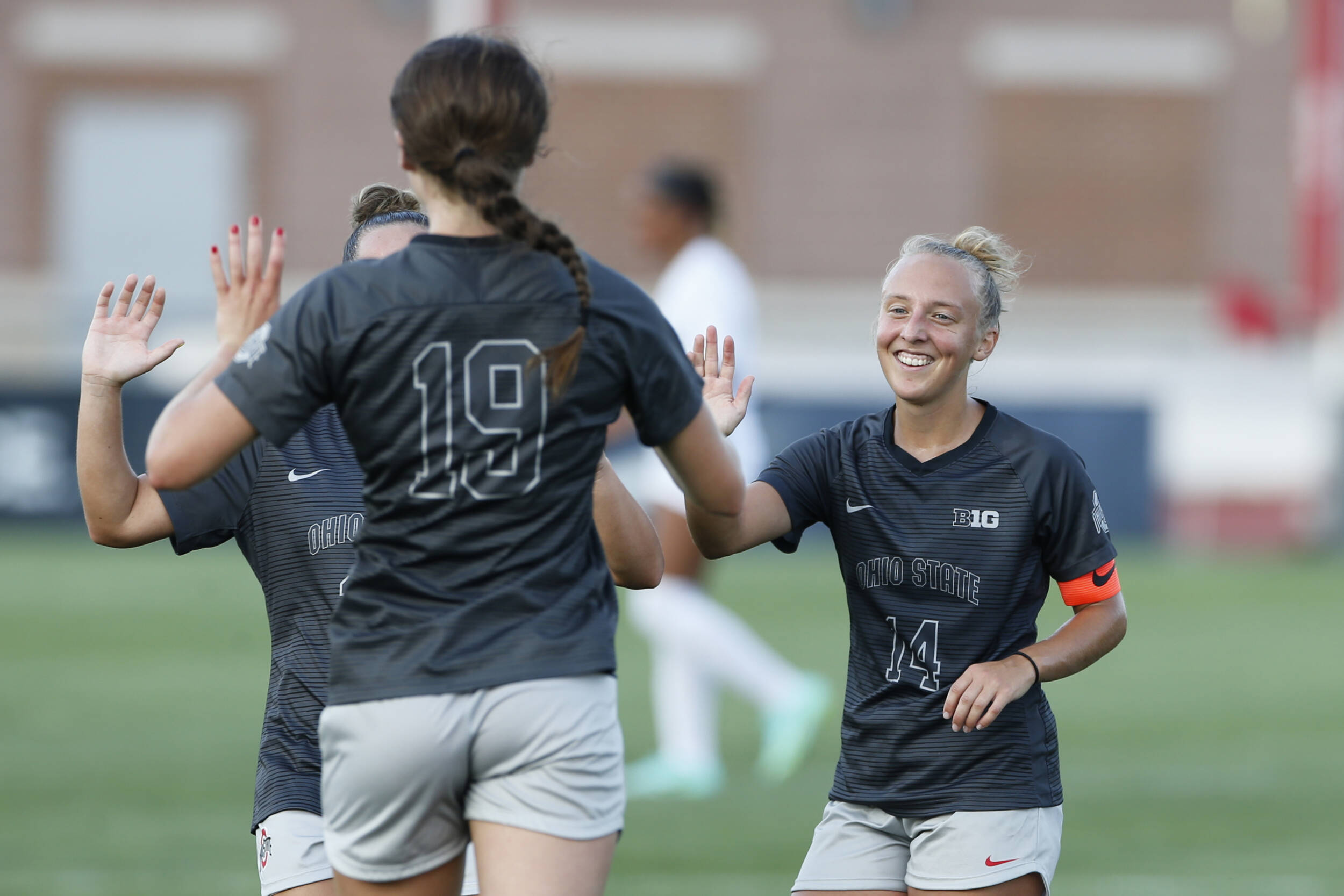 Ohio State women’s soccer opened its season on the road against No. 15 BYU on Thursday night, falling to the Cougars 3-0.

BYU opened the scoring early as three-time All-American midfielder Mikayla Colohan capitalized on an assist from freshman midfielder Olivia Smith in the sixth minute to give the Cougars a 1-0 lead. At the end of the first half, the pair combined again to extend the team’s lead to 2-0.

In the second half, BYU sophomore forward Ellie Maughan connected with a loose ball in Ohio State’s box to push the Cougars ahead 3-0.

The Buckeyes made a late push on the attack in the final 10 minutes of regulation but failed to convert on goal-scoring opportunities. Junior Emma Sears totaled six shots, and senior goalkeeper Bailey Kolinski made six saves.

Ohio State senior forward and first-team All-Big Ten honoree Kayla Fischer did not play in the game as she served a suspension from a red card she received in the NCAA Tournament game against Santa Clara last season.

The Buckeyes bounced back against Akron University 4-1 on Sunday night, dominating the Zips from start to finish and earning the program’s 300th win.

Less than a minute into the game, Sears broke free and scored the match’s opening goal. The Buckeyes dominated possession the rest of the first half, creating multiple clean looks that led to scoring chances.

Sears scored her second goal of the night after speeding past the Zips defense and placing the ball in the bottom left corner of the net to give Ohio State a 2-0 lead. Akron quickly cut the lead in half as freshman Morgan Pentz sent a long-range rocket past Kolinski.

Ohio State freshman forward Kailyn Dudukovich capitalized off a tremendous pass from Fischer, extending the team’s lead back to two goals. The Buckeyes entered the half with a 3-1 lead.

Sears collected her hat trick late in the second half to give the Buckeyes their 4-1 final. Fischer finished the game with two assists and five shots.

The Buckeyes outshot the Zips 30-5, putting 13 shots on target.

Ohio State will be home for its next four matches, starting with a game against Bowling Green on Aug. 26. The opening kickoff will take place at 7 p.m. from Jesse Owens Memorial Stadium and stream on BTN Plus.

Ohio State men’s soccer looks ahead to the regular season after competing in two exhibition matches against Ohio Dominican and Butler last week.

Last year, Ohio State started its season in late February after the university postponed all fall sports due to the coronavirus pandemic. The Buckeyes finished 3-6-1 (3-5-1), losing its final five games of the season.

After a short offseason, Ohio State head coach Brian Maisonneuve will look to capture his first winning season as the leader of the Buckeyes after finishing the last three seasons with a combined record of 11-32-3.