The Latest On Trustees’ Meeting To Discuss Meyer Investigation 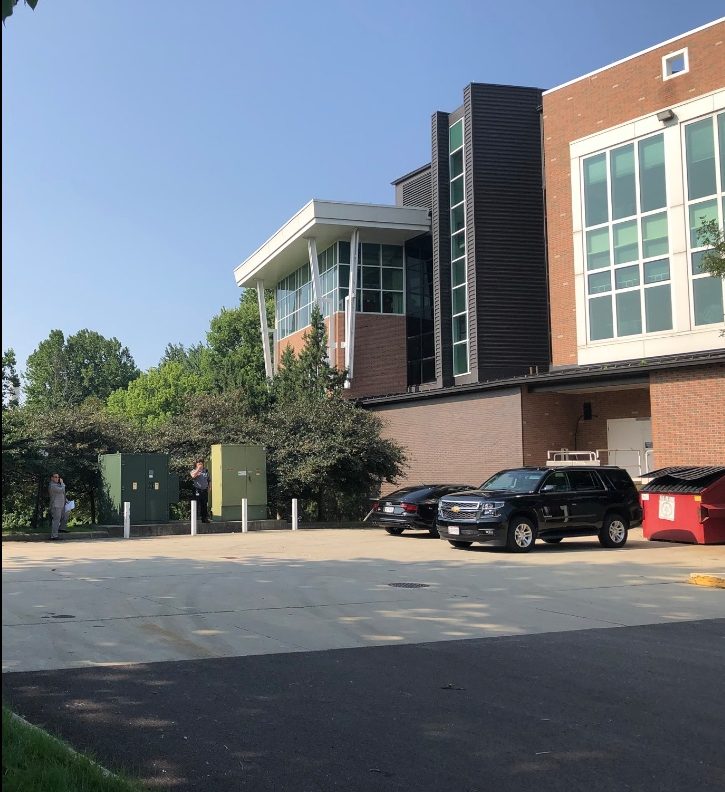 The Ohio State board of trustees moved into executive session a little after 9 a.m. Wednesday to discuss the findings of the investigation into how football head coach Urban Meyer handled knowledge of domestic abuse allegations against a now-former assistant coach.

The 20 trustees, including former Ohio State basketball star Clark Kellogg, are meeting at the Longaberger Alumni House, which is located east of the Schottenstein Center on the opposite side of Olentangy River Road.

Developments have transpired since this morning, so BSB has chronicled the events that have taken place throughout the day.

Meyer was spotted entering the Longaberger Alumni House shortly after the executive session began. He parked near the loading dock of the building and entered there.

JUST IN: #OhioState Coach Urban Meyer is in the building where the trustees are deliberating his future. He was seen entering a short time ago https://t.co/kinC9NvFbx pic.twitter.com/4c46tSuOl6

A truck later pulled up to the loading dock, and a man delivering a metal container said a podium was inside of it, leading many to believe that a press conference would be held sometime Wednesday.

Then, around 12:30 p.m., Ohio State police came out from the Longaberger Alumni House and told reporters to clear out from the loading dock, possibly indicating that Meyer would soon be leaving.

Ohio State police came out from Longaberger Alumni House and told reporters to clear out from the loading dock, where head coach Urban Meyer’s car is parked. So his departure could be soon. Meyer is in the building as the board of trustees and independent investigative team meet. pic.twitter.com/64TSONmP3s

About an hour later, Ohio State director of media relations Benjamin Johnson told reporters at the loading dock that an update on the trustees, investigators and Meyer could come in “an hour or two.” However, he said, an announcement still might not come Wednesday.

Ohio State director of media relations Benjamin Johnson told reporters at Longaberger Alumni House’s loading dock that an update on the trustees, investigators and head coach Urban Meyer could come in “an hour or two.” However, he said, an announcement still might not come today.

Around 2 p.m., Kellogg left the room and told reporters that “progress was being made.”

Clark Kellogg says progress is being made… pic.twitter.com/01bGof0iOz

Several trustees just came outside for a brief break. Clark Kellogg, an OSU trustee, said progress is being made. Urban Meyer is not in the room with trustees discussing the investigation.

Head coach Urban Meyer’s wife, Shelley Meyer, just arrived to Longaberger Alumni House. Ohio State’s board of trustees and independent investigative team have been meeting since 9 a.m., while Urban Meyer has also been in the building for the past four hours. pic.twitter.com/Y8NKJmQlgS

In hour No. 6 of the executive session, fans began showing up at the Longaberger Alumni House, including Tennessee Jeff, who organized the Aug. 6 rally that was held in front of Ohio Stadium.

Ohio State fan Tennessee Jeff, who formed the Aug. 6 rally at Ohio Stadium in support of head coach Urban Meyer, is among the few fans to have trickled into the parking lot outside of Longaberger Alumni House as the trustees and investigators meet. He lives in Myrtle Beach, S.C. pic.twitter.com/XuShV85pIc

Click the button below for up-to-the-minute updates on what is taking place.