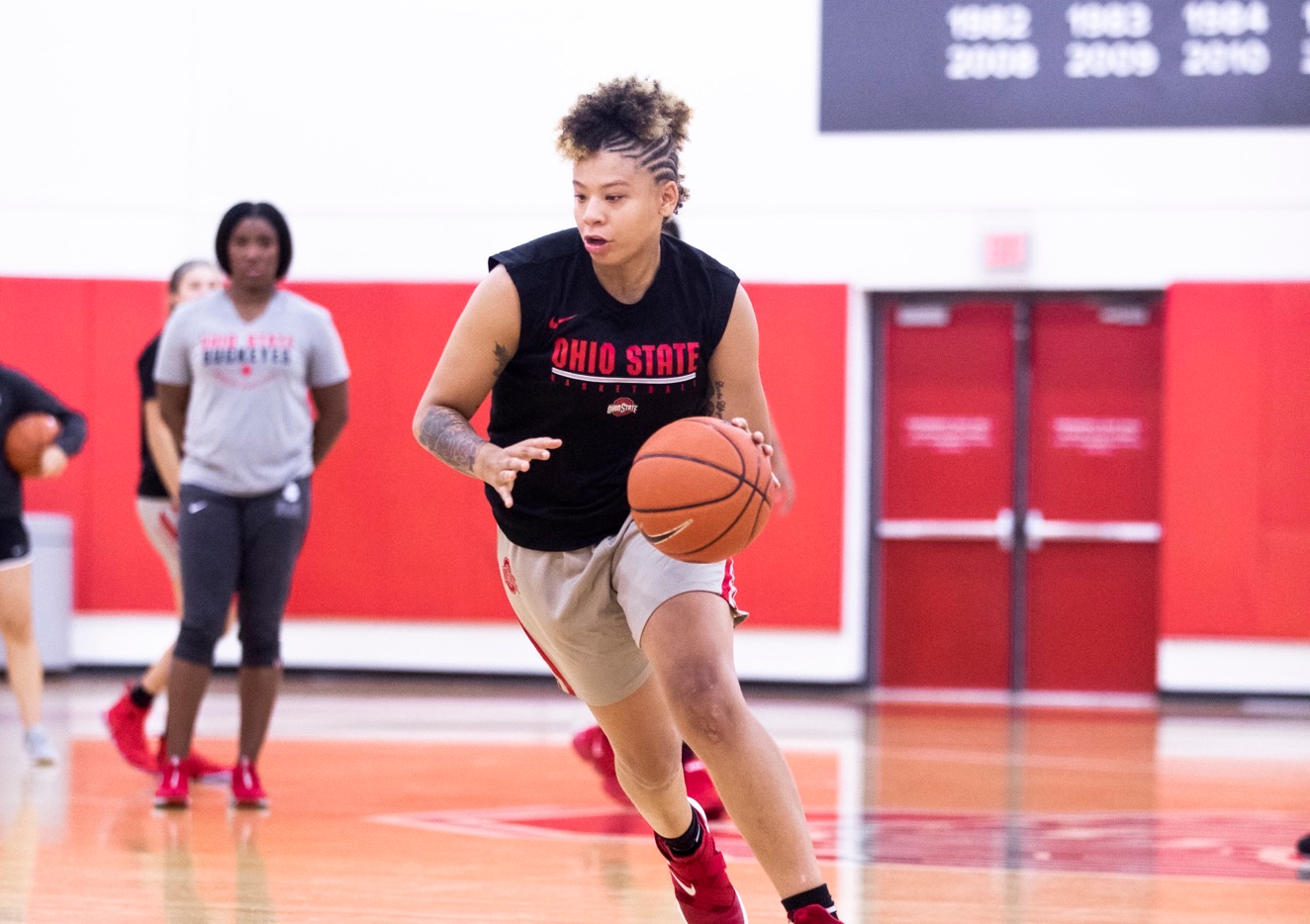 The Fresh Seven is a seven-part series on the seven freshman players joining the Ohio State women’s basketball team in the upcoming season. Week four is on five-star guard Rikki Harris.

By the time she was in the fifth grade, Rikki Harris had to overcome adversity.

Three years after starting basketball at the age of 3, Harris was playing basketball in an organized setting — on an all-boys team.

Four years later, she was the star player on her team, beating opponents of strictly the male variety so bad that the parents of the opponents Harris was dominating wanted her out of the league.

They wanted her out enough that they forced a rule change to mandate that teams be made up of only boys. It was a ban that forced a fifth-grade Harris to stay away from all-male teams from there on out.

“It was at the tournament and we had played this team probably a couple weeks before, and we had blew them out and I played pretty good,” Harris told Buckeye Sports Bulletin. “They protested for me not to play, and I was real young so I was really hurt, because I wanted to play bad, so I never wanted to feel that way again.”

Fifth grade was not the last time Harris faced adversity, not by a long shot.

Harris, now a freshman for Ohio State that comes in as the second-highest rated recruit in the class, has had enough adversity within basketball to fill the entire roster.

But none of that mattered to a basketball player that has strived for greatness her entire life.

“At a young age they could see the potential I feel like by me getting kicked out,” Harris said. “That just showed my potential then, and I feel like it hasn’t changed yet.”

One of the challenges came before her freshman season at North Central High School in Indianapolis, when Harris tore her ACL. She was unable to completely get her footing that season even after recovery, but still managed to become a starter by season’s end.

Harris’ sophomore year was her healthiest, and it showed with North Central’s 27-1 record and her team-leading 17.4 points per game.

Harris managed to up her point total to 17.8 points per game the following season, but it only came across 12 games as her junior season was also bogged down by a trapped nerve in her foot that required surgery early on, followed by a second torn ACL that ended her year.

The season was not one that Harris wanted to have, but in the middle of it came her commitment to the Buckeyes in Dec. 2017, just a few weeks before the second ACL tear.

Harris’ senior year found the Ohio State commit limited from prior injuries, which was not helped due to being forced to play without being fully recovered.

But all the injuries aside, Harris has made her way to Columbus, and while Ohio State head coach Kevin McGuff said that injury history is accounted for, he just saw so much he liked about Harris’ game from seeing her as early as her freshman year, that it did not matter.

“I saw her at a young enough age and was able to kind of really look at the attributes that she had that I love which is her toughness, her intelligence as a basketball player, being a great teammate and really just making other people around her better,” McGuff told BSB. “I just saw something in her that I thought was really special, and, even if she got hurt, she always seemed to bounce back.”

Harris isn’t out of the woods just yet: She rehabbed both her knees and dislocated her shoulder during this summer with the Buckeyes, an injury she had to both shoulders during her high school career.

But she said that she is currently ready to get back to practicing fully, which she appeared to be doing on Wednesday.

“Really no knee pain at all … hopefully I can start contact again on Monday,” Harris said on Oct. 2. “I’m a fast healer. With both of my ACL’s, it’s taking me four to five months at the max.

Harris’ personal expectations revolve around, unsurprisingly, maintaining her health throughout the season.

Regardless, Harris’ toughness has been put on display for nearly a decade, as a female making parents of an all-male team change the rules and in finding a way to fight through a wide variety of long-term injuries that could have derailed the lifelong dreams of a fifth grader.

Instead, Harris is here, and some of her hardest challenges are already in the rearview mirror.

“I’ve had some minor setbacks,” she said, “but I’m ready to make a major comeback.”

For more on Harris, including a pivotal relationship in her family and lofty expectations for the upcoming season, as well as the other features in The Fresh Seven, sign up for the print and online weekly edition of BSB.