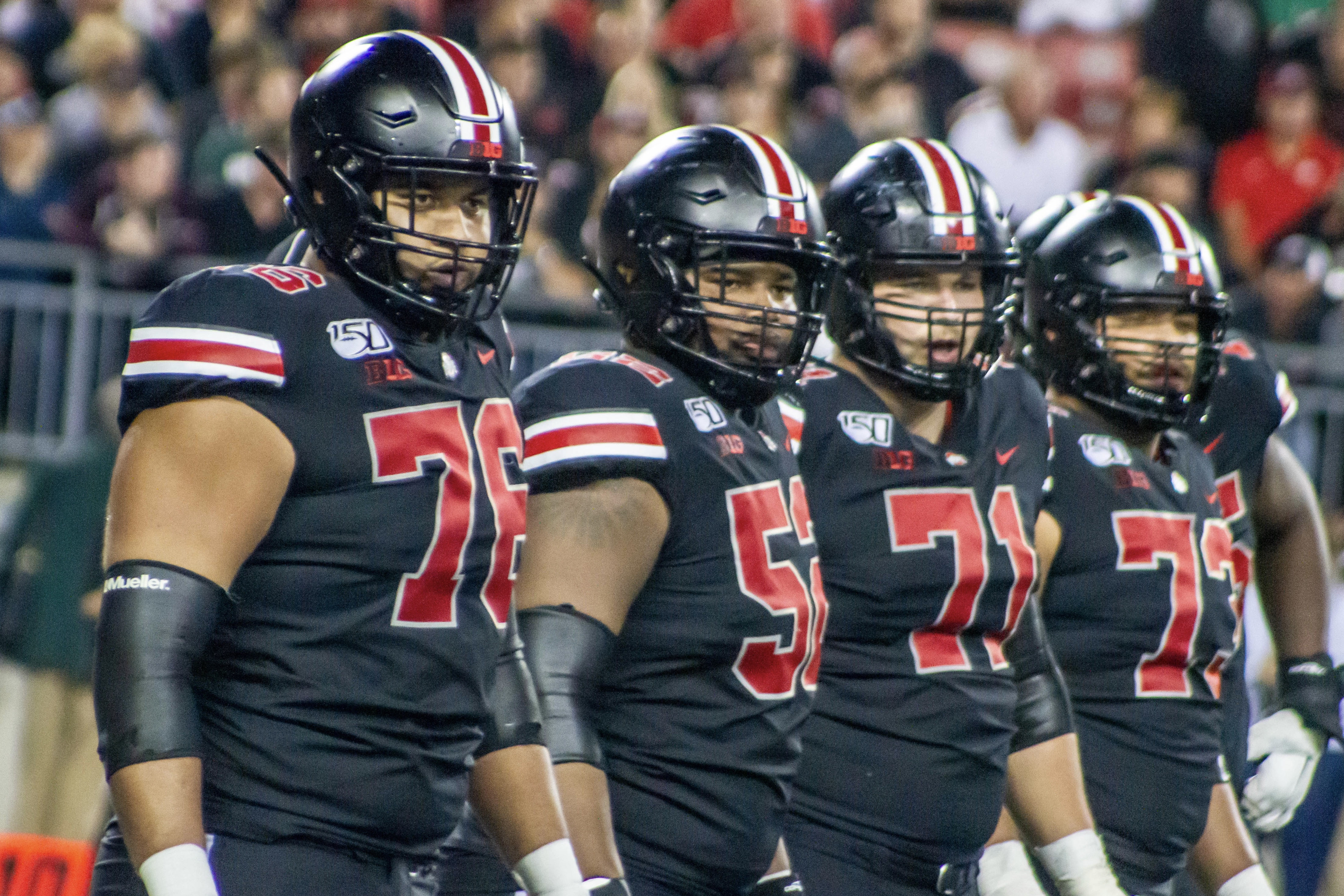 Ryan Day has coached just six games as the full-time head football coach at Ohio State, but he’s already announced to the college football world the kind of program that he wants to run, intentionally or not.

After a physical and dominant victory over Michigan State — one of the most brutal and ferocious teams in the Big Ten every year for the last decade — Day’s Buckeyes have an unmistakable identity as a team that doesn’t just have elite talent, but has a true commitment to outworking and breaking down opponents.

It showed in the final three quarters against the Spartans, as the Buckeyes ran directly into the teeth of one of the Big Ten’s best front sevens, picking up 323 yards on the ground (172 from starting halfback J.K. Dobbins) after a first quarter that saw them shut down, mustering just 16 total yards. Michigan State threw the first punch, and Ohio State responded with 12 rounds of complete domination.

This was in no way an accident. It wasn’t a case of Ohio State taking what Michigan State was giving it, because the Spartans were practically begging the Buckeyes to spread the ball out and throw down the field. Ohio State ignored it, cashing in the occasional big play but spending much of those final 45 minutes punishing the best defensive line it’ll face all season long.

Bust, it did. Early tackles in the backfield turned into three or four yard gains, and early four yard gains turned into first downs. The offensive line, led by Josh Myers, found its footing and returned to a groove it spent the first five games of the season in. After six or seven gut punches, Ohio State broke through one of the toughest defenses in the country, with Dobbins sprinting down the field untouched for a 67-yard touchdown.

Quite a bit of that success was set up by offensive line play that drastically improved after the first period of play. However, as Wilson is quick to remind anyone that’ll listen, the contributions of players on the outside cannot be forgotten.

“Your wide receivers will come in to catch your balls. Right now we’re running the ball, we’re trying to get the flow with our quarterback and our receivers in place, but to have those guys sell out and block is the sign the selflessness that a great team has and that’s tough.”

It was wideouts like Austin Mack, Binjimen Victor, K.J. Hill and Garrett Wilson and tight ends Jake Hausmann and Luke Farrell that made key blocks to turn those short Dobbins runs into first downs. When skill position players are beating up a defense as much as the line, there aren’t many teams that can go blow for blow with the Buckeyes.

Through six games, those skill position players have yet to miss a beat in the running game. Ohio State’s line has yet to be beaten or demoralized. Ohio State has set the tone with physicality, because Ryan Day’s Ohio State is one that make plays with speed and elite talent, but wins with a kind of physicality not seen in Columbus since the early 2000s. That physicality is ingrained in the culture, and it shows with the perimeter blocking.

“To me, to see Austin Mack have the great competitive Nebraska touchdown catch is awesome, but to sell out for your brothers, a part of our brotherhood, and I appreciate the way our perimeter guys are [blocking], because they want the ball. Ben Vic wants more of those touchdowns,” Kevin Wilson said. “So does Garrett Wilson. I thought Garrett Wilson did a tremendous job blocking for a freshman the other night. That part of him, you didn’t sign up for that technically when you signed here, but really once you get here, that’s what you buy into. I appreciate our guys for doing that.

“We want to be a team that plays with a physical presence and toughness.”

“I think the quarterback’s tough. I watch the way he takes shots and he stands in there. And I think our team is getting a little bit of that identity.”

While quotes about that physicality, about that toughness and about identity are great, Ohio State has said more on the field than any coach possibly could in a media room. The Buckeyes have shown their hand with grind-it-out wins over Cincinnati and Michigan State and with drubbings of Indiana and Nebraska.

Ohio State still has the speed, and the talent of old, but there’s a new piece to the equation, and through six games, the Buckeyes have made their identity very clear: They don’t just want to win, they want to break down anything and everything in their path.