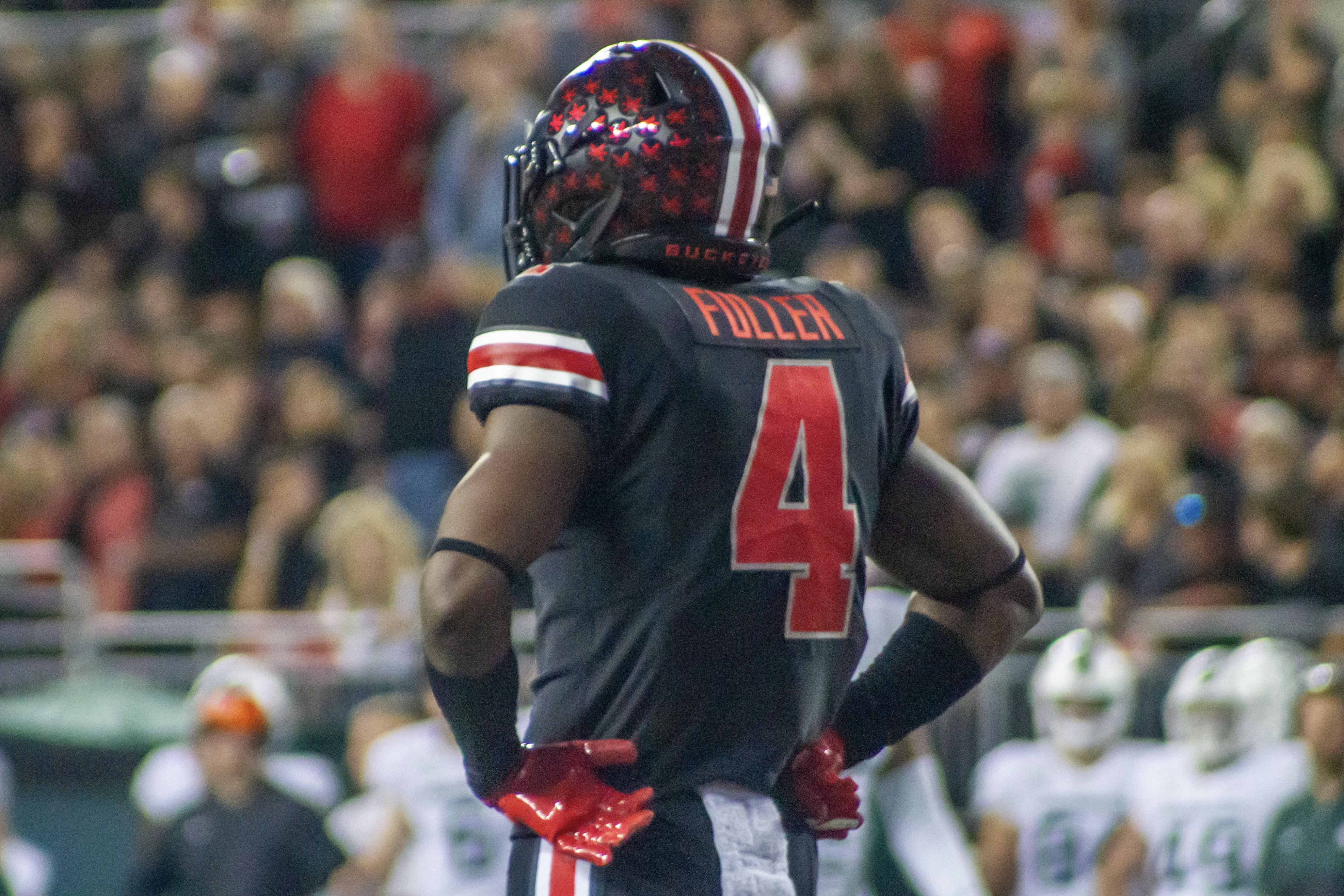 Jordan Fuller was named a quarterfinalist for the 2019 Lott IMPACT Trophy by the Pacific Club IMPACT Foundation.

The award recognizes the player who makes the biggest IMPACT on his team both on and off the field. IMPACT stands for Integrity, Maturity, Performance, Academics, Community and Tenacity.

The winner will be announced at a black-tie gala on Dec. 15 at the Pacific Club in Newport Beach, Calif.

The Foundation will donate $25,000 to the general scholarship fund of the winners’ university and $5,000 to each of three runner-up schools.

Fuller, who led the team in solo tackles in both 2017 and 2018, leads the 2019 Buckeyes with 32 stops (23 solo). The senior second-year captain also snagged two interceptions and broke up one pass through six games.

In Ohio State’s 34-10 victory against Michigan State, Fuller led the team with seven tackles (five solo) and picked off a pass that he returned for a touchdown before it was called back for a questionable illegal blindside block penalty.

The Old Tappan, N.J., native earned Lott IMPACT Trophy Player of the Week honors for his performance, and kudos from Hall of Fame safety Ronnie Lott, himself.

Fuller also stars in the classroom, earning first-team Academic All-American in 2018, Big Ten Conference Distinguished Scholar and multiple Academic All-Big Ten and OSU Scholar-Athlete awards. He is set to graduate in December with a degree in business marketing.

Voting for the quarterfinalists was done by members of the board of directors, former coaches and players as well as journalists.

In the 16 years of the award, five Big Ten players have earned the Lott IMPACT Trophy, including one from Ohio State. James Laurinaitis won the prestigious honor in 2016.