The Fresh Seven: Madison Greene Has No Regrets Flipping to Ohio State 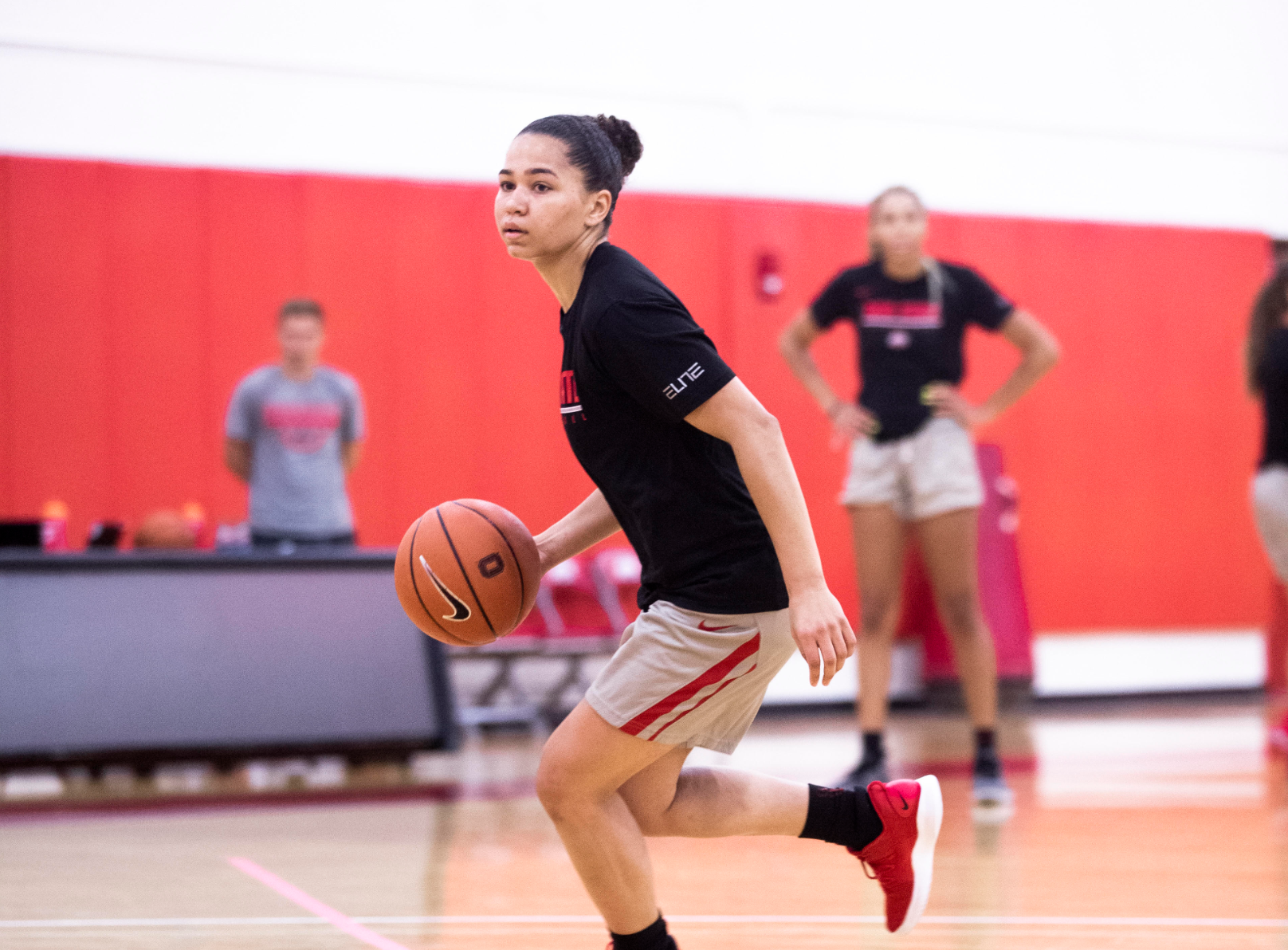 The Fresh Seven is a seven-part series on the seven freshman players joining the Ohio State women’s basketball team in the upcoming season. Week five is on four-star guard Madison Greene.

On Nov. 18, four-star guard Madison Greene, along with a variety of other athletes at Pickerington Central, as well as Pickerington North, signed her letter of intent.

Greene was heading into her senior season, fresh off winning a state championship after being bounced in the first round of the tournament two straight seasons.

That letter of intent was to Penn State, a program that she fell in love with through the campus at State College, the players on the roster, but also the coaching staff, which was headlined by Coquese Washington, the Nittany Lions head coach.

But after a 12-18 record, which included a 5-13 record within the Big Ten, Washington and Penn State parted ways after 12 seasons. From there, Greene revoked her letter of intent and began the process over again.

“It was still between Penn State and Ohio State where I was going to go,” Greene told Buckeye Sports Bulletin. “I talked with my family and some of my coaches and they really helped influence me with my decision and everything, so we just felt like staying home was the better option.”

Staying home gave the Buckeyes their seventh and final commitment for the 2020 class, and was a nice surprise addition for head coach Kevin McGuff’s team heading into a new season with primarily underclassmen.

“I was interested to see what her interest level would be with us, and when she was interested I was excited, because I knew she could be a great addition to the group that we already had in place,” McGuff said. “I’ve always loved her game, and appreciated how hard she played, and I really like the fact that she really makes other people better, and then, having her here now, I’ve really gotten a chance to know how great of a kid she is and how hard of a worker she is.

“She’s been a great addition, I really like her, I’m happy she’s here, I think she’s going to have a very bright future for us.”

Greene called the time when she was flipping commitments and deciding between schools “literally the hardest decision” she has ever had to make.

But, just over five months removed from her decision to commit to Ohio State on May 11, Greene said she has no regrets about the path that she has chosen to go on.

“I feel like this is a good program for me to be at, and I’m glad I made this decision because, man, I can’t imagine me being all the way like six hours away from my family, that would have been really hard,” Greene said. “If I had gone to Penn State, things would have been completely different than they are now, but I’m very happy with where I’m at right now.”

Greene shined at Pickerington Central, but in her freshman and sophomore seasons, the years ended with exits in the Regional Semifinals, both by one possession, and both on buzzer beaters.

After winning it all in her third season, Greene said the mentality within the team did not change for her senior year, but the talent levels did, even if it was slightly.

The lesser amounts of talent resulted in a second straight trip to the state championship game, but this time, Pickerington Central was defeated by Mount Notre Dame 52-31.

In his sales pitch to Greene once she was debating leaving Penn State, McGuff said he just vouched for the group he was building in 2019.

“Just that I thought we were on the verge of really bringing in a great class and putting this program in position to be really special in the coming years and that she could be a part of that, and I think she wanted to be a part of something like that,” McGuff said. “I’m really happy she decided to come and, like I said, I think she’ll be a great contributor to this program.”

Currently, Greene has been dealing with a lingering ankle sprain that hasn’t gone away after four weeks, which left Greene in a boot on Oct. 9, but it is not an injury that is expected to carry into the season.

With Greene officially situated into her school, she comes in ready to make a difference for Ohio State, and she is not coming with expecting any immediate setbacks with a lack of experience on the team.

“Win as many games as we possibly can,” Greene said for her season expectations. “We’re not trying to lose at all, that’s the mindset that we’re trying to come into this season.”

For the full story on Greene, including her playoff battle with Jacy Sheldon, as well as the other stories in the Fresh Seven series, sign up for the print edition of BSB.