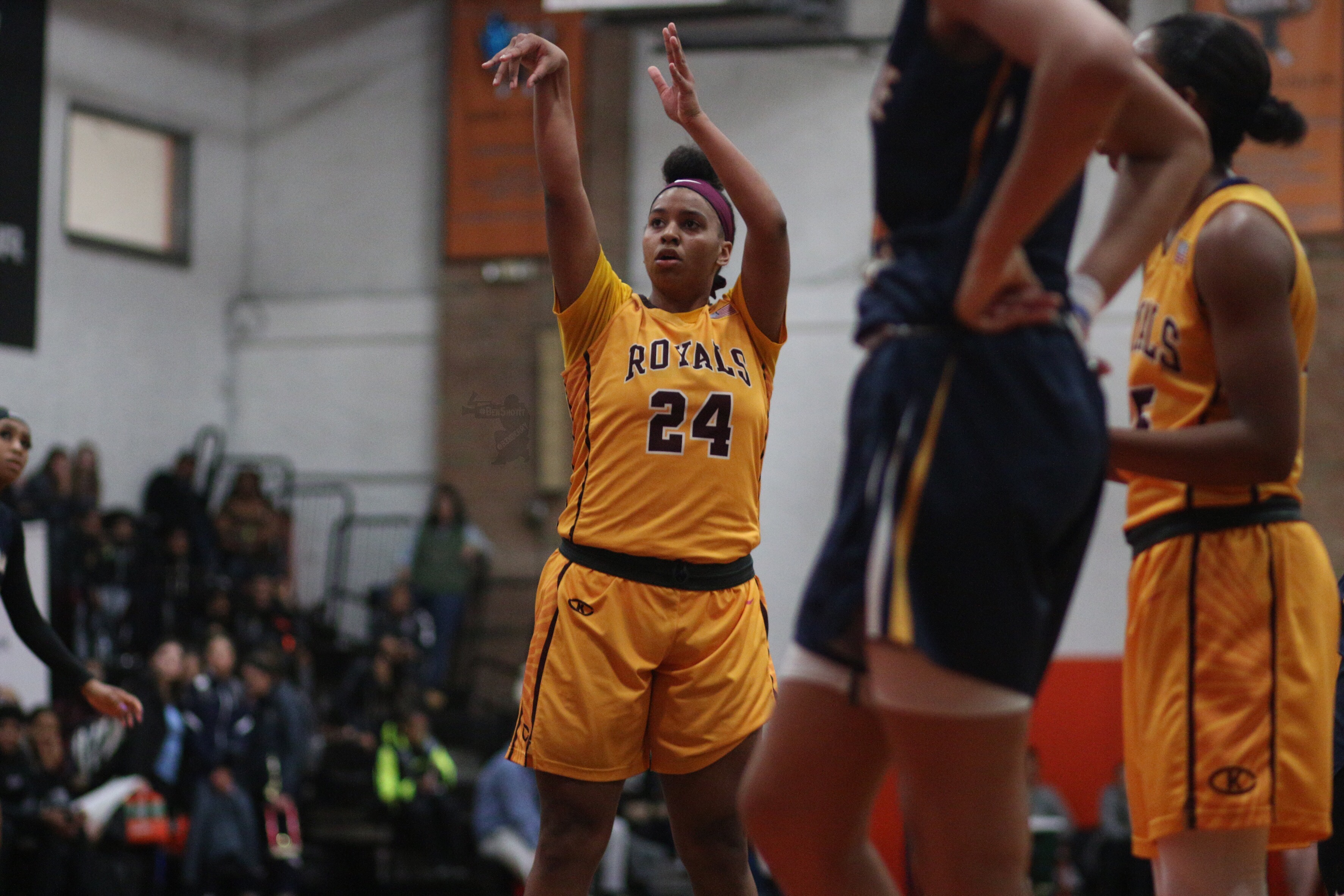 The Fresh Seven is a seven-part series about the seven freshman players entering their first season for Ohio State women’s basketball. Week two is on Kaelynn Satterfield.

Before Kaelynn Satterfield was even born, simply her name created an expectation.

Satterfield is the daughter of former NBA player Kenny Satterfield, a guard that went to the University of Cincinnati for two seasons, averaging 14.1 points, 4.7 rebounds and 5.1 assists per game in his sophomore year before being selected No. 53 overall in the 2001 NBA Draft by the Dallas Mavericks.

Eventually, Kenny Satterfield’s plans changed, and he found himself playing in Europe, Asia and South America.

Kaelynn Satterfield started off against the game of basketball due to its over saturation in her life as a child.

“Because my dad played, I don’t know, I just didn’t like it,” Kaelynn Satterfield told Buckeye Sports Bulletin. “I was like ‘No, not going to be me.”

Around the age of seven, Satterfield went to an after-school program and saw a girl playing that ended up being a motivating factor in her decision to give the sport her father is known for a legitimate chance.

Eventually, that led her to pick basketball over dancing at the age of 11 after there was too much running around between the two.

It also eventually led her to become the standout star at Christ the King High School in Middle Village, New York, a school that went to the Division-AA diocesan championship during Satterfield’s final three seasons, with Christ the King winning two of them.

The four-star wing prospect, who averaged 17.3 points and 6.5 rebounds per game in her senior season, was ranked as the No. 16 wing and No. 88 overall prospect in the 2019 class by ESPN. But, she did not feel locked into her home state as much as many other recruits do, and not as much as three Ohio State commits — Kierstan Bell, Madison Greene and Jacy Sheldon — all of which come from in state, did.

“I never really wanted to stay in New York,” Satterfield said. “I’ve been there like my whole life, and I feel like I want to represent for my city somewhere else.”

Ohio State head coach Kevin McGuff knew that the New York guard was not looking at location as an area of interest, and saw an opportunity to get a player that he said would be a great fit within his program.

“She was pretty open from the beginning about just kind of trying to find the right fit, geography wasn’t much of a factor,” McGuff told BSB. “I saw her kind of early and I really liked her game.”

While in high school, Satterfield said she would not want to go to a program like the University of Connecticut, a known powerhouse in women’s basketball, instead saying she likes “the idea of going somewhere I can start it up.”

This sort of mentality, seeing the Buckeyes freshmen group fill out as she waited in making her decision, and finding incoming Ohio State players she can gel with all played factors in getting Satterfield to Columbus.

But that mindset she has on building from the ground up is not a new thing.

“I’ve been like that since I was young,” she said. “Like when I was little if people asked me, I would just be like ‘Oh I want to go to Notre Dame,’ because I don’t want to go to UConn because that’s where everybody goes.”

Satterfield’s desire to be a factor in growing a team into a championship contender paid off in high school and is the type of mentality that brought her to Ohio State in the first place.

But if you were to ask seven-year old Kaelynn Satterfield if over a decade later, she would be following in her dad’s footsteps, traveling from New York to an Ohio school in order to pursue their dreams in basketball, she likely would have called you crazy.

For the full story on Satterfield, as well as all of the seven incoming freshmen for Ohio State, subscribe to the print edition of Buckeye Sports Bulletin. For four free issues of the weekly print edition, no card required, sign up at the link here: http://www.buckeyesports.com/subscribe-4issue-trial/