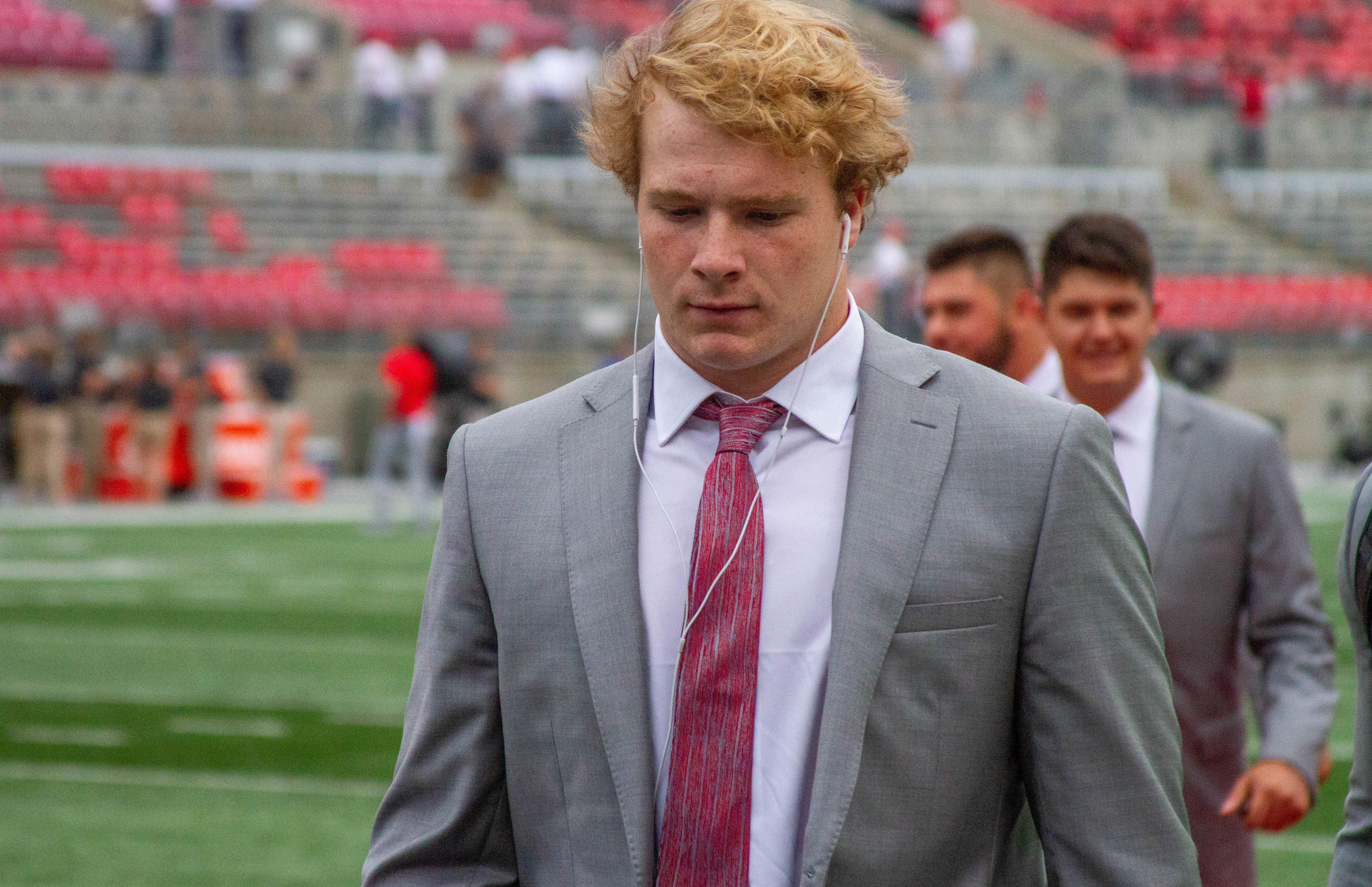 The 6-3 225-pound Eichenberg was a four-star prospect from Cleveland St. Ignatius. He missed most of preseason camp with an undisclosed injury, but saw his first action on the final play of Ohio State’s 76-5 win over Miami (Ohio) on Sept. 21.

“I want to thank everybody for welcoming me in,” Eichenberg said. “I want to thank the linebacker room, the strength staff, all the trainers — especially (head physical therapist and assistant athletic trainer Adam Stewart). I couldn’t have done it without them.”

The 6-3, 205-pound Andrade, meanwhile, picked a preferred walk-on opportunity at Ohio State over scholarship offers from South Alabama, Fordham and Morehead State and a preferred walk-on offer from Florida. He’s yet to see any playing time for the Buckeyes, but recently drew praise from quarterbacks coach and passing game coordinator Mike Yurcich for his effort on scout team this fall.

A full list of newcomers who have shed their black stripes is below: