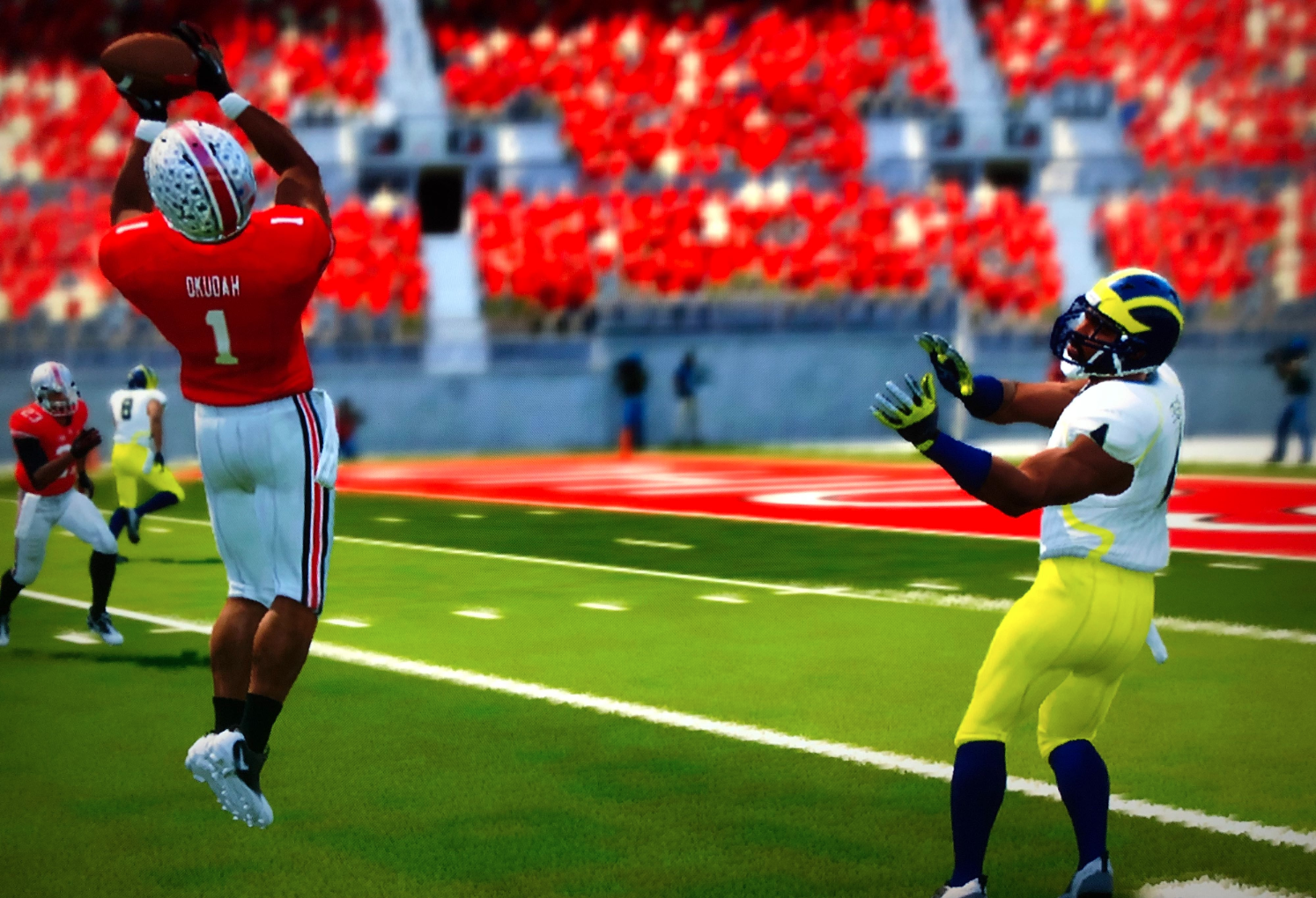 This BSB video game football tournament is down to just eight teams, and after some strong Cinderella runs, all of the matchups are between top-three seeds.

The strongest teams have risen to the top, and it should create some intense matches to get into the Final Four.

We have the greatest rivalry in the sport with Ohio State-Michigan, a powerhouse SEC matchup in LSU-Georgia, Jalen Hurts battling his old team in Alabama-Oklahoma, and Trevor Lawrence’s Clemson Tigers taking on the pesky Florida Gators.

A Michigan touchdown with 1:34 to play forced Ohio State to at least kneel out the clock, but the day was owned by the top-seeded Buckeyes, who will be advancing to the final four to take on LSU.

The Buckeyes struck first, handing off to wideout K.J. Hill on a jet sweep and watching him torch the Michigan defense for 78 yards and a touchdown, on a play that was eerily reminiscent of Parris Campbell’s touchdown against the Wolverines in 2018.

Michigan responded with a 2-yard touchdown pass and another score late in the half, but two Justin Fields scores (one on a pass to Garrett Wilson, the second on a 27-yard scamper), along with a Blake Haubeil field goal gave Ohio State a 24-14 halftime lead.

Michigan cut the deficit to seven points, opening the second half with a short field goal that Ohio State quickly answered to reestablish a two-score lead.

That lead ballooned to 17 after a short J.K. Dobbins touchdown run, but two Michigan touchdowns in the final frame were enough to make the final score respectable.

Ohio State was led by Fields, who returned after missing part of the Sweet 16 matchup with a mild concussion, both in the air and on the ground. With the Wolverines selling out to avoid being passed on, Fields threw for just 140 yards and a touchdown on 23-of-33 passing. However, UM couldn’t keep track of him on the ground, as he ran for a team-high 171 yards on 22 carries. Dobbins ran 15 times for 77 yards.

Defensively for the Buckeyes, cornerback Jeff Okudah was the star, racking up 11 tackles, two for a loss, and snagging an interception that cut a dangerous looking Michigan drive short.

For the Wolverines, quarterback Shea Patterson had a tough go of it. He completed 19 of his 33 attempts for 250 yards and two scores, but he was intercepted three times, and injured in the third quarter. His backup, Dylan McCaffrey, filled in admirably (15 of 21 for 152 yards, two touchdowns and an interception), but it wasn’t enough to pull off the upset.

On the day, Michigan actually outgained Ohio State, 504 to 478, but five turnovers was enough to doom the Maize and Blue. 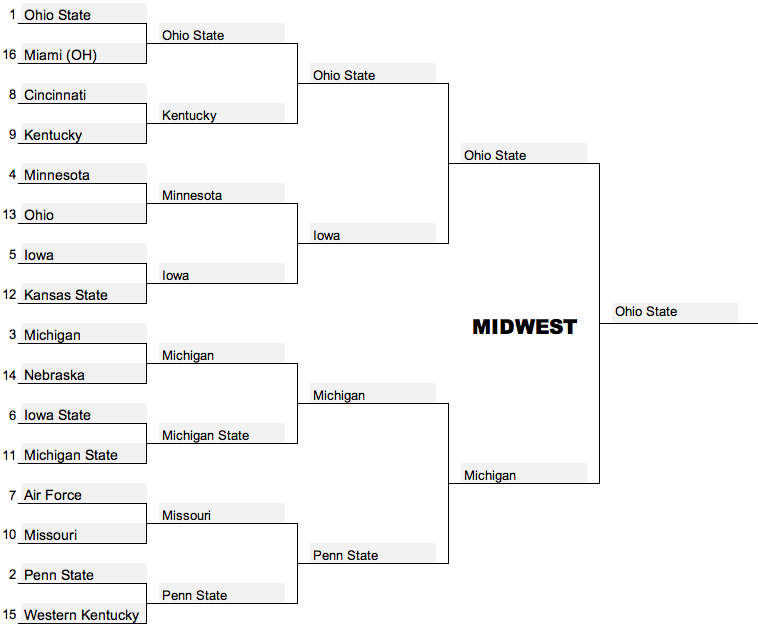 The Tigers are going to the Final Four without a single close game under their belt, but Georgia did have chances to make this one a game.

Every time that chance arose, though, Georgia quarterback Jake Fromm shot himself in the foot. Down 7-3 with under two minutes to go in the first half, Georgia drove the length of the field and got in the red zone before Fromm threw a ghastly interception with no receivers really in the vicinity. Then, down 14-3 the Bulldogs were again on LSU’s side of the field when Fromm got picked off once more.

Then finally, down 24-3 with little hope left, Georgia had first and goal at the 1 before Fromm threw three straight incompletions and got sacked on fourth down. He finished with 305 passing yards and three interceptions.

Joe Burrow finally decided he had to try in this game, starting out by completing his first nine passes for 149 yards and a touchdown. He ended the game 29 of 39 with 361 yards and three scores, while also leading LSU with 52 rushing yards on 14 carries.

Heading into the Final Four, Burrow has completed 96 of 133 passes (72.2 percent) for 1,150 yards, seven touchdowns and one interception through four games. The former Ohio State quarterback will take on his old team for a chance to go to the finals. 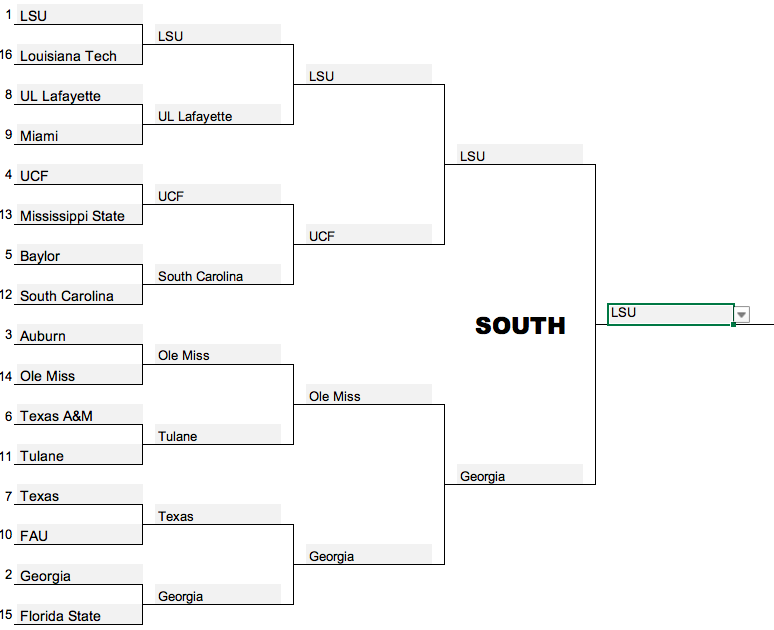 Two yards. That was the difference between a potential game-tying drive for Oklahoma with just over two minutes to play, and, essentially the end of the game. Sooners quarterback Jalen Hurts came up two yards short of a fourth-down run near the Alabama 50-yard line, handing the ball back to the Tide.

Alabama converted two first downs to ice the game, and punched its ticket to the Final Four.

It’s hard to fault Hurts too much, as for the fourth straight game, he did everything he could have for his team. He went 34-of-46 passing for 365 yards and two touchdowns, though he did toss two big interceptions, while also punching it in on the ground twice. Without much of a rushing attack or defense, Hurts had to do this on his own, and nearly pulled it off.

Instead, it was Alabama that came out on top, thanks partially to an outstanding game from freshman defensive end Justin Ebiogbe, who had six tackles, five for a loss, and four sacks. 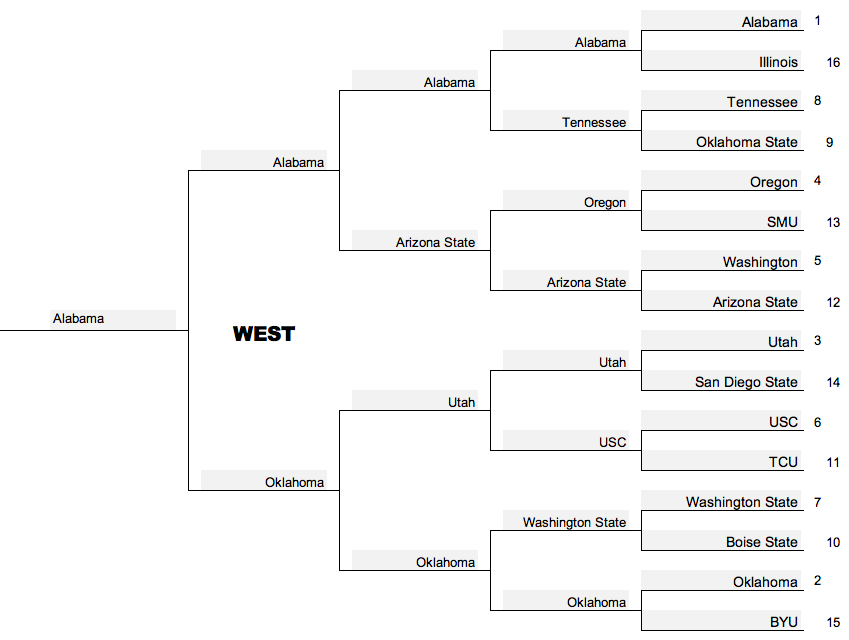 Down go the Tigers! In the final battle for a Final Four spot, Clemson will miss out on the chance to join its fellow one-seeds, as it was the Gators pulling through after a late touchdown and impressive defensive stand.

This one started intense, and never dropped for a second. Florida opened the scoring in the second quarter after a scoreless first with a field goal, Clemson responded with a 27-yard touchdown pass to Armani Rodgers, and Florida finished the half with another field goal.

Clemson struck first in the second half, this time to Diondre Overton from 24 yards out. A three-and-out had Florida in serious trouble, but cornerback Trey Dean jumped a Trevor Lawrence pass and took it 50 yards in the other direction for a score. A two-point conversion tied the game with 4:35 to play in the third.

This time, it was Clemson’s turn to fire off some field goals. B.T. Potter nailed two to end the quarter, giving Clemson a flimsy 20-14 lead, but a lead nonetheless.

After holding all day, the Tiger defense broke in the final period. Kyle Trask masterminded an impeccable six-minute drive, capped by a 3-yard Dameon Pierce touchdown with just 2:17 to play.

Up by one, Florida entered prevent mode, and was nearly burned because of it. Travis Etienne burst through the line for 15 yards on Clemson’s first play of its next drive, followed quickly by a 10-yard completion to Overton.

A 7-yard Lyn-J Dixon run and a 19-yard completion to Overton put Clemson in range for a 46-yard field goal with 1:23 to play, but Potter hooked it just left, giving the Gators the ball with just over a minute to play.

Florida couldn’t get anything going, Clemson burned its timeouts, and the Gators were forced to punt the ball back with 1:06 to play.

From their own 48-yard line, the Tigers had nothing left. Lawrence fired three straight incompletions, and found Overton just short of the sticks on fourth-and-9, ending the game.

Florida will take on Alabama in the Final Four.

Come back tomorrow to see the results of Ohio State-LSU and Clemson-Florida. 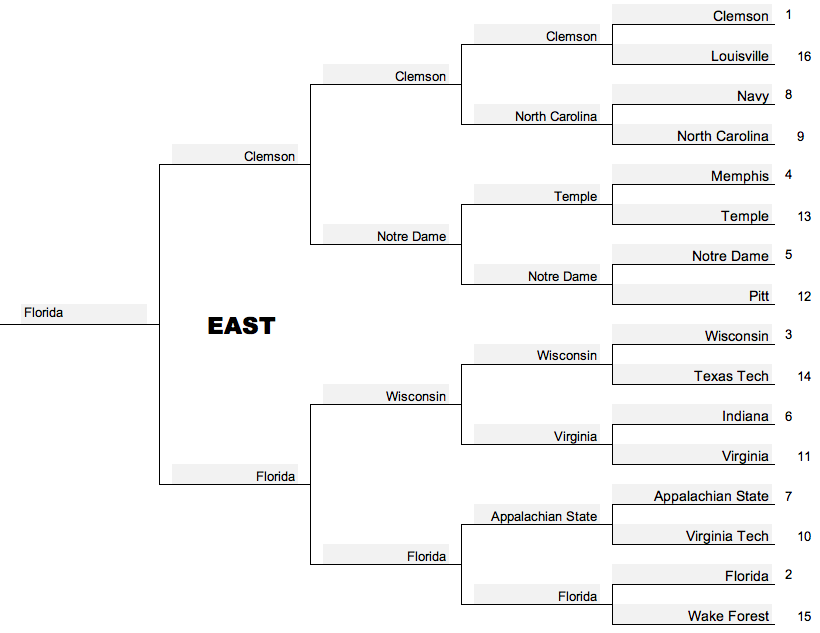 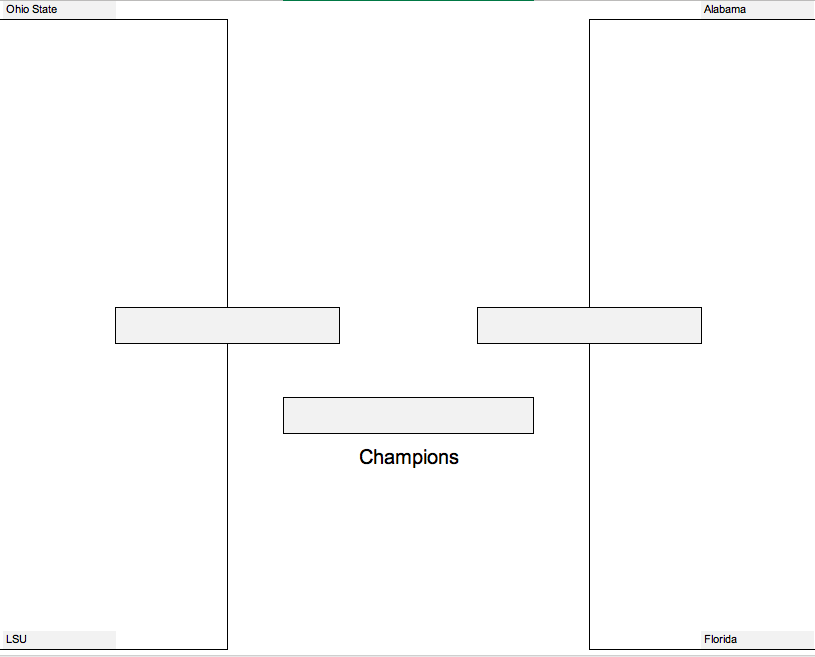