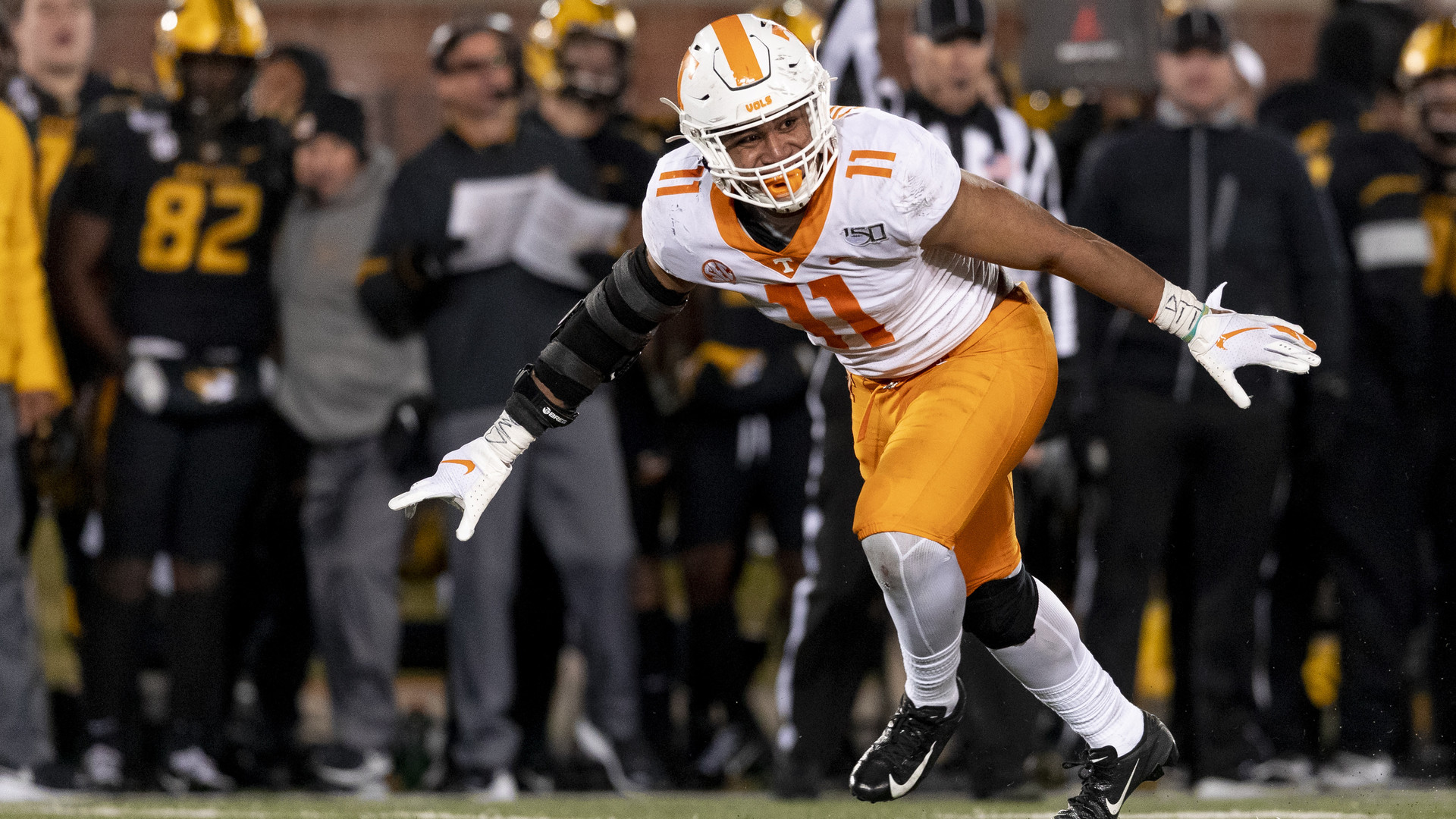 Ohio State sat on the edge of its seat for weeks, awaiting the transfer decision of Tennessee linebacker Henry To’o To’o, but when news finally broke, it wasn’t the kind that the Buckeyes wanted.

To’o To’o, after weeks of rumors that Ohio State would be his choice, spurned the Buckeyes and announced his decision to remain in the SEC and suit up for the Alabama Crimson Tide this fall.

To’o To’o shone immediately for the Vols when he arrived as a freshman in 2019. A former four-star recruit from Concord (Calif.) De La Salle, To’o To’o earned Freshman All-American plaudits both nationally and in the SEC after he racked up 72 tackles (second on the team), 5 TFL and 1/2 sacks as the starter at middle linebacker.

He flashed his versatility in 2020, moving to the weakside linebacker position and again thriving, notching a team-high 76 tackles and 10 tackles for loss, fourth most in the SEC. Primarily focusing on making plays in the running game, To’o To’o starred in tracking runners from sideline to sideline while rarely blitzing. He was named to the 2020 All-SEC Fourth Team by Phil Steele after the season.

To’o To’o is also considered a strong leader and could look to contend for captaincy right away.

“It honestly comes with integrity, it comes with consistency and being able to do the right things at all times,” To’o To’o said. “I don’t have the right to yell at somebody or tell somebody that they’re doing something wrong if I’m not doing it right. If I’m not doing it right, then I have no right to yell at somebody, so I kind of take that upon myself to try to do it right all the time, to try to put the extra work in, to try to put the extra time in, so that I can lead these guys in the right way, so I can navigate where our defense is supposed to be and how we’re supposed to play.

“There’s little things that I need to fix, but I just try to motivate our guys. We know how we can be. We know our top tier, so I just try my best to be able to get our guys going.”

He announced his intention to transfer from Tennessee shortly after the end of the season, as head coach Jeremy Pruitt’s job appeared to be in jeopardy. When he was fired and new head coach Josh Heupel was hired, Heupel extended an open invitation to To’o To’o to return, saying that he would be welcomed back with open arms. However, To’o To’o had his eyes on Alabama and Ohio State and ultimately decided to make the move to don the crimson and white, where he’s immediately eligible.