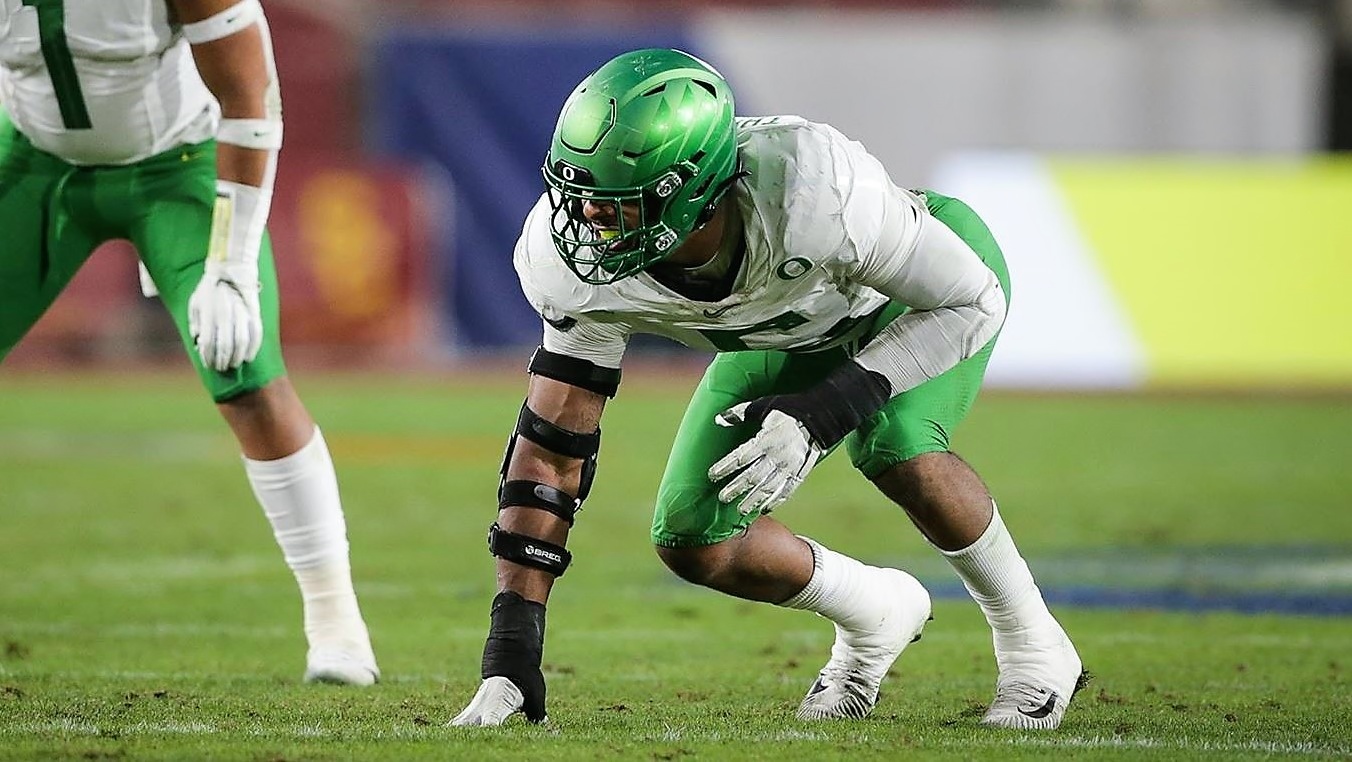 A COVID abbreviated campaign meant that Ohio State didn’t face a huge number of NFL draft picks last year during the regular season. If games against Michigan (8), Illinois (2) and Maryland (1) hadn’t been canceled, OSU’s total would have been 20. As it stands, and as Peter Burns points out, the actual number was 9.

This upcoming year will, of course, be another story entirely. According to a mock draft (subscription required) released by ESPN’s Todd McShay, Ohio State can be expected to face four picks from the first round alone during the 2021-22 regular season, including the No. 1 overall selection.

Calling him “an extraordinary pass-rusher off the edge” and pointing to his 12 sacks and 23.5 tackles for loss in 21 career games, McShay believes Thibodeaux will help rebuild the Houston Texans defense.

McShay likes the way the experienced (22 starts at left tackle) offensive lineman fits with the Ravens.

Although he missed most of 2020 with COVID-19, McShay saw enough from Karlaftis during 2019, when he had 17 tackles for loss, 7.5 sacks, 54 tackles, an interception and a forced fumble, to project he’ll go in the first round to the Vikings.

The Giants took a defensive lineman in the second round in the 2021 NFL Draft, and McShay believes they’ll grab this 6-6, 269-pound Wolverine even earlier in 2022.

If you’re wondering what the worth of a mock draft is at this point? McShays’s first 2021 mock draft featured 14 prospects who ultimately were first-rounders, and half of his predicted top-ten picks did indeed land in the top ten.