Stroud Says He’s Among ‘Best Players In The Country,’ But Still Has Chip On Shoulder In QB Battle 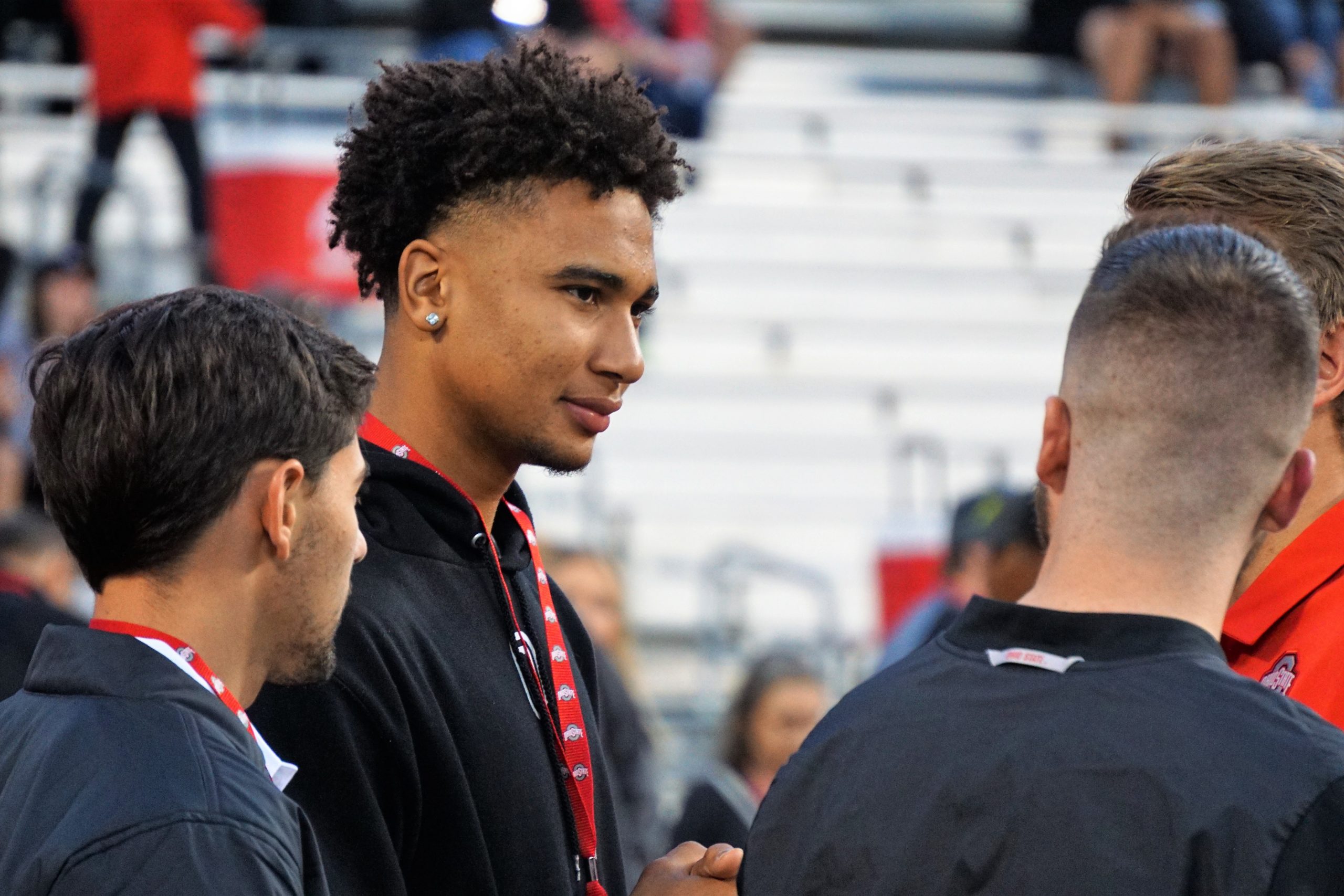 C.J. Stroud is the frontrunner to become the next starting quarterback at Ohio State, and even if he knows that, he’s not approaching fall camp as if he already has an edge in the position battle.

The redshirt freshman has long been touted to become the replacement for Justin Fields in Ryan Day’s offense, but if you ask Stroud, he’s bringing up the rear in the competition this offseason.

“I feel like I’m in last, I feel like I’m in the back,” Stroud said Tuesday at the Woody Hayes Athletic Center. “I’ve had a mindset since I was little to have a chip on my shoulder. It’s just kind of where I come from, I’m always the underdog, and I like that feeling. Even if I am the frontrunner, it really doesn’t matter to me. I just want to be able to go out there and just play the game I love.”

But just because Stroud is carrying himself like he has something to prove doesn’t mean he’s not supremely confident in his abilities.

Day and quarterbacks coach Corey Dennis have been reluctant to describe the qualities that set Stroud, Kyle McCord and Jack Miller apart from one another this offseason, but Stroud had no trouble selling himself to the media as one of the nation’s most dangerous up-and-comers this week.

“I feel like I’m very exciting to watch, I think I’m very intelligent when it comes to the knowledge of the game of knowing coverages and knowing blitzes, knowing defenses in general,” Stroud said. “I think I’ve grasped this offense and put it into my own. We’ve switched the offense around a little bit since Justin left, since he was more of a runner than we are. So I think these are all things I will do well in this offense. I feel like I can throw the ball to anybody, I can run the ball on anybody –– I feel like I’m one of the best players in the country.”

Part of that confidence has come from his work in the weight room, where Stroud said he’s packed on 20 pounds of muscle while setting personal records for bench press and squats this offseason.

Stroud, who was listed by 247Sports as 194 pounds coming out of high school in Rancho Cucamonga, California, now says he’s closer to 220 as he approaches what many assume to be his first collegiate start against Minnesota on Sept. 2.

“I think my body has definitely come up to par. I think I’m able to take bigger hits and take on bigger guys because I’m around 218 now, probably play around 220,” Stroud said. “So I think that was the biggest focus for me as far as being able to play week one against Minnesota. So I think I did that. My body’s ready, but football-wise, you have to get back in the groove of playing football still, so I think fall camp will help me do that.”

Stroud didn’t necessarily blow his competition out of the water in April’s spring game, but his rock-solid performance did nothing to dissuade spectators from the notion that he will be the starter come fall.

Stroud said that after spring camp concluded, coaches were in agreement that his footwork, timing and grasp of the offense were on track, but that he could still be more vocal and show the team why he should be its leader.

The competition with Miller and McCord has been healthy thus far, and Stroud said it’s taken him to new heights as each member of that trio attempts to attain the same goal.

“We’ve all pushed each other. I think with anything in life, you need somebody to be pushing you. And sometimes it doesn’t just need to be vocally, it needs to be physically,” Stroud said. “So I mean physically, they’re great football players, great quarterbacks, and that’s something that we all bring to the table. And I feel like that just makes me a better quarterback.”

Day said during Big Ten Media Days on July 23 that he plans to name a starter by the second week of fall camp, which begins Wednesday in Columbus. If the masses are proven right, it will be Stroud’s name that he utters.

No matter what the result though, don’t expect Stroud to lose the chip on his shoulder any time soon.

“Even if things go the way I think they will for me this year, I’ll still have that chip on my shoulder just because I know where I come from, I know everything I’ve been through,” Stroud said. “So I definitely will still keep that mindset and chip on my shoulder –– but not a negative chip, just a chip of, ‘I want it more than anybody else.’”