Ohio State Will Enter Fall Camp Without A Starting Quarterback 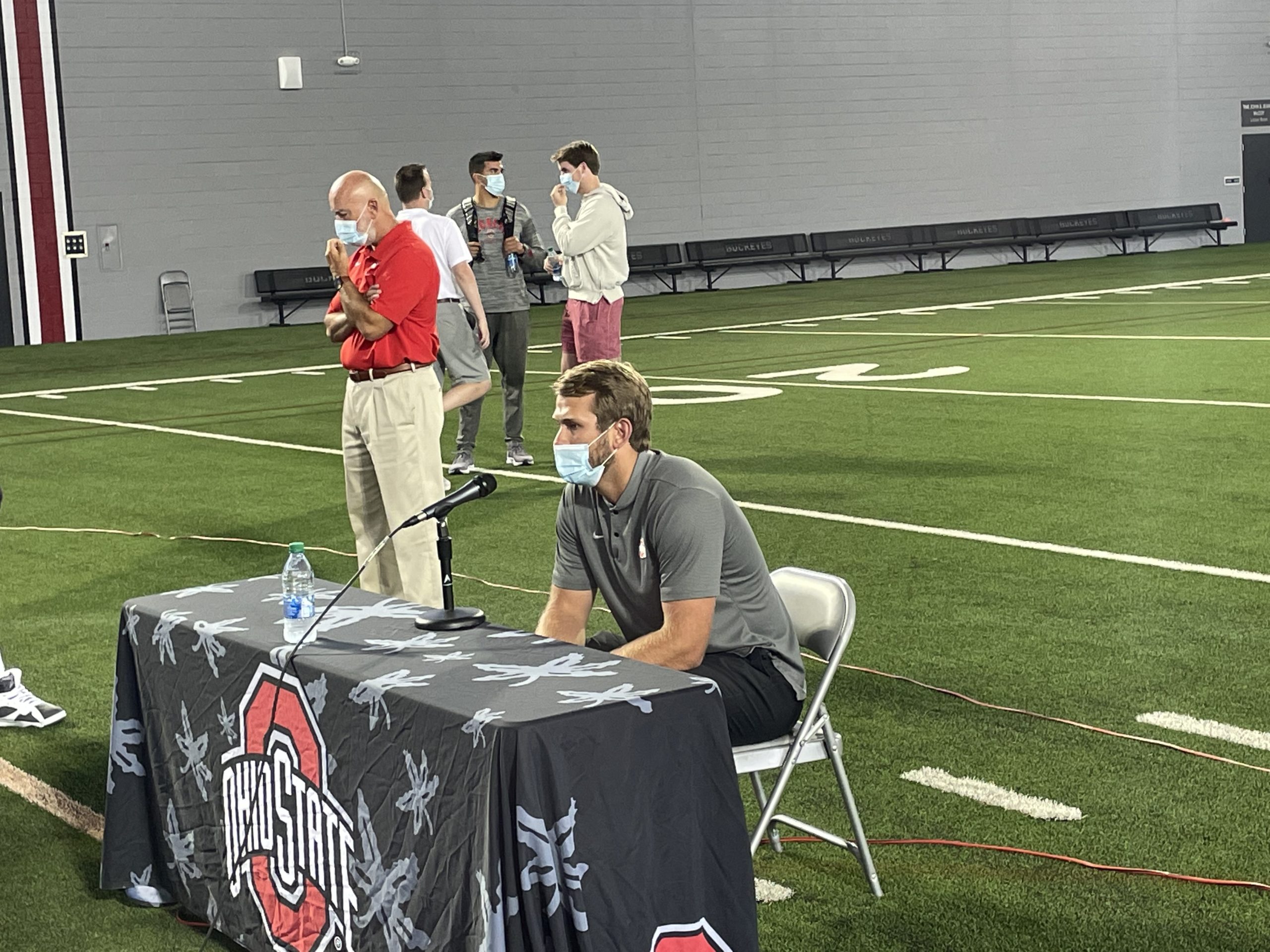 Who will start at quarterback?

The third-year head coach spoke with the media on Tuesday but did not offer a definitive answer to the team’s most significant uncertainty.

“When you think about it right now, it’s a long way to January,” Day said. “That’s the focus right now is for these guys to realize that in order for us to win championships and to get to where we want to get to, the quarterback room has to be strong, and they have to pull for each other. That’s just the way it’s going to go.”

An already crowded quarterback room will add another player when Quinn Ewers arrives in Columbus this fall. The five-star recruit reclassified to the class of 2021 and will join the Ohio State roster in the coming weeks.

Although the coaching staff hasn’t decided who will start for the Buckeyes, Day reiterated that the quarterbacks must possess strength regardless of who wins the competition.

“We’re gonna need all of them. We’re gonna need that entire room to be strong,” Day said. “Last time they won a national championship around here, it took several guys to do it, and I know that’s probably gonna be the case this year.”

Quarterbacks coach Corey Dennis said the coaching staff is monitoring each player and their opportunity. He feels Ohio State has a history of talented players competing for the starting job and feels comfortable allowing the quarterbacks to challenge each other.

“Every single rep is scripted,” Dennis said. “We know who is taking what plays, and guys are going to have their opportunity to make plays. It’s nothing new to Ohio State — the competition — I was here with Joe Burrow and Dwayne Haskins, so it’s not like it’s something new. We’ve seen great quarterback battles between great quarterbacks at Ohio State.”

Haskins won the quarterback battle in 2018. He set school records and conference records for passing yards, total yards and passing touchdowns. Haskins led the Buckeyes to a 13-1 record with a victory over Washington in the Rose Bowl and became a first-round draft pick of the Washington Football Team.

Burrow transferred to LSU to eventually become a national champion. His statistical achievement in his final season earned him a Heisman Trophy award. The Cincinnati Bengals selected Burrow No. 1 overall in the 2020 NFL Draft and hope he can be the future franchise quarterback.

Dennis said the coaching staff isn’t looking for the next Haskins or Burrow, but for a player that “can control the room” and lead the Ohio State offense.

Day indicated at Big Ten Media Days in July that Stroud, McCord and Miller will receive reps with the first-team offense and that the coaching staff hopes to choose a starter within the first two weeks of camp,