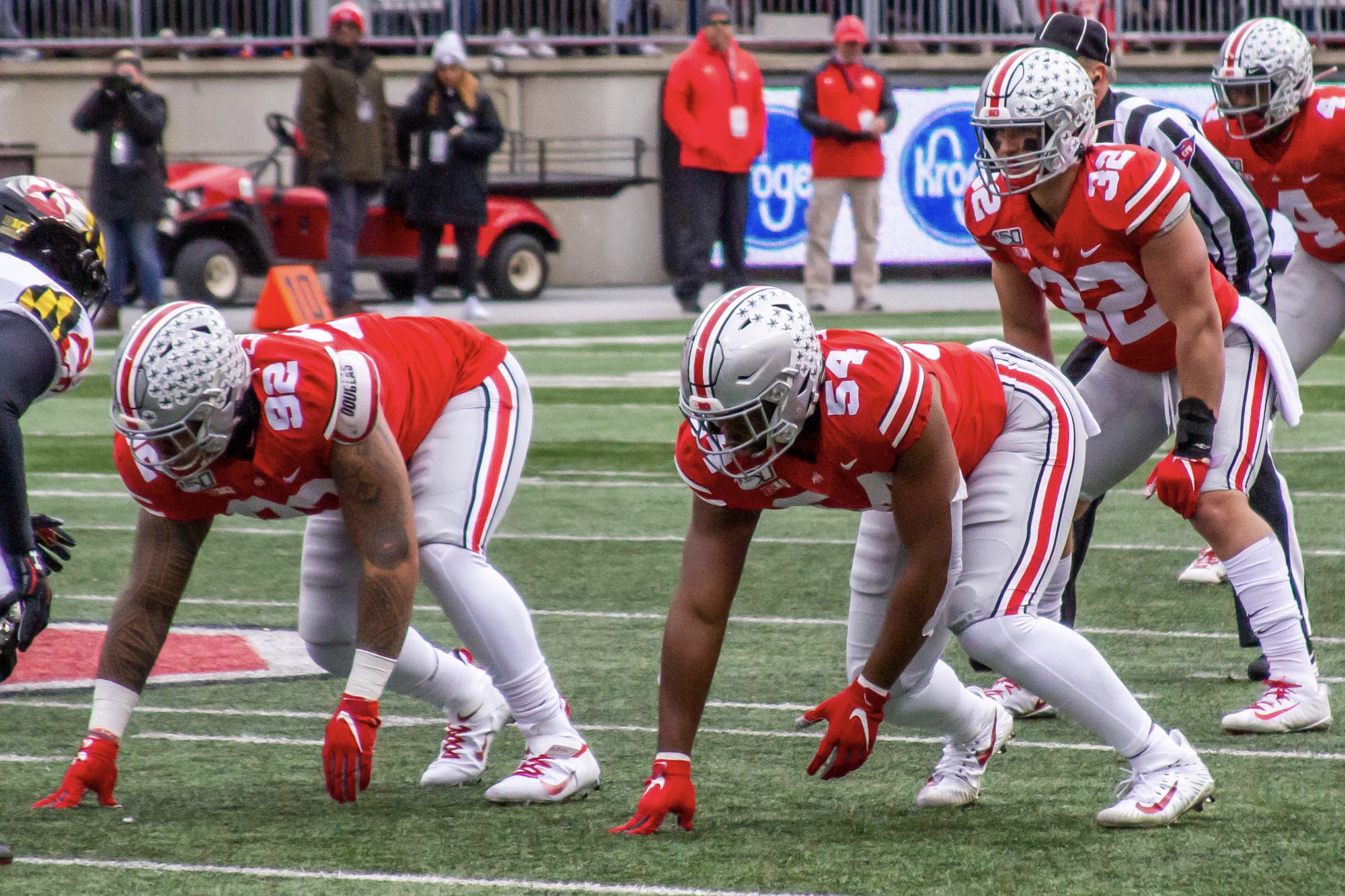 Ohio State entered its first fall camp on Aug. 4 with one of the deepest and most talented defensive lines in the country. The Buckeyes have experience up the middle in seniors Haskell Garrett, Jerron Cage, Antwuan Jackson and junior Taron Vincent and a hungry end group, bolstered by seniors Tyreke Smith and Javontae Jean-Baptiste, junior Zach Harrison and the five-star pairing of Jack Sawyer and J.T. Tuimoloau.

Notably missing from that group on Wednesday, though? Senior end Tyler Friday. Considered a firm staple in the top four end rotation alongside Smith, Jean-Baptiste and Harrison, Ohio State head coach Ryan Day announced shortly after practice that Friday, who wasn’t at practice on Wednesday, won’t be available for fall camp and could miss a significant portion of the season with an undisclosed injury.

Without Friday, Ohio State finds itself in a familiar place up front, looking for young replacements to step into more prominent roles. Sawyer and Tuimoloau looked like the third group on those ends at practice on Wednesday alongside players like Jacolbe Cowan and walk-on Aaron Cox, but the expectations in Columbus are certainly high, and they may be even higher now with an open spot in the rotation.

“For a lot of those guys (this is crucial),” Day explained. “There are a few other guys in that same boat (as the freshmen) but they’re going to have to get onto the field a little bit sooner than maybe we thought before. It’s really up to that whole defensive end room now because they lost a guy.”

Although the new faces will be asked to step up, top end production is just as important as depth in replacing a lost contributor, and there seem to be two names in Columbus that are truly drawing those expectations right now: Harrison – who Day grouped in with a list of experienced players – and Smith, who was mentioned specifically as potentially in for a big year, so long as he can avoid that same injury bug that bit his teammate.

“I see somebody who has a lot of ability, he’s an excellent pass rusher and certainly very talented,” Day said of Smith. “I think the big thing with him is taking care of his body and making sure that he’s healthy. He’s been nagged by some injuries along the way and I think that this offseason has put him in a position to get through with a healthy season.

“When he’s on the field, good things happen. We’ll see, but hopefully another full season under his belt, another year of preparing under Mickey Marotti, (that will help). That’s what it is. I think there was a point in the Clemson game where I thought his play was off the charts. Run to the ball, giving great effort, he goes really really hard. If we can just keep the consistency there he can have a really good year.”