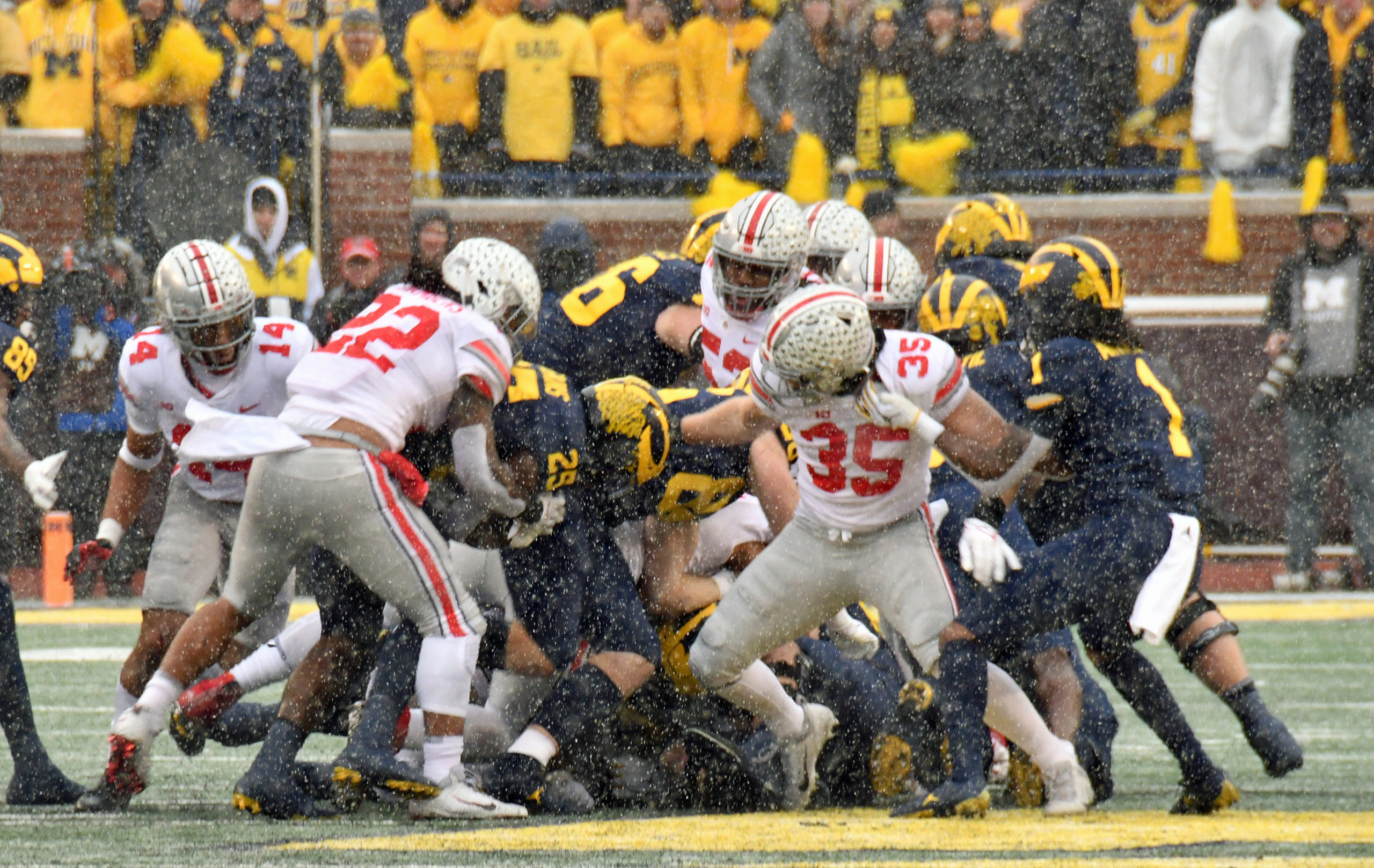 As returning contributors to the Ohio State linebacking corps, Tommy Eichenberg and Steele Chambers have quickly risen to the top of the unit’s hierarchy in fall camp.

Both Eichenberg and Chambers saw action in all 13 games last season and spent plenty of time sharing the field with one another. With that experience together, defensive coordinator and linebackers coach Jim Knowles identified the pair as “solidifying things at linebacker” on Tuesday.

“Tommy is the quiet leader of the defense. He studies and he shows up like he knows what to do. He rarely makes mistakes,” Knowles said. “Steele, I think, just has a confidence that is a little bit more than the other guys. He has that confidence because he’s played. You can see that he’s kind of battle-tested.”

Eichenberg led the linebackers in tackles and tackles-for-loss last season, collecting 64 and 6.5 respectively.

Although Eichenberg was a consistent presence in the second level of the Buckeyes’ defense in 2021, he did not truly breakout until Ohio State’s 48-45 win over Utah in the Rose Bowl. He garnered Rose Bowl Defensive MVP honors behind a 17-tackle performance in the Buckeyes’ comeback victory.

With attention to his dramatic surge in production in the Rose Bowl, Eichenberg said his confidence continued to grow throughout last season — allowing him to feel more comfortable within the defense by season’s end.

“I just trusted myself and played with more confidence,” Eichenberg said. “That was a big thing for me.”

As Eichenberg transitions into his second season as a primary contributor for the unit, the confidence and experience he gained last year has carried over into his preparation for the upcoming campaign.

While Eichenberg joined the program as a linebacker in 2019, Chambers followed a different path to get to this point. Initially arriving in Columbus as a running back in 2019, Chambers flipped over to the defensive side of the ball during fall camp last year.

Although he only had fall camp to work fully at linebacker, Chambers played a key role for the Buckeyes’ defense last season. He racked up 47 total tackles and five tackles-for-loss in 2021, while playing the second-most snaps among the linebackers with 423.

With the late switch to linebacker last fall, Chambers worked through his first full offseason as a defensive player this year. As he had more time to refine his craft as a linebacker during the spring and summer, he said he sees the position “a little differently” now than he did at this point last season.

“It’s been 365 days, I’d say I’m considered a linebacker now,” Chambers said. “I definitely feel more free. It was a little bit of a setback with the whole coaching change and the different defense, but I still feel pretty great.”

Although the implementation of Knowles’ scheme may have hindered Chambers’ first full offseason at linebacker, he said he feels the new defense allows him to play more free and aggressive.

“We played on our heels last year, plain and simple,” Chambers said. “Now, we’re just working on being more downhill, being more aggressive. As coach Knowles says, ‘It’s pulling our trigger.’ So we just have to be more aggressive in general.”

While Knowles acknowledged that Eichenberg and Chambers have separated themselves at the position, Eichenberg said the duo put in the work during the offseason to get to that point.

As Eichenberg and Chambers have risen to the top of the linebacking corps’ depth chart, Chambers said the duo still has areas where they need to improve ahead of the Buckeyes’ season-opener against Notre Dame on Sept. 3.

“It feels good, but there’s still plenty of stuff to work on,” Chambers said. “There’s a lot of stuff that both of us can improve on, but we’re just working on getting better every single day.”