‘I Wish He Would Have Said Top Five’: Jim Knowles Increases Lofty Expectations Placed On Defense 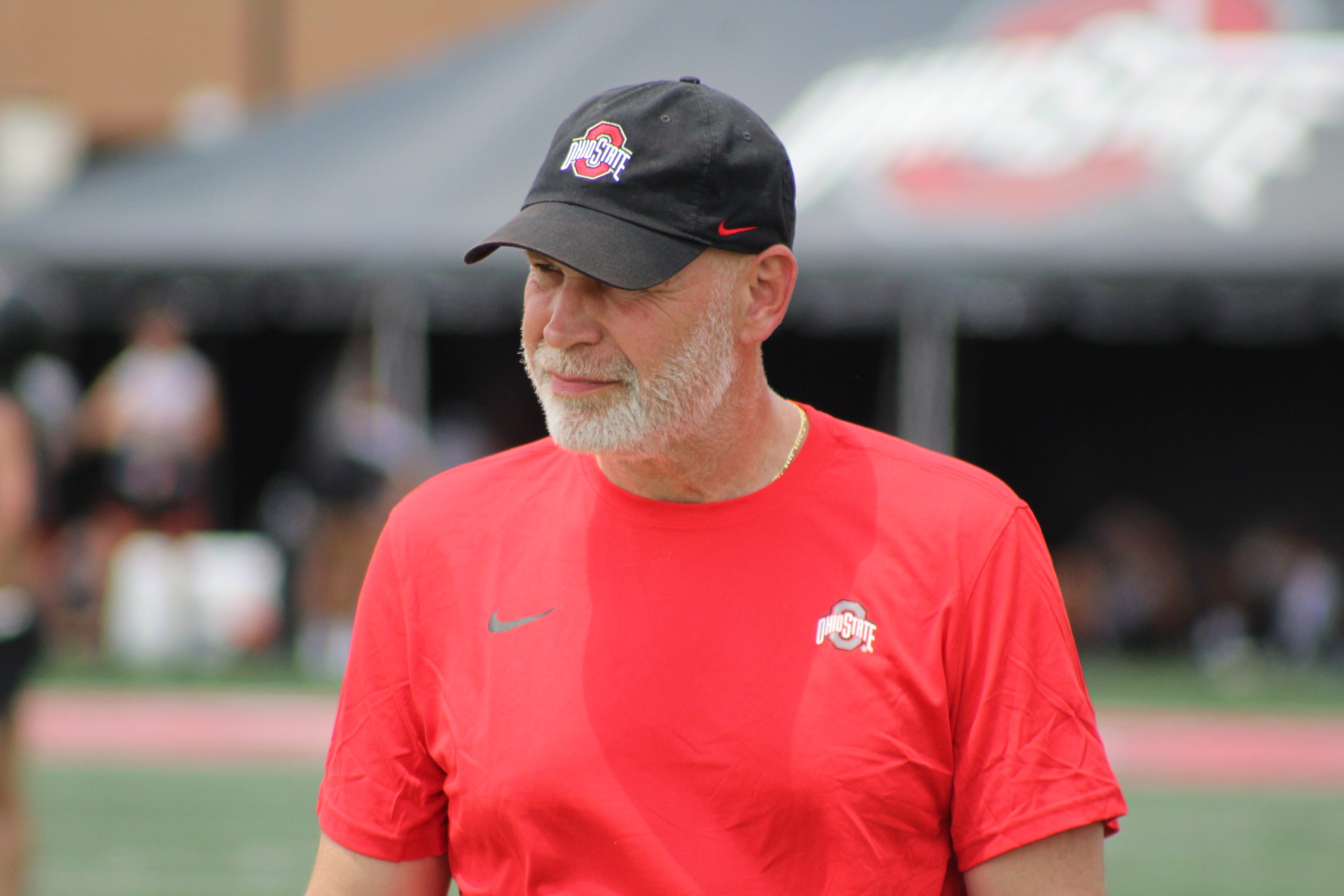 For a Buckeyes’ defense coming off a 2021 season in which they ranked 59th in total yards per game and 38th in points allowed per game, they would need a jump in play from every positional unit in order to achieve Day’s goal of a top-ten defense. But defensive coordinator Jim Knowles, who is in just his eighth month with the program, does not think Day went far enough in his aspirations for the Ohio State defense.

“I wish he would have said top five. That’s what we expect,” Knowles said. “We talk about having a Silver Bullet defense, to mirror the traditions that have been around here, I tell the guys that means ranking in the top five. That’s what we’re pressing for. Nothing really goes through my mind other than it’s great to be at Ohio State because the expectations are high and that’s what I always wanted.”

Since Knowles officially joined Day’s coaching staff in January, the Ohio State defense has undergone a scheme overhaul — installing Knowles’ 4-2-5 defense during the spring and into fall camp.

As Knowles processes through his first fall camp with the Buckeyes, tasked with finishing the installation of his defense prior to the season-opener against Notre Dame on Sept. 3, he said this is one of the most important stretches of the year but also one of his favorite.

“It’s great. It’s just my life. It’s passion, it’s constant. It’s not sleeping or when you do sleep, you’re running through schemes and installations in your head. It’s running from practice to watch the film, to get it broken down, to get the teaching points to the guys to putting together the presentation. It’s non-stop,” Knowles said. “There’s never a boring moment.”

Although plenty of attention has been placed on the schematic changes that Knowles has brought to Columbus, he has placed an emphasis on the importance of fundamentals and form tackling since he joined the program. In the spring, Day pointed to Knowles’ teaching ability as one of his strengths, citing his communication skills and hands-on nature as reasons he excels in that area.

While Knowles continues to teach and implement his defensive scheme, he is also taking time to train his players in key concepts such as toughness and consistency.

“Now with the pads on, we’re starting to add in the toughness factor,” Knowles said. “That’s critical because no matter what we do scheme-wise, we’re going to have to line up and win one-on-one.”

While the Buckeyes are just 24 days away from kicking off their season against the Irish, Knowles said he’s been pleased with the defense’s growth since he arrived on campus. But, he said he’s still looking to improve further prior to the start of the regular season.

“With developing our defense, I don’t want to feel good right now. I see a lot of promising things but it’s my job at this time to really keep the pressure on — keep the pedal to the metal,” Knowles said. “I don’t want to feel good. The players should feel good, I point things out to them that we’re doing well. We talk about getting better everyday. I point things out that we have to get better at. It’s constant growth.”