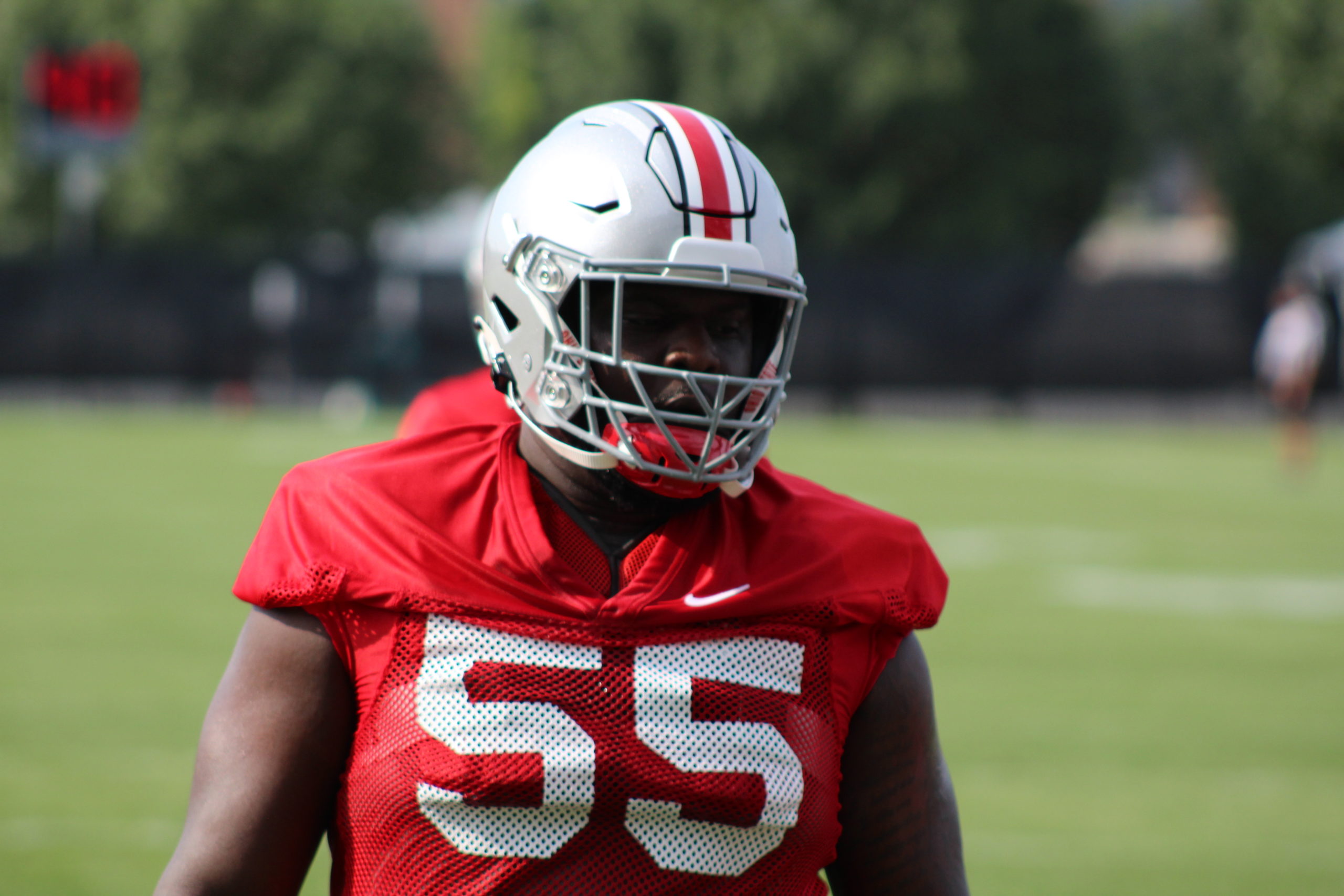 Sophomore Donovan Jackson and graduate Matthew Jones have taken very different paths at Ohio State, but the end result is that they are both expected to be among the Buckeyes’ five starting offensive linemen this season.

Jackson arrived on campus last year and immediately made a name for himself, breaking into the two deep at guard behind Paris Johnson Jr. and appearing in 10 games on the offensive line in addition to his work on special teams. With Thayer Munford and Nicholas Petit-Frere off to the NFL and two starting jobs open on the line, Jackson was viewed as a clear favorite to take one of those spots, and left guard is where Ohio State has settled on for Jackson.

“Since I’m taking more reps with the starters, I’m expected to play like a starting offensive lineman at Ohio State,” he said, “and that carries a lot of weight.”

Jackson quickly rose through the ranks, but he is still looking to improve as he steps into his first starting role for Ohio State.

“We’ve had a lot of guys come through here (that have) done successful things,” he said. “Being able to hold up the standard and being able to improve the standard is what coach (Ryan) Day and coach (Justin) Frye wants — from not only me but the offensive line as a whole.”

While Jackson saw a quick ascension to a starting job, it was a longer path for Jones, who is entering his fifth season at Ohio State. He redshirted in 2018 and appeared in eight games in 2019 before earning his first shot as a starter in 2020, starting in three games for the Buckeyes – including Ohio State’s pair of playoff games that season.

He was relegated back to a depth role last season, though he did get to start against Akron and Nebraska and put on a solid showing in what would be his final auditions for a starting role this season.

“I’m proud of myself for not giving up and continuing to push myself through the ups and downs,” Jones said. “I’m just happy to be where I’m at now. And I’m just going to keep pushing myself and grinding. You just have to trust the process. There are always going to be obstacles thrown at you.”

Jones will start at right guard, with Dawand Jones to his right and Luke Wypler at center. Johnson will move to left tackle, and with Jackson at left guard, expectations will be high for this unit.

“It’s going to be great,” Jones said. “I’m more of a person who just locks in and focuses on everything I have to do, but I just can’t wait because it’s going to feel great.”