State Of Ohio Has Mixed Record on NFL Quarterbacks 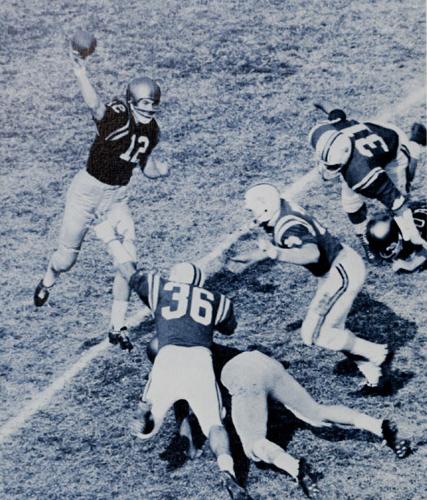 The good news is that, according to ESPN, the state of Ohio has produced 34 quarterbacks who made their debut in the NFL since 1966, based on where athletes spent their final year of high school. Combined those signal callers have totaled 1,437 games, seven Super Bowl starts, four Super Bowl wins, and a Hall of Famer in Roger Staubach.

The bad news? According to ESPN’s analysis, Ohio is the second-most disappointing state when it comes to quarterback play, based on the expected number of NFL quarterbacks it has produced given the state’s population and number of Division I programs, combined with a statistical analysis of the quarterbacks who did make it to the NFL level. Texas had worse numbers, but that’s it.

Further, Ohio’s 34 NFL quarterbacks only combined to start in 57.6 percent of games, the lowest percentage of any state outside Arizona.

Of the 34, six of Ohio’s NFL quarterbacks attended Ohio State: Joe Burrow, Bobby Hoying, Cardale Jones, Art Schlichter, Troy Smith, and Tom Tupa. Braxton Miller, who played quarterback at Ohio State for three seasons and is from Dayton (Ohio) Wayne, is not included because he strictly played wide receiver in the NFL for the Houston Texans.

Burrow ultimately transferred to LSU after starting his collegiate career as a Buckeye, winning a national title, Heisman Trophy and becoming the No. 1 overall pick in the NFL draft after two seasons with the Tigers.

Story updated to reflect the fact that the quarterbacks included in ESPN’s numbers didn’t just play in the NFL after 1966, they made their debut after 1966.