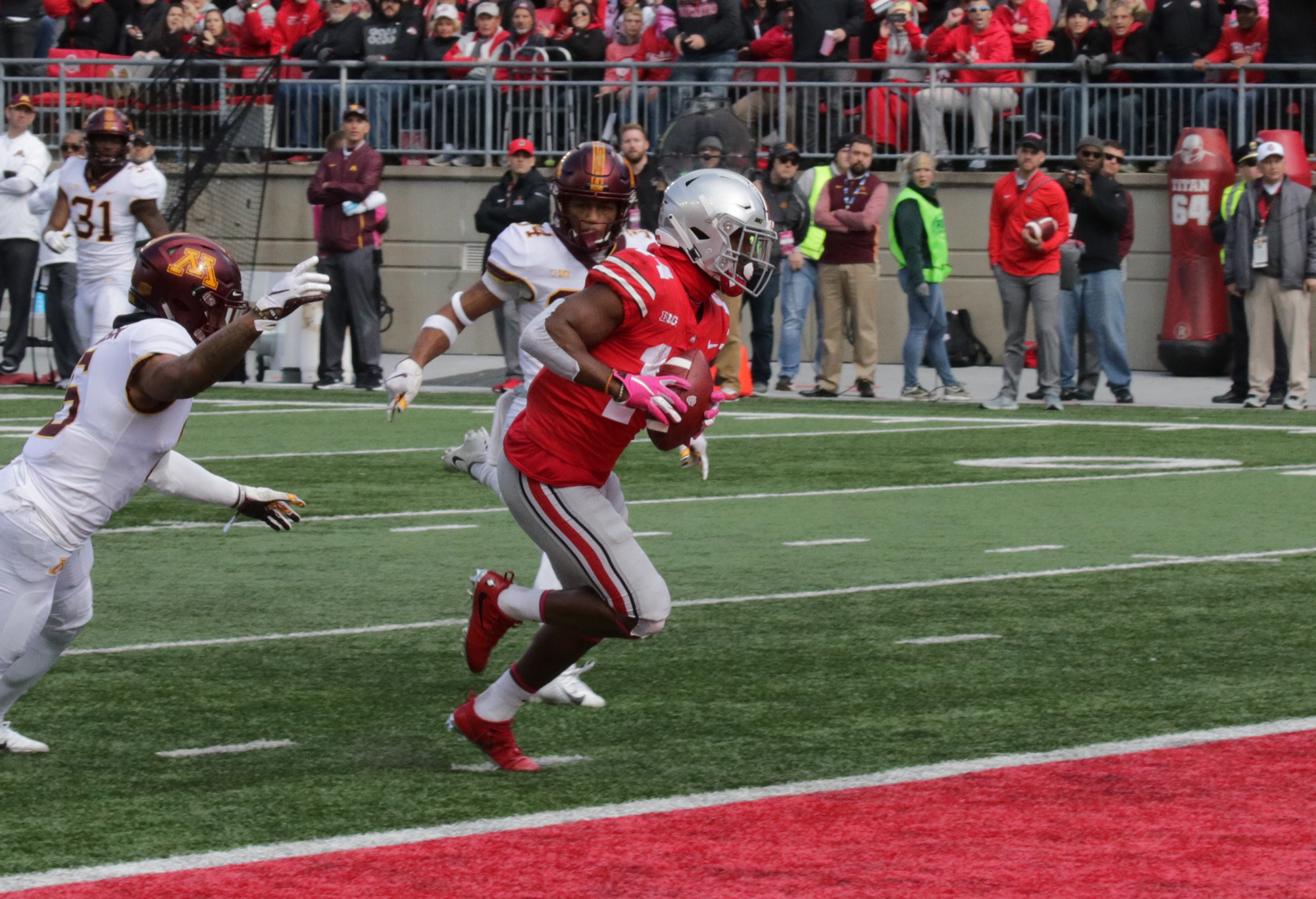 No. 2 Ohio State (7-0, 4-0 Big Ten) is set to travel to West Lafayette, Ind., for a 7:30 p.m. showdown with Purdue on Saturday at Ross-Ade Stadium. The Buckeyes will look to remain undefeated, while the Boilermakers (3-3, 2-1) aim to continue a three-game winning streak.

The Buckeye Sports Bulletin staff took a stab at predicting what will take place between Ohio State and Purdue. Here’s what they had to say:

Ohio State heads to Ross-Ade Stadium for a showdown between two of the most prolific passing attacks in the country. The Buckeyes’ No. 3 passing offense is led by Dwayne Haskins and an array of weapons, racking up 371.4 yards per game. The Boilermakers’ aerial attack is led by junior quarterback David Blough and freshman receiver Rondale Moore, ranking No. 7 with 330.8 yards per game.

Converting third-down attempts will be critical to controlling this matchup. While Ohio State is No. 12 in the nation with a 49.0 percent (48 of 98) success rate on third down, Purdue is No. 11 in third-down conversion defense, allowing its opposition to gain the first down on just 29.3 percent (24 of 82) of attempts.

The Ohio State defense has proved to be malleable, ranking No. 58 in total defense, allowing 396.6 yards per game. Despite giving up nearly 400 yards per contest, the Buckeyes have been able to bend while not breaking. Ohio State surrenders 19.1 points per game, which ranks No. 25 in the nation.

The Ohio State running game has struggled lately, but teams have been loading the box and daring Haskins to beat them. Purdue might want to take a different approach.

Almost anytime Ohio State travels to Ross-Ade Stadium, something weird or exciting happens, depending on which team you are rooting for. The last time the Buckeyes traveled to West Lafayette, Ind., they came away with a 56-0 victory.

Expect this weekend’s game to be much closer than that.

The Boilermakers are riding a three-game winning streak after dropping their first three games of the year and are improving each week. Since they have decided on David Blough as their starter, the Boilermakers are clicking on all cylinders offensively.

Defensively, neither team has impressed this season. The Buckeye secondary has been exposed for most of the season, while Purdue is young and still inexperienced. Usually when you get two high-powered offenses together, you get a low-scoring game (see Penn State). However, I think this will be a high-scoring affair, but the Buckeyes remain undefeated by the time the clock hits zero.

Purdue is going to be a popular pick to upset Ohio State this week, but I don’t see it.

Yes, I think the Boilermakers have a solid team. Yes, Ohio State has been struggling. Yes, the Buckeyes have a leaky pass defense, and Purdue has a prolific pass offense.

But for everything the Boilermakers do well, the Buckeyes do it even better. The Ohio State offense is more talented and has much more depth, and the defense – while not at its best – is better than Purdue’s across the board.

Don’t get me wrong, the Boilermakers are going to put up some points. It’s just that the Ohio State offense, led by another huge day from Dwayne Haskins, is going to put up even more. I don’t think this one will ever be in doubt, even if a late score or two makes the final look somewhat close.

The biggest thing for Ohio State this week will be to look improved. The Buckeyes need to get the run game going, and they need to get after the quarterback on a more consistent basis. If those two things happen, then a lot of Buckeye Nation will be feeling pretty good heading into the off week.

Ohio State has obvious room for improvement ahead of its road trip to Purdue, but I don’t see the trap game some are setting up the narrative to be.

Despite the areas of struggle in recent weeks, the Buckeyes should still be able to return from West Lafayette, Ind., with an unblemished mark after the prime-time matchup against the Boilermakers.

Purdue’s big-play offense is getting better by the week while Ohio State’s defense continues to have issues with injuries along the defensive line and in the secondary, but I’m not biting on the upset bid.

The Buckeyes have had their issues, but they haven’t gotten enough credit where it’s been due. After slow starts against Indiana and Minnesota in the past two weeks, Ohio State held its opponents to three points in the second half combined. That has to be worth something, especially with the takeaways it has gotten.

The bend-not-break defense has held its own after halftime, which leads me to believe more of the same might be on the way at Purdue. On the road, I expect the Boilermakers to break off a big play or two and potentially keep in the thick of things into the half. But give me the Buckeyes flipping the switch in the third quarter and pulling away for a two-score win.