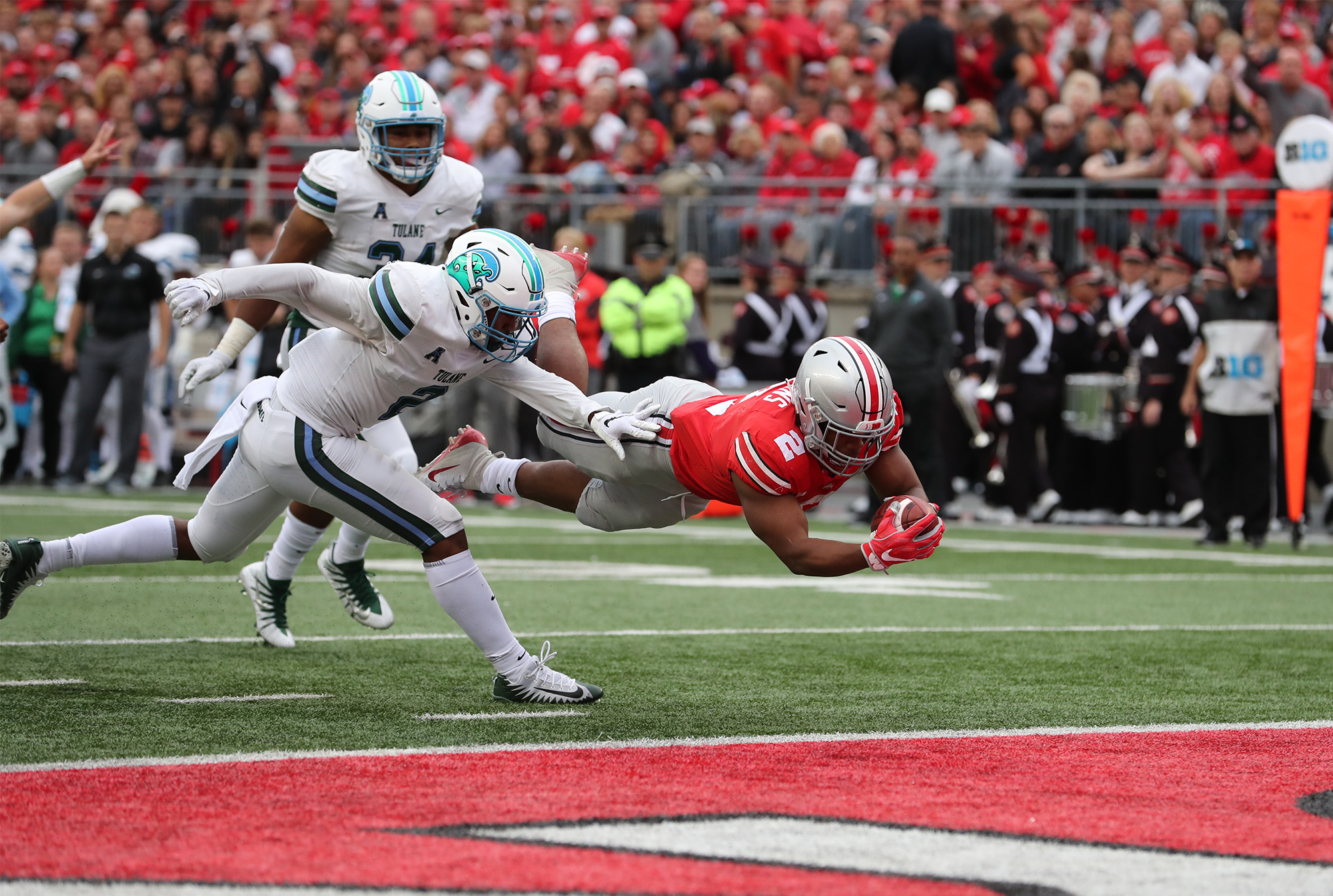 Many people have Ohio State on upset alert in their primetime showdown with Purdue on Saturday night, and perhaps for good reason.

The Buckeyes are 1-2 in their last three trips to West Lafayette, Ind. although the most recent trip resulted in a 56-0 shellacking of the Boilermakers. Previous visits in 2011 and 2009 however, resulted in upset losses.

So for the first time in five years, Ohio State returns to Ross-Ade Stadium with plenty on the line while Purdue has rattled off three-straight wins to pull back to .500 after a disastrous start to the season.

With the stage all but set, we give you five things to watch for once the ball is kicked at 7:30 p.m. on ABC.

1. How Will Ohio State’s Secondary Hold Up?

The Buckeyes have looked lost at times in the secondary this season and currently rank 59th in the country in passing yards allowed per game, surrendering 221.6 yards per game through the air. On the other side of the ball, Purdue quarterback David Blough is averaging 282.2 yards per game through the air in six games, despite limited reps in the first two games of the season.

Damon Arnette could be held out against Purdue as he continues to battle an unspecified injury, leaving more responsibility on Jeff Okudah and Kendall Sheffield on the outside. It is Shaun Wade however, that figures to be tested the most, matched up on slot receiver Rondale Moore. Moore is the Big Ten’s second leading receiver this season, averaging 93 receiving yards per contest. Through six games he has compiled 558 yards on 45 carries, tallying five touchdowns.

Blough is the perfect quarterback for Jeff Brohm’s aerial attack and the Buckeyes are expected to be tested early and often through the air. Will Ohio State make any adjustments in the back end to counter the passing attack? We might find out early in this one.

2. How Effective Will Cooper, Harrison Be On Defense?

The Buckeyes were without both linebacker Malik Harrison and defensive lineman Johnathon Cooper against Minnesota as both sat out with undisclosed injuries, although Urban Meyer did say both were in “protocol” throughout the week, hinting that both could be dealing with concussions.

Both are expected to play against Purdue, but how much will each play?

Cooper’s pass rush ability was sorely missed against Minnesota, as was Harrison’s athleticism in pass defense. Their return should help the Ohio State defense, but if they are limited in any way, Purdue could exploit the holes in the Buckeye defense, especially if they are given more time to throw.

Ohio State’s running game has regressed since the beginning of the season, but going against Purdue could be the perfect jump start for the Buckeye offense.

The Boilermakers have allowed more than 200 yards rushing on two occasions this season, giving up 259 to Nebraska on 39 carries and surrendering 233 to Missouri on 46 carries. Purdue ranks 11th in the Big Ten in total defense, and has been gashed both through the air and on the ground.

If there is a game for Ohio State to revamp its running game, this might be the time to do it.

In a game that is expected to be tight despite the disparity in the records of the two teams, the team that has the ball last is likely the team that wins the game.

Both offenses are electric and have shown the ability to put up points while both defenses have shown that they have multiple holes at multiple positions. This game could very well come down to the team that has the ball last.

Dwayne Haskins has proven that he can stay calm with the game on the line, making just enough plays against Penn State to keep Ohio State undefeated. On the other side, Blough has played in a handful of tight games this season, but has lost every one-score game Purdue has been involved with this year.

With both defenses struggling, the team that is able to win the turnover battle might just come away with a victory in this one.

Ohio State is plus-one in turnover margin this season, which ranks third in the Big Ten while Purdue is minus-0.17, which is tied for 10th in the league. If that trend is any indication, the Buckeyes should come away with a close victory on Saturday night, but if Purdue can flip the script, it might have just enough talent to pull the upset.