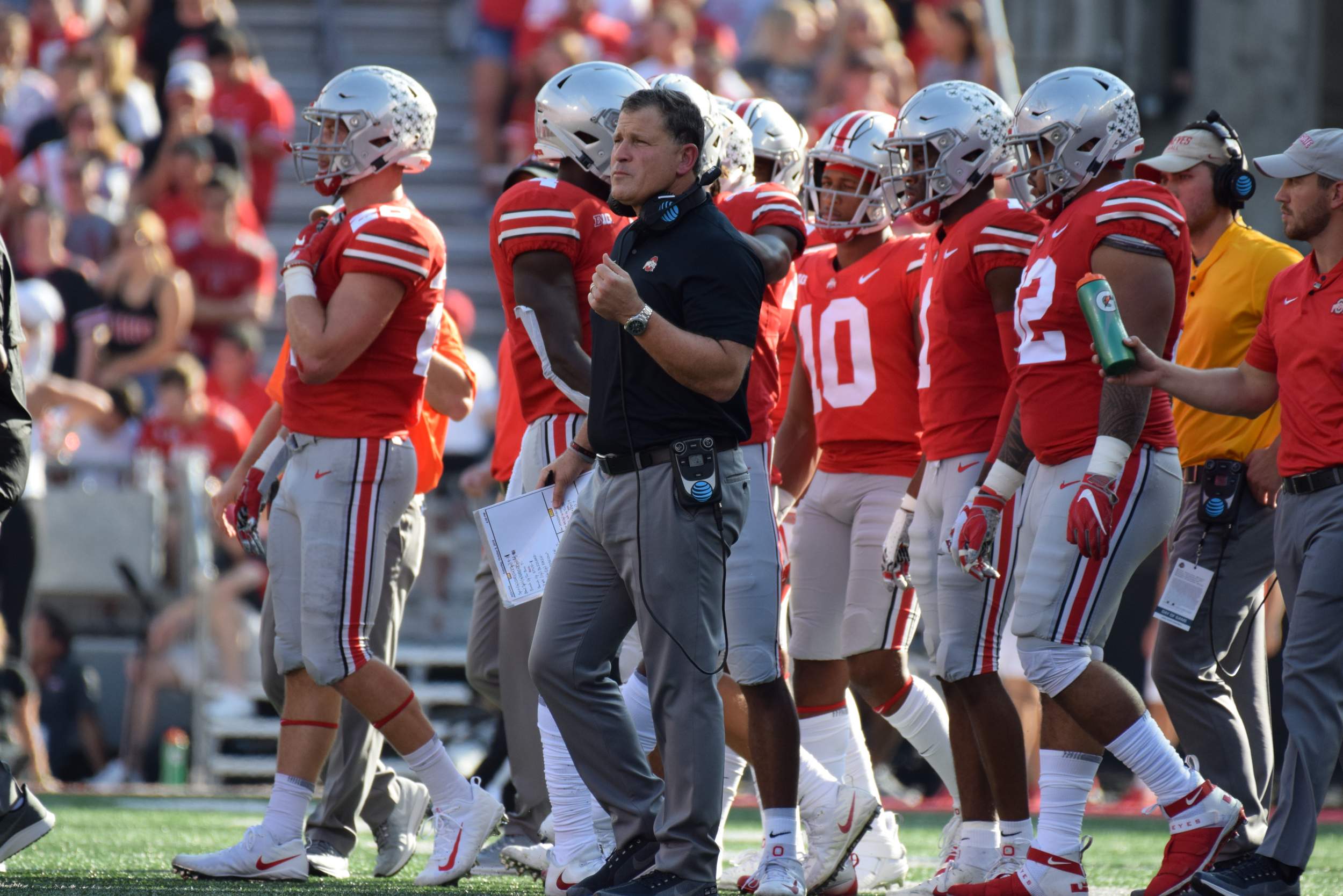 If there’s such thing as a perfect storm for a defense, it might be headed toward West Lafayette, Ind.

Ohio State is set to hit the road to face Purdue on Saturday at Ross-Ade Stadium, and the Buckeyes have struggled throughout the year on pass defense, allowing 221.6 yards per game to rank 59th in the nation. Purdue just so happens to rank seventh nationally in pass offense with 330.8 yards per game.

If the Buckeyes want to keep their perfect record intact, they might need to find a way to flip that script – and they might be doing it without starting cornerback Damon Arnette, who is questionable for the game.

“So we’re going to have to be at our very best Saturday night.”

Purdue is led by quarterback David Blough, who ranks 24th in the country with 1,695 passing yards despite playing a bit part in the first two games of the year. Blough threw for 572 yards in a week-three loss to Missouri and has tallied 296, 328 and 377 yards in his past three games, respectively, all wins.

The Boilermaker offense has also gotten a big boost from freshman wide receiver Rondale Moore, who is 28th in the nation with 558 yards and five touchdowns on 45 receptions. That yardage total actually puts him one spot ahead of Ohio State’s most prolific receiver – Parris Campbell, who has 43 receptions for 557 yards, although he has seven scores.

“He’s a good player,” Ohio State junior safety Jordan Fuller said of Moore. “His change of direction’s really good. His top-end speed is really good, too. We’ve definitely got to keep him in our sights at all times. Just trust your techniques and trust the defenses that we’re in and the coaches’ call.”

Even with a prolific quarterback in Blough and a big-play threat in Moore, the Purdue offense hasn’t always been firing on all cylinders this year. In fact, the Boilermakers scored just 19 points in a one-point loss to Eastern Michigan in week two. Since then, though, they’ve scored 37, 30, 42 and 46 points in consecutive weeks after Blough took over the starting job.

“You go out there on offense and you just score because you know you might be in a shootout playing against those guys,” Haskins said. “I’m looking forward to playing them.”