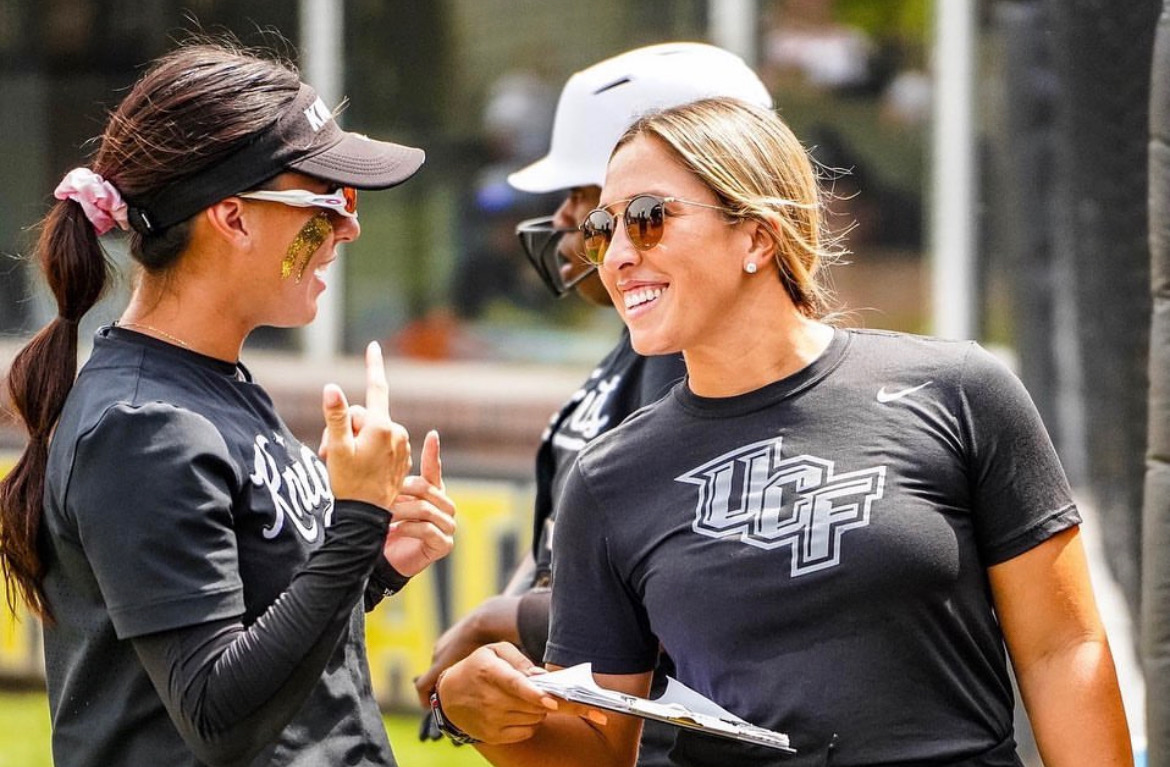 Whitney Jones reached the Women’s College World Series as an outfielder and pitcher for the Washington Huskies. As a hitting coach, she accomplished that same feat with the Central Florida Knights.

In 2023, Jones will look to keep the steak going with the Buckeyes after Ohio State head coach Kelly Kovach Schoenly announced that Jones would join her staff as an assistant.

“We are thrilled to add Whitney Jones to our staff,” Kovach Schoenly said. “She is an elite coach that brings technical knowledge, big game experience, and top-notch energy and passion. She’s coached and played at the highest levels of our sport – the Women’s College World Series at Washington, Super Regionals at UCF, and the Athletes Unlimited Pro League. Whitney’s connections across the national recruiting scene will help our efforts to attract future Buckeyes as well.”

Jones spent last softball season as a hitting coach for UCF — a program that celebrated one of the most successful years in its history in 2022. With a 49-14 record, the Knights earned the No. 16 seed in the NCAA Tournament and advanced to the school’s first-ever Super Regional. The coaching staff was named the NFCA’s Mideast Region Coaching Staff of the Year for their efforts.

Under Jones, the UCF bats came alive. The Knights hit .295 as a team and ranked in the top 50 nationally in batting average, runs scored per game, doubles and on-base percentage. Jones also worked with Jada Cody, who was one of the best hitters in college softball last season and recorded a .361 batting average with 75 RBIs and 15 home runs in 2022.

“First and foremost I would like to honor and glorify God for the gifts he’s given me that have opened doors and provided such amazing opportunities as this one to be Buckeye,” Jones said. “I would also like to thank Kelly Schoenly for the opportunity and belief in me to be the person to assist in her vision for the program moving forward. Through conversation and time spent on campus with Gene Smith, Mike Penner, and other amazing leaders within the athletic department, it became apparent immediately that the holistic approach to the care of its people at Ohio State is being done at the highest level of college athletics.”

Before coaching at UCF, Jones spent four years as a volunteer assistant at Washington, working with all aspects of the Huskies’ offense. Her primary work was with the outfielders, a group that hit above .300 in all four of her seasons in Seattle. During that time, the outfielders also collected four All-Region honors and five All-Pac 12 awards.

Jones also played four years of collegiate softball at Washington. She was a two-time Academic All-Pac 12 honoree and earned Honorable Mention All-Pac 12 in 2014. After her playing career ended, Jones attended Tulsa to earn a master’s degree and a Certified Strength and Conditioning Specialist certification.

In 2017, Jones was the head coach of Garfield High School in Seattle. That team posted a 19-8 record and made a trip to the Washington Interscholastic Activities Association state championship. Jones was named the 3A Metro Coach of the Year.