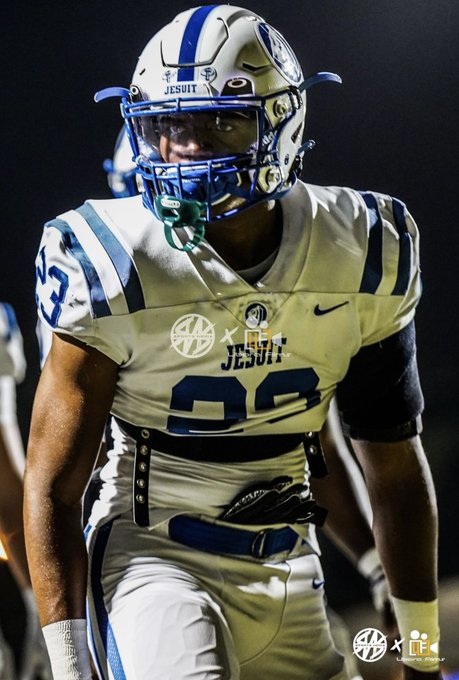 Ohio State will still look for its first linebacker in the 2023 recruiting class.

The Buckeyes missed out on Tampa (Fla.) Jesuit four-star linebacker Troy Bowles on Saturday when he chose to play college football for Kirby Smart and Georgia. Bowles is the No. 44 overall prospect and No. 2 linebacker in 2023. He committed to UGA over Ohio State and Oklahoma.

Bowles (6-1, 205) was offered by Ohio State after camping with the Buckeyes last summer, and he returned for an unofficial visit in September before taking his official visit the weekend of June 24. He also took official visits to Georgia and Oklahoma.

“He’s one of the more complete three-down linebacker prospects to come out of Florida recently given his ability to not only take on blocks and blitz, but also cover tight ends and running backs,” said 247Sports southeast recruiting analyst Andrew Ivins. “He has done nothing but produce since he was a freshman at one of the Sunshine State’s more tradition-rich high school programs, totaling over 250 tackles, 12 sacks and five interceptions his first three years on varsity.

“He’s an intelligent player that has a good feel for what’s going on around him, which isn’t surprising given the fact that his father is an NFL defensive coordinator.”

As Ivins mentioned, Troy’s father, Todd, is a longtime NFL coach and the current head coach of the Tampa Bay Buccaneers. Troy’s brother, Todd Bowles Jr., is a defensive back at Rutgers.

Ohio State missed on Bowles, but they are still looking to take three linebackers in this recruiting cycle. Other key targets for the Buckeyes include Many, La., four-star Tackett Curtis (6-2, 218) and Cleveland Glenville four-star Arvell Reese (6-4, 212).

The Buckeyes have the No. 2 recruiting class for 2023 behind Notre Dame. They have 18 commits, including two five-stars, 14 four-stars and two three-stars. Their overall prospect rating leads the nation at 93.67.