Shooting Slump Nothing New For Ahrens 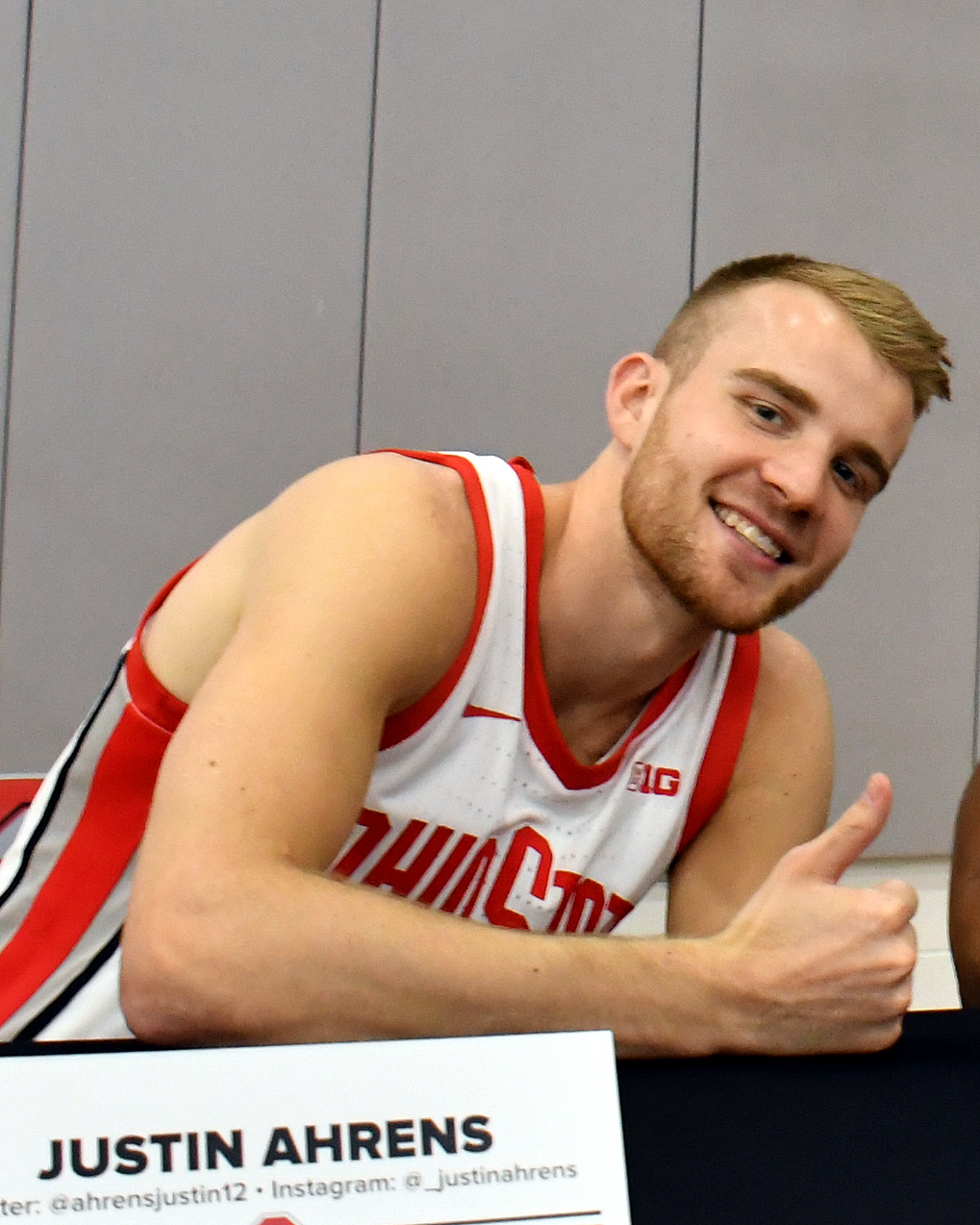 Since Dec. 11, Ohio State senior winger Justin Ahrens is shooting just 21.2 percent from deep on 4.7 attempts per contest, good for 3.9 points in 24.9 minutes per game. He’s made more than one shot from deep in just one of Ohio State’s last seven games, when he went 2 for 6 against Indiana. He hasn’t seen the free throw line since the Nebraska game and has more fouls (1.9) per game than made shots (1.1).

Despite his struggles, head coach Chris Holtmann has affirmed his confidence in Ahrens’ ability to pull out the slump and provide a valuable threat from outside for the Buckeyes.

“Justin has to just cut loose and play, play with a little more juice and confidence,” Holtmann said. “He’s overthinking it a little bit because he’s a tremendous shooter. Tremendous. I really don’t worry about him at all. I think he’s going to hit his stride. The least of my concerns is Justin Ahrens’ shooting.

“He’s shot it well in practice. Now, in practice, it’s like league play. They don’t leave him a whole lot, but he’s still shot it really well.

“We’ve maybe got to find some ways to free him up. I do still think he was getting his legs back these first couple of games. I don’t worry about him, though. He’ll bounce back. He’ll find openings and find opportunities.”

For Ahrens, a Big Ten shooting slump is nothing new. The senior from Versailles, Ohio shot 22.7 percent from deep in the last nine games of the season last year and made only two attempts in nine tries across the final seven games of his sophomore season after shooting nearly 44 percent on 2.5 attempts per game in his first 19 games.

But Ahrens has never really emerged from his previous two cold stretches. In hopes of keeping him away from a similar fate this season, Ohio State is sticking to him as a member of the starting lineup and preaching the importance of staying confident.

“I said, ‘Think back on your career and when you’ve been your best or you’ve shot great or played well. How many of those times were you in a frustrated state? Were you upset? Were you hanging your head?’ ” assistant Ryan Pedon said of Ahrens. “Hopefully giving him some perspective.”

“Great shooters have short memories. He’s got a proven track record. We’ve got a lot of confidence in Justin and how he’ll respond to a couple of games where he’s maybe not shooting as well as he’s accustomed to.”

Teammates are rallying around him too. Against IUPUI, after four shots went begging, he finally knocked down his fifth try. Afterward, when asked if they have any hesitation in passing him the ball, Cedric Russell and Jimmy Sotos insisted there are no such concerns.

“I have no hesitation to pass him the ball, I’ve seen him make it. He just needs to keep shooting.”

And as for that shot itself against the Jaguars, though it came with just six minutes left in a blowout, the Buckeyes are hoping that shot could be the one to guide him back into form.

“All it takes is one,” Sotos said, flashing a toothy grin afterward when asked if he felt that shot could be the one. “Just needs one.”