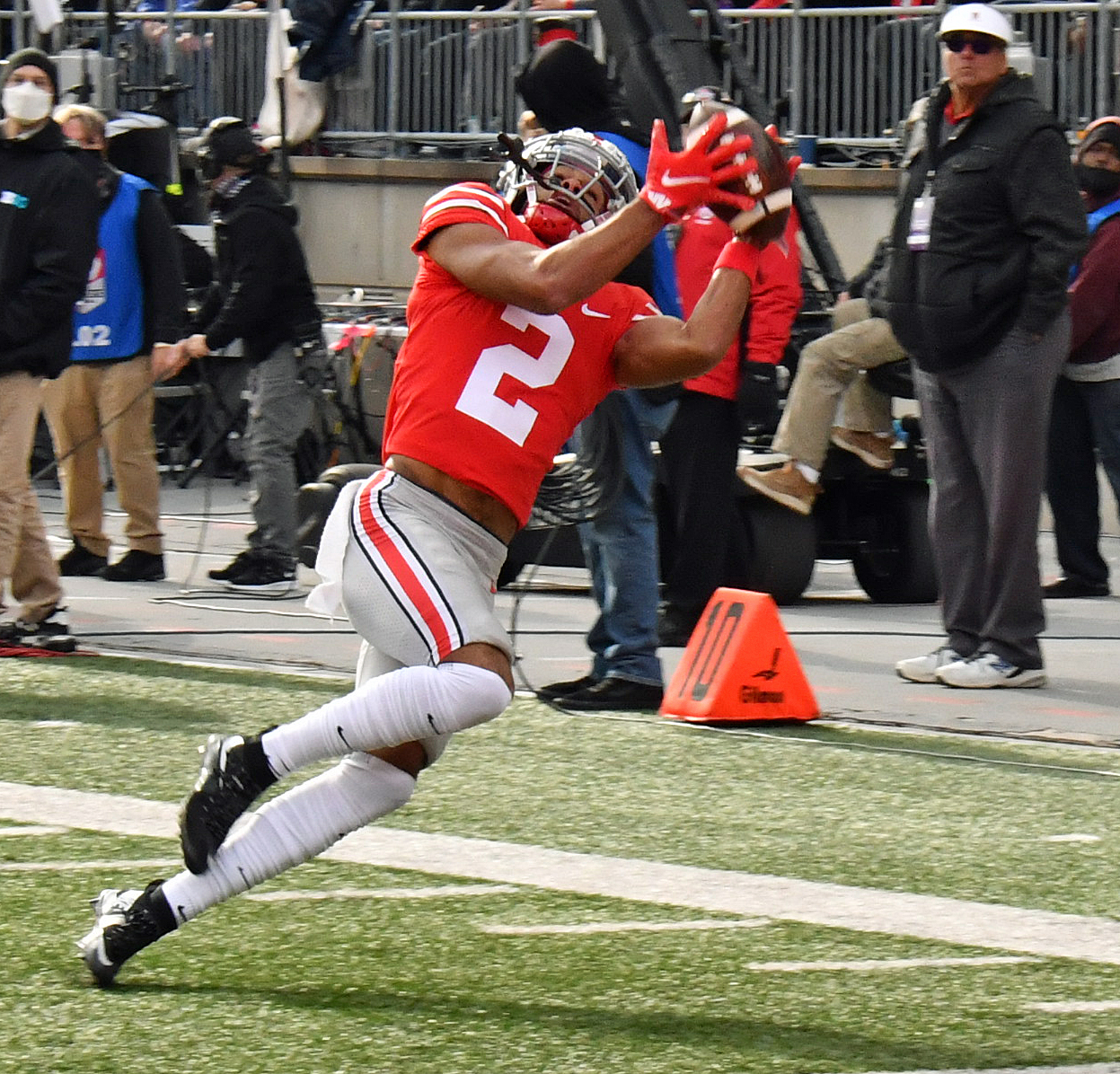 Seven former Buckeyes, including defensive linemen Haskell Garrett and Tyreke Smith, offensive linemen Thayer Munford and Nicholas Petit-Frere, tight end Jeremy Ruckert and wide receivers Chris Olave and Garrett Wilson, all participated in the NFL Scouting Combine this past week in Indianapolis in one of their final chances to impress before the NFL Draft.

They had a chance to get final measurements and meet with NFL teams, but as with most years, the highlight of the combine was the 40-yard dash, in which one former Buckeye impressed.

Olave’s time was later adjusted to a 4.39, but it was still the eighth-fastest among wide receivers. Along with Wilson, who finished with a 4.38, they were only the second pair of wide receivers from the same team to run a sub 4.40. The other duo to accomplish this feat was former Ohio State wide receivers Parris Campbell (4.31) and Terry McLaurin (4.35) in 2019.

“They do a great job of that,” Wilson said of Ohio State’s development of wide receivers. “They do probably one of the best jobs. Every year, you see all the people that come out and compete or participate in things like the combine and make an impact on the next level right away. And you’ve got to credit that to Ohio State. They do a great job developing all of us.”

One Buckeye that had a limited impact at the Combine was Ruckert, who suffered a foot injury in the Senior Bowl earlier this year and did not participate in on-field workouts. He does expect to be ready for Ohio State’s pro day on March 23.

“It wasn’t really anything big, I just couldn’t really do a little bit for a couple of weeks so I didn’t want to come out here and not be prepared or hurt it a little bit worse,” he said. “Nothing serious.”

Beyond the opportunity for teams to get in some additional scouting and meet with players, it provides another chance for players to boost their stock heading into the NFL Draft, which begins April 28.

Olave and Wilson are expected to be first-round selections, but for other Buckeyes in attendance, it was an important week for their pro potential.

Full measurements and results from the combine can be found below: